In 2016, news was regularly marked with the deaths of some of the most iconic and influential actors, musicians, writers, and athletes from throughout popular culture. Just days before the year’s end, the world lost Carrie Fisher and her mother Debbie Reynolds just a day apart. While both are legendary Hollywood stars whose legacy will live on long after they’re gone, news of Fisher’s passing has centered — perhaps a bit too strongly — on her role as Leia Organa in the Star Wars saga.

Although her performance as the feisty princess-turned-general in many of the franchise’s films had the biggest impact of all her onscreen roles, Fisher was also an esteemed comedienne, novelist, screenwriter, and mental health advocate.

In addition, she appeared in numerous television series and films outside the Star Wars franchise. Here are just a few of the most memorable Carrie Fisher movies.

In her mid-teens, Fisher took on the small role of Lorna Karpf in Hal Ashby’s satirical romantic comedy/drama. While the feature marks her film debut, the actress more than holds her own against star Warren Beatty, laying the groundwork for the charismatic on-screen persona she would later develop.

This classic comedy based on the Saturday Night Live sketch stars Dan Aykroyd and John Belushi as the titular musicians, but Fisher has one of the most fun roles as the destructive “mystery woman” the men encounter on their mission to reunite their band.

This Oscar-winning Woody Allen film features an ensemble cast that includes Allen, Michael Caine, Mia Farrow, Barbara Hershey, and Dianne Wiest. Yet, Fisher still stands out as April, a friend and business associate of Holly (Wiest), making the most of her limited screen time as a key supporting player.

This Tom Hanks film — released before the actor became the Oscar-winning dramatic star we now know — features Fisher as Hanks’ wife, and the black comedy/horror is all the richer for having her onboard. She brings a depth and charisma to a role that could have easily been flat in lesser hands.

This comedy stars Patrick Dempsey as a pizza delivery boy who gets embroiled in a web of seduction. Fisher plays an aspiring photographer who is among his many love interests, and the role — one of three standout performances Fisher would deliver that same year — is all the more memorable for her work.

Billy Crystal and Meg Ryan remain one of the best romantic comedy couples of all time, but let’s not forget Bruno Kirby and Fisher, who play the stock best friends of the titular friends turned lovers. Though she is given a role that remains mostly on the periphery of Harry and Sally’s story, Fisher infuses life into her part and strikes up genuine chemistry with Kirby.

This comedy offers a satirical look at the world of daytime soaps, and Fisher — in a small role among a stellar ensemble cast — brings some real verve to her part as casting director Betsy Faye Sharon. In the above clip, Fisher demonstrates her proven skill in playing a strong woman and making the most of every single comedic beat.

Fisher’s role in Mike Myers’ send-up of 1960s spy adventures is limited to only a single scene, but it’s a doozy. As the head of the therapy group attended by Dr. Evil (Myers) and his son Scott (Seth Green), Fisher gets some top-notch reaction shots, especially after Dr. Evil tells his sordid story.

Despite her struggles with substance abuse and mental illness, Fisher never shied away from her demons. In fact, this documentary film of the stage production based on her best-selling autobiographical book reveals just how fearless she was and how her intelligence and sense of humor helped her thrive over the years. 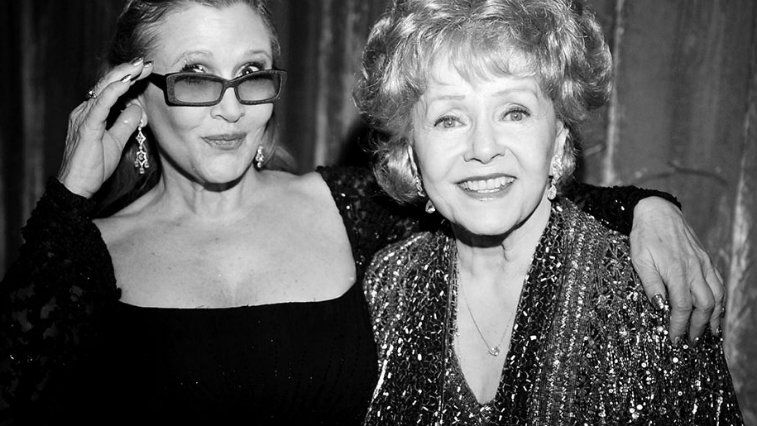 Fisher’s death stung even more due to the passing of her mother, Debbie Reynolds the very next day. This HBO documentary explores the unsinkable bond between the two women, and while it has yet to air on the network, the response at film festivals has been universally positive.

Over the years, Fisher made various cameos on film and television sending up her fame as Princess Leia, but one of the best came in Wes Craven’s Scream 3, in which she plays a former actress who was once up for the iconic Star Wars role but missed out. It’s a brief scene but classic Fisher. She will be dearly missed.