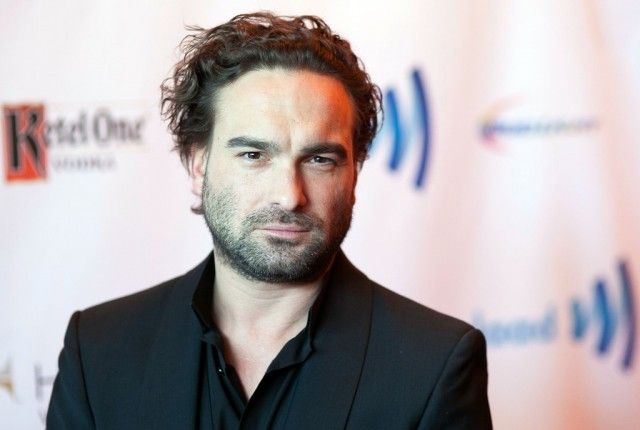 The Big Bang Theory star Johnny Galecki is leaving comedy behind and showing off a scarier side for his next role. The actor has just signed on to play one of the leads in Paramount’s Rings, the forthcoming installment of the horror franchise about a cursed videotape that kills its viewers within a week.

Rings marks the third movie in the long-running series, following 2002’s The Ring and 2005’s The Ring Two. Directed by F. Javier Gutierrez and co-written by screenwriters David Loucka, Jacob Aaron Estes and Akiva Goldsman, Rings is reportedly set 13 years after the events of the original film. It will follow a young woman fighting to save her boyfriend after he watches the infamous tape. According to Deadline, Galecki is on board to play Gabriel, a handsome, “pleasure-seeking professor” who mentors and guides boyfriend and girlfriend duo, Holt (played by Alex Roe) and Julia (Matilda Lutz) after they encounter the curse.

For Galecki, the new gig is a notable switch from the comedic characters he’s best known for, including his part of David Healy on the mid-to-late 1990s sitcom Roseanne and his current role on CBS’s The Big Bang Theory. While both may be intellectuals, Deadline reports that the role of Gabriel is described as a “complete departure” from Galecki’s lovable nerd character, Leonard Hofstader, on the smash hit sitcom. With The Big Bang Theory currently in its eighth season and already greenlit through season 10, Rings could give the actor the opportunity to remind audiences that he’s more than the funny, geeky persona he’s created on TV.

His role could also mean good things for the studio, which is no doubt hoping that Galecki’s involvement will draw some of the millions of dedicated TBBT viewers to theaters and help the film become as successful as its predecessors. The Ring, based on the Japanese film Ringu, grossed $249 million at the time of its debut and proved the box-office clout of both star Naomi Watts and director Gore Verbinski. In addition to being a commercial success, the movie earned a favorable response from critics.

As is usually the case with sequels, The Ring Two wasn’t as well-received as the original. It also didn’t earn quite as much at the box office, but still garnered a strong $161.4 million worldwide. Should it perform as the studio hopes, Rings could potentially beat those earnings and help get the franchise back on top.

While Galecki still has several seasons of The Big Bang Theory left to go, he also has various new projects in the works, aside from Rings. The actor seems to be making a clear effort to move his career outside the sitcom world and into a new stage in recent months. In March, he launched his own Warner Bros.-based production label, Alcide Bava Productions, which will develop TV series and features films. The company already has one notable project in the works with the Bobby Miller-directed film, The Master Cleanse, which Galecki is also set to star in.

Rings is scheduled to hit theaters on November 13.