When Big Little Lies premiered in winter 2017 on HBO, it had all the makings of a Hollywood hit. With A-list stars, a compelling murder mystery, and gorgeous production values, it looked and felt like a movie. But it was a miniseries — a great one, at that.

BLL was a runaway hit for the premium cable channel. It impressed critics, scored huge ratings, and left fans clamoring for more. So, for creator and writer David E. Kelley and director Jean-Marc Vallée, the series’ huge wins at the 2017 Emmys probably felt like icing on an already amazing cake.

But for one of the series’ stars, the ongoing success of Big Little Lies is especially sweet. That’s because the series likely never would have come to fruition at all if it weren’t for her hard work.

1. Great roles for women are hard to come by in Hollywood 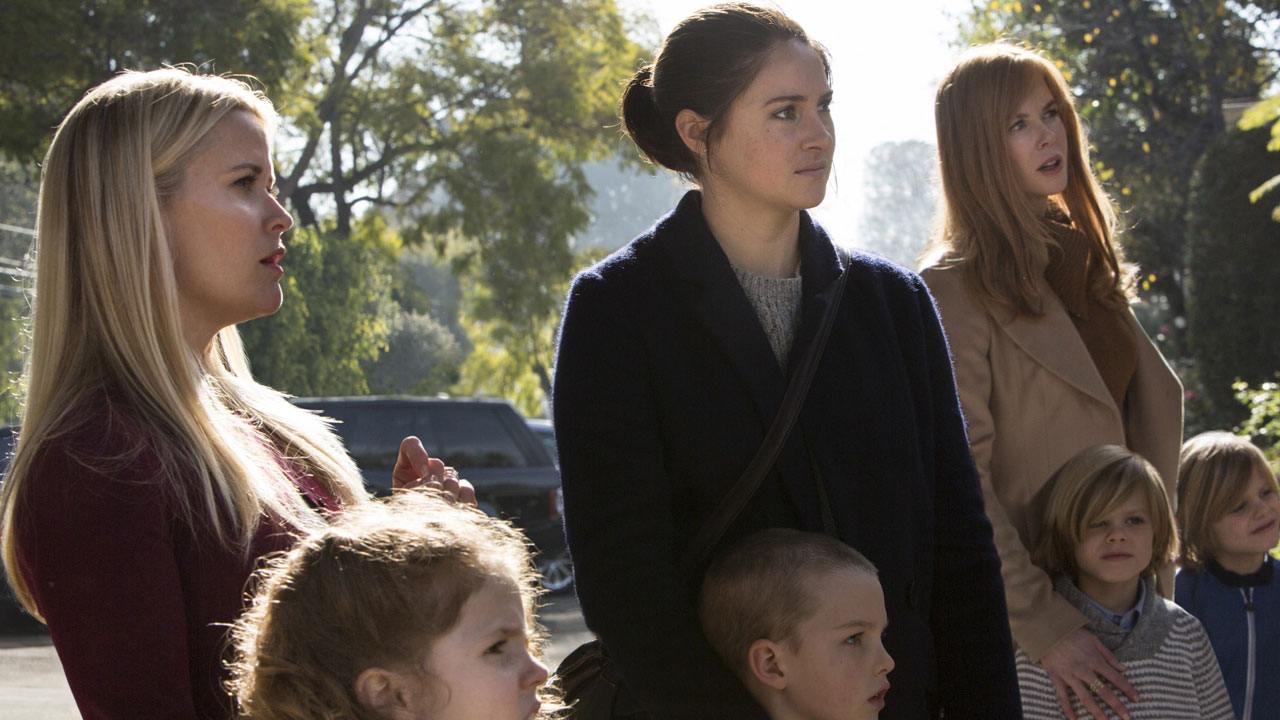 Women in Hollywood often fight an uphill battle. And it’s one that gets harder as they get older. Big Little Lies stars Nicole Kidman and Laura Dern have been open about their struggle to find well-written roles for women in their age groups.

And their costar, Reese Witherspoon, faced similar uphill battles. She told Variety that, in 2012, she took a look at the scripts she’d been offered and was shocked. “I think it was literally one studio that had a project for a female lead over 30.”

The Legally Blonde star was disappointed because, as she stated,  “My daughter was 13, and I wanted her to see movies with female leads and heroes and life stories.” So Witherspoon decided to do something about it.

In 2012, Witherspoon decided she couldn’t wait for great roles to fall into her lap, because there simply weren’t enough out there. So she approached her agent with an idea. She told Variety, “I called my agent and said, ‘I need a producing partner.'” That’s how she connected with Bruna Papandrea.

The Australian producer was someone who had everything Witherspoon was looking for: “Someone who is well-liked, has development experience and on-set experience. And that’s a tall order.”

Together, they formed Pacific Standard — a company that Witherspoon self-funded for five years. And they immediately started looking for female-driven projects they could bring to the screen.

3. She fought to get the rights to adapt popular books

Witherspoon and her team fought hard for the series. | Kevork Djansezian/Getty Images

Witherspoon and Papandrea decided to look to literature for great potential projects. And within two years, they’d snagged the rights to adapt numerous popular books for film and TV. Two of Pacific Standard’s first big projects were unqualified hits — 2014’s Gone Girl and Wild, the latter of which Witherspoon also starred in and received an Oscar nomination for.

4. Witherspoon was essential in bringing Big Little Lies to the screen

The show would not have been the same without her. | Charley Gallay/Getty Images

For her portrayal of the fast-talking, anxiety-prone Madeline in Big Little Lies, Witherspoon received almost universal acclaim. But in addition to a stunning on-screen performance, the actress worked behind the scenes as one of the series’ executive producers.

And Witherspoon played a big role in many of the series’ biggest decisions. Among the choices she helped make was who would direct Big Little Lies. Witherspoon “handpicked” her Wild director, Vallée. And she also brought on another famous face to help her get the project off the ground.

5. Witherspoon wasn’t the only Big Little Lies star behind the scenes

Nicole Kidman joined Reese Witherspoon as both a designer and producer in the series. | Brendon Thorne/Getty Images

As soon as Witherspoon discovered Moriarty’s novel, she knew she wanted to option it. But she also wanted another actress’ perspective, so she called Nicole Kidman. The Australian actress was every bit as excited about Big Little Lies‘ potential. And she was happy to channel her own frustration at the lack of great roles for women into something productive.

Kidman eventually joined Witherspoon as an executive producer on Big Little Lies. She even met with Moriarty to get the author on board for an adaptation.

6. Witherspoon and Kidman have been vocal about female representation in Hollywood 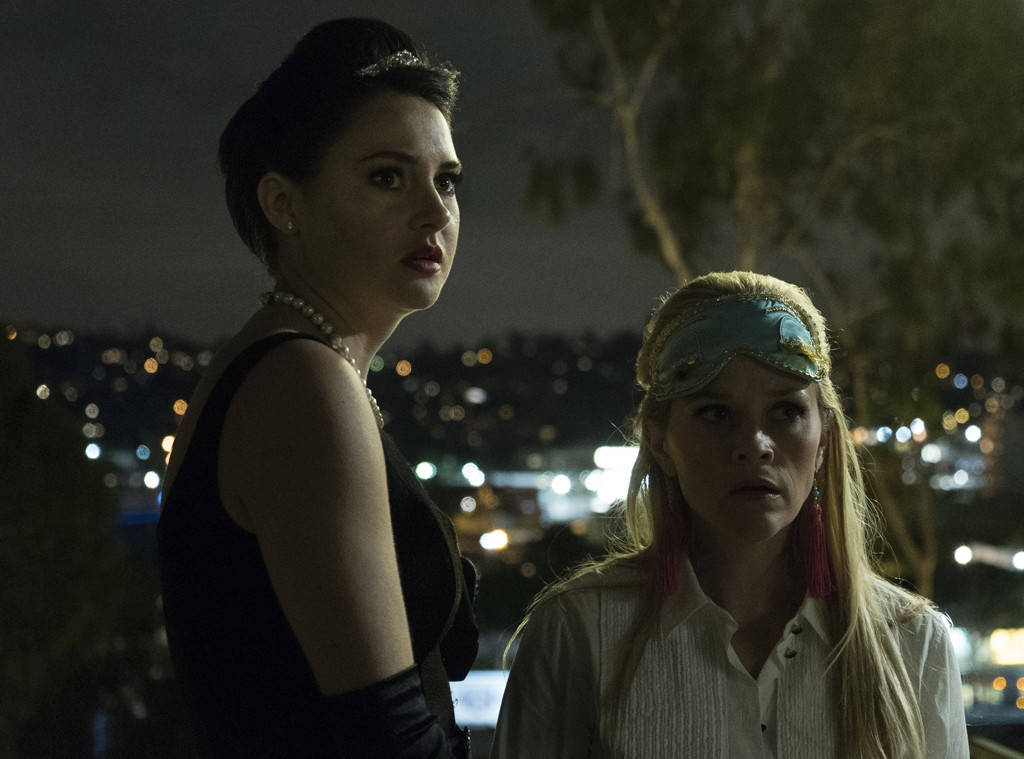 The series was packed with strong female characters. | HBO

Kidman and Witherspoon have been friends for years. But before Big Little Lies, they never had a chance to work together. That’s largely because, in many cases, the films they starred in only had one main female character. Both actresses have been outspoken about the need for more diverse storytelling where women are concerned.

“I don’t see women at the center of their own movies as much as I would like to,” Witherspoon told CBS News. Kidman, for her part, has also spoken at length about the benefits of female-driven stories. She told The Los Angeles Times, “Seeing five women front a project is not common — and it shouldn’t be that way.”

Fans are hoping to get a second season of the show. | HBO

There are many lessons we can learn from Big Little Lies’ success. While many Hollywood heavyweights balked at the idea of a series focused almost entirely on women, it’s clear that many of us have been craving these kinds of stories. Witherspoon knew this, as did Kidman and their costars.

So it was only right that the two actresses accepted the series’ awards when it cleaned up at the 2017 Emmys. Both actresses hoisted trophies for Best Limited Series, and Kidman won for her portrayal of Celeste. She told the Emmy audience that she hopes BLL’s success will mean “more great roles for women.”

Witherspoon told The Los Angeles Times, “We wanted to show the rainbow of the female experience, which I think is sort of absent in Hollywood in a lot of ways.”

Given Big Little Lies’ popularity, other networks and studios could begin to reconsider their reluctance to tell these kinds of stories. And now that the series has a second season coming to HBO, hopefully Witherspoon and the rest of the BLL crew will get a chance to keep telling theirs.