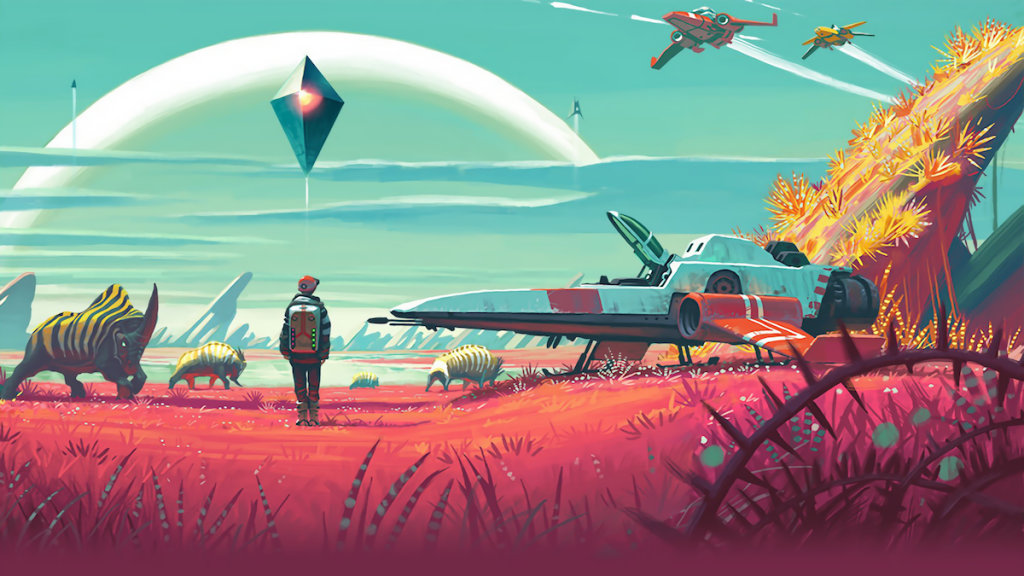 The summer of 2016 is upon is, so the big question is: What video games will you be playing? Of course you’ll spend time outside enjoying the weather, but you have to come in sometime. And when you do, you’ll want a hot new video game to dive into. It wasn’t long ago when summer game releases were few and far between. But thanks largely to the increasingly common practice of video game delays, more and more big games are coming out all months of the year. So here’s a look at all the biggest games coming out this summer.

This game mashes up two franchises that are big in Japan and gradually gaining mindshare in the U.S. Shin Megami Tensei is a series of role-playing games centered around going out to battle and collect demons. Think of it like a mature version of Pokémon.

Fire Emblem is a series of turn-based strategy games that pit small armies against each other on grid-based playing fields. Both sets of games are known for their appeal to hardcore gamers, because they get complicated pretty quickly.

This crossover, frankly, looks little like either series. It takes place in modern-day Tokyo and centers around an aspiring J-pop star, who summons Fire Emblem characters to fend off interdimensional demons who have invaded the city. It sounds downright bizarre, but if you’re a fan of either series it’s based on, it may be worth a look.

Since there have been roughly 10,000 LEGO games and they’re all pretty similar, it’s safe to assume we know what to expect from LEGO Star Wars: The Force Awakens. But that doesn’t mean it’ll be bad. Expect to explore a blocky version of the Star Wars galaxy, breaking things and building things as you hit all the major plot points of Episode VII.

But because LEGO games are often based on entire trilogies and tend to move fast, the developers promise a number of extra levels and exclusive content in this one. In case you haven’t played a LEGO game before, the trailer above gives you an idea of how it goes.

From the makers of the tremendously gloomy yet gorgeous game Limbo comes Inside, a game that looks, well, tremendously gloomy, yet gorgeous. Like its predecessor, the game takes place from a side-scrolling perspective, but here other people also populate the game world. You can expect to encounter plenty of environmental puzzles that will leave you scratching your head until you come up with a solution, at which point you’ll feel like a certified genius. Nearly everyone who’s played through Inside says the four-hour experience it offers is absolutely incredible, so be sure to keep an eye on this one. It just might be one of the best games coming out this summer.

It might not be one of the biggest games coming out this summer, but it’s based on one of the biggest movies of the summer. The all-female Ghostbuster movie hits theaters July 15, but you can play the game early. It’s not directly based on the movie, but this game lets you and your friends control four new Ghostbuster recruits as they try to send supernatural beings back to where they came from. It doesn’t look nearly as ambitious as the 2009 Ghostbusters game that was scripted by Dan Ackroyd and Harold Ramis, but it may give fans some decent ghost-busting action.

Developer Rocksteady redefined what a licensed game could be with the Arkham series, so why not slap on a fresh coat of paint and bring these modern classics to current systems? Collected here are Batman: Arkham Asylum and its open-world sequel Batman: Arkham City. They’re both top-notch stealth-action games that put you in the armored boots of the Dark Knight and have you go up against an iconic and twisted set of villains. The only thing missing is Batman: Arkham Origins, which was developed by a different team. If you haven’t played these games, or you’d like to revisit them, this collection is for you.

Hands down, No Man’s Sky is one of the biggest games coming out this summer. That’s because it’s made up of (literally) billions of planets, each with its own flora and fauna. Your job is to explore as many of these worlds as you can, naming the new species you find, collecting resources, and blasting hostile ships out of the air. It looks like a ton of fun, and is easily one of the most anticipated video games of 2016.

This might not be the Metroid game fans wanted, but that doesn’t mean it will be bad. It’s a co-op first-person shooter in which you and others play not as Samus, but as marines from the Galactic Federation. In the campaign mode, you and your crew will run missions on planets from the Metroid Prime series, shooting aliens and working together to complete whatever goal you’re given.

The other half of the game is a sport called Blast Ball. It features similar gameplay mechanics, but here you’re trying to shoot a ball into a goal. None of this looks like previous Metroid games, but it comes from talented people, so it’s worth keeping on your radar.

If you like games that do it all, look no further than Deus Ex: Mankind Divided. It’s a shooter, a stealth game, and a role-playing game all rolled into one and wrapped in a cyberpunk package. If it plays like previous entries in the series, expect to be able to tackle the game’s challenges any way you see fit. This is definitely one of the biggest games coming out this summer.

If you haven’t played a Madden game before, you probably don’t care to start now. But if you have, you already know basically what to expect from any new installment: the best football simulation game on the planet, with current rosters and a few added tweaks. For this year’s installment, the developers promise a new practice squad, full-player editing, and an in-game ticker to keep you up to speed on the scores of real-life football games. Just watch out for that Madden curse.

The makers of Mega Man and Metroid Prime are heading up development of this Microsoft exclusive. The game takes place in the distant future on a world called Far Eden. It follows the adventures of a woman named Joule and her robot companions as they go around messing up enemies and collecting their glowing blue cores. The action looks fast and fluid, which should make for an enjoyable romp.

Like Madden, fans of basketball video games probably know what to expect from a new NBA 2K game. Last year’s installment got rave reviews, so it’s safe to assume they’ll keep what works this year, offering up a digital version of the game that’s as close to the real thing as possible.

This one comes out just after the end of summer, but it’s close enough that we’ll allow it. Forza Horizon is one of the most fun racing series around. The games take place in open worlds, with a wide variety of race types scattered around the map. This installment drops drivers in Australia, so you can expect to drive all manner of vehicles through environments from highways to dunes, and even forests. And if you get lonely driving solo, you can invite up to three friends for some good old co-op racing.

If it seems like we’ve been waiting forever for this game to come out, you’re right. It was first announced in 2006 under the title Final Fantasy XIII Versus. It’s undergone tons of changes since then, to the point where it hardly even looks like the Final Fantasy games we know and love. Whether the changes will work or not remains to be seen, but it’s hard to find another game launching in 2016 with more hype.

Putting the word “attorney” in the title of a game makes it sound like work, but the Phoenix Wright games are anything but boring. These games are visual novels, which means much of your play time is spent reading dialog. But the stories are equal parts silly and entertaining, with great characters and intriguing mysteries for you to solve. This installment finds Mr. Wright traveling through a town whose trial defendants don’t always get lawyers, and he refuses to let them go undefended. It’s up to you to solve the crimes and make your case in court. It might not be flashy, but for 3DS owners, it’s definitely one of the biggest games coming out this summer.