Bill Hader’s ‘Barry’: What to Expect in Season 2 on HBO

When HBO’s Barry debuted in March 2018, it put another feather in the cap of the premium-cable network. At a time when the hit comedy Veep was off the air and Vice Principals had recently concluded its two-season run, Barry filled several voids at once. By the end of the year, its wide critical acclaim translated into the show three Emmy awards and another three Golden Globe nominations.

The show marked just as big a moment for writer-director-star Bill Hader. Since Hader’s departure from SNL in 2014, he’d done great work on Documentary Now! and Amy Schumer’s Trainwreck, but Barry represented the first major-network show the veteran comic actor could call his own. Most agree Hader made the most of that opportunity.

HBO certainly agreed, and announced the show’s renewal for a second season weeks after Barry’s premiere. As we get closer to Season Two (likely March/April 2019), here’s a look at what fans can expect from a comedy about a hitman trying to make it as an actor in Hollywood.

Barry in ‘a massive quandary’ in a darker Season 2 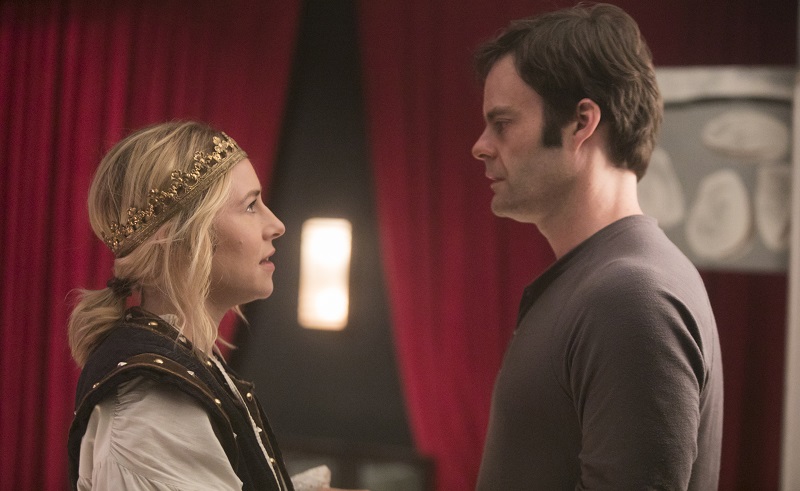 How do you get darker than Season One of Barry? Fans will have to wait and see exactly what that entails, but Hader promised he is taking the show to such a place the second time around. He told Variety that Barry finds himself in “a massive quandary,” which is something you could have said about his predicament in the show’s first installment.

After all, it’s not normal to have organized crime bosses and local cops on your tail while you hide your secret life from everyone you care about. And it’s far from ideal to shoot at the significant other of your mentor/friend/teacher after a quiet night in the country.

However, if Detective Moss didn’t survive the shootout on the dock (Have any of Barry’s targets?), Barry would indeed have more pressure on him from law enforcement than before. On top of that, he’d be coping with the grief of Gene Cousineau (Henry Winkler) and a terrified Sally (Sara Goldberg).

If we had to guess based on Hader’s reaction at the close of Season One, he seems to think he finished off Moss. But strange things can happen in fiction, so we’ll wait and see.

Hader to direct another 5 episodes in Season 2 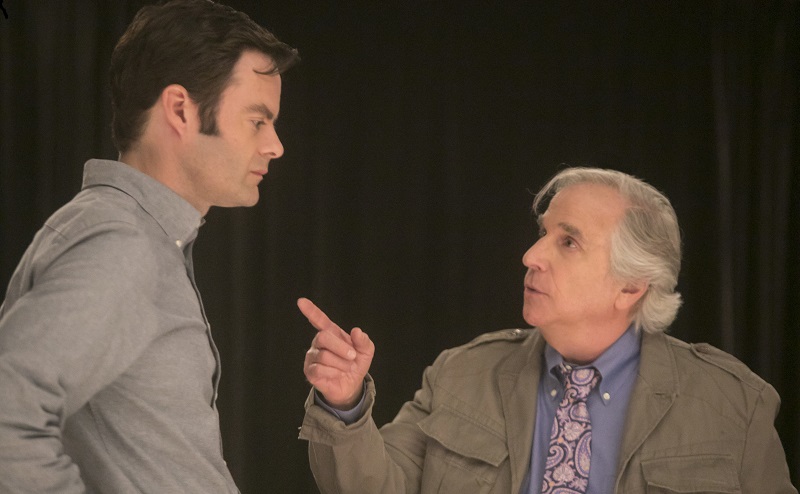 Hader and Henry Winkler both won Emmys for their performances on ‘Barry.’ | Jordin Althaus/HBO

While Hader posted seven writing credits in addition to his acting work in Documentary Now!, his directing work on Barry represented his debut in that area of production. According to Variety, neither HBO executives nor co-creator Alec Berg worried that Hader could pull off helming five episodes.

Hader will be back in the director’s chair for another five episodes in Season Two. According to Berg, Hader is even more confident in his talents in this area the second time around. So fans can expect better overall production in the second installment of Barry (something you always hope for after a promising show’s debut).

Most importantly, we can expect more of Hader in the title role and Winkler in the role of Cousineau. (Both ended up with Primetime Emmys for their performances in Season One.) Fans of Goldberg (Sally) can also take solace in the fact she didn’t get bumped off during the offseason — Hader spoke to Variety about scenes they worked on together.

Barry’s Season Two will premiere in the spring, so it could match the late March-early April timing of the first season. Looking ahead, Hader said he and Berg have a vision that takes them into even more seasons. But to get there, they’ll have to convince the audience (and HBO execs) first in Season Two.