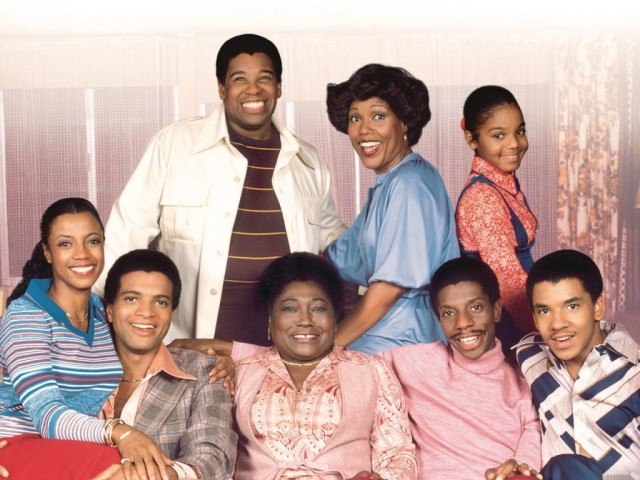 Sony’s Good Times movie is finally gaining some momentum, years after it was initially announced. Black-ish creator Kenya Barris has just signed on to help develop the first feature film based on the socially conscious 1970s CBS sitcom.

Developed by Normal Lear, Good Times originally aired from 1974 to 1979 and was a spinoff of the sitcom Maude. The series chronicled the story of working-class African-American couple Florida and James Evans (played by Esther Rolle and John Amos) and their three children as they lived in a housing project in an impoverished neighborhood in inner-city Chicago during a socially turbulent time period. Good Times was considered a groundbreaking series at the time of its airing. During the six-season run, the show provided a realistic portrayal of life in financial hardship and the struggle of underprivileged parents to provide for their family.

Sony first announced plans to turn Good Times into a feature film in 2013, but no information about the project’s development has been revealed in the years since — until now. According to Deadline, the studio has officially tapped Barris to pen the screenplay for the big-screen adaptation. The screenwriter is currently riding high on the success of his hit ABC sitcom Black-ish, which debuted in the fall to strong ratings and is now considered a shoo-in for a second-season renewal.

Though no specific details regarding the developing film have been revealed, the big-screen version will reportedly take place in the 1960s. One of the original Good Times creators, Eric Monte, will serve as executive producer, as will Tammie Evans and Carlena Harris, the daughters of late co-creator Mike Evans. Meanwhile, Scott Rudin (The Social Network) and Eli Bush (Top Five) are also on board to produce the feature.

Barris seems like a good match for the developing project. The writer, who has also previously penned episodes of shows like Are We There Yet? and The Game, has plenty of experience effectively scripting story lines that mix themes of cultural issues and socioeconomic status. Black-ish, which stars Anthony Anderson, Tracee Ellis Ross, Yara Shahidi, Marcus Scribner, and Miles Brown, follows a family man struggling to pass on his sense of ethnic identity to his kids while raising them in a predominantly white, upper-middle-class neighborhood. Since its debut last year, the show has garnered a positive critical response for engaging cultural issues with wit, humor, and intelligence.

Barris will need to prove to be equally adept at tackling similar themes in Good Times, but his success with Black-ish certainly seems like a great indicator of the upcoming project’s potential. With him on board, there’s a good chance that the Good Times film will be just as entertaining, funny, and socially aware as the original groundbreaking sitcom.

Barris’s participation will also hopefully help make the movie a higher priority for the studio, after about two years stuck in development limbo. At this point, the film is still in early stages, and it will likely be some time before it hits the big screen. No potential production schedule has been revealed just yet.

In the meantime, Barris’s Black-ish airs on Wednesdays on ABC. In addition to working on the sitcom and penning Good Times, the screenwriter is also attached to write the script for the upcoming Barbershop 3.