Director Scott Cooper’s 2013 Out of the Furnace was a pleasant surprise. So, when it was made known that Cooper would be working on a film about the life of the infamous gangster James “Whitey” Bulger, fans of his work (which also includes Crazy Heart) became anxious — to say the least.

That’s not to say that this movie, Black Mass, is beyond reproach, because with Johnny Depp in the lead role, the poignancy of the project could be in question, for he’s struggled with selecting roles in the past couple of years. “Mass” could have become “mess,” if the pace had proven faulty, or the acting too stylized.

Luckily enough, the “mess” descriptor will not be put to the test here today because Black Mass is a successful, even electrifying film, that forces viewers to witness (and maybe sweat or pull at their suddenly constricting shirt collars) the lawlessness that occurred on the streets of South Boston in the 1970s, ’80s, and early ’90s. And go figure, it appeared to be FBI-sanctioned lawlessness.

Right when you think the narrative begins to thin out, or that Cooper is tossing too much into the pot, Whitey Bulger does something so unpredictable, so profound, that your jaw will assuredly drop lower than it had in the previously eccentric scene. This momentum carries through the entire movie; the through-line is that the operation Bulger set up was so intricate, and was padded so thickly by the feds that the whole affair practically became a farce. Bulger made the feds look like Keystone Cops.

More specifically, the film is about the dynamic between FBI agent John Connolly (Edgerton) and fellow South Boston comrade Whitey Bulger, who starts as a small-time gangster in the New England city. Connolly, expressing an unshakable sort of loyalty towards Bulger, sets up an alliance between him (his agency) and Bulger’s gang, the Winter Hill Gang.

Bulger and fellow enforcers Kevin Weeks (Jesse Plemons), Stephen Flemmi (Rory Cochrane), and Johnny Martorano (W. Earl Brown) start to expand their reach on the Boston streets as Connolly manipulates his colleagues at the agency, allowing Bulger to act as an “informant” while still carrying out his heinous crimes. In return for his free reign of the city, Whitey is supposed to provide intelligence to Connolly and John Morris (David Harbour), and the latter man turns a blind eye for years as Bulger provides hardly a shred of useful information.

As Whitey sinks deeper and deeper into the criminal life following the premature death of his son, and expands his enterprise into Florida, McGuire (Bacon) and company begin, at last, to question the methods of Connolly in providing a safe haven for Bulger. With the help of new prosecutor Fred Wyshak (Stoll), the government makes its move against Bulger and his foot soldiers.

There is no lack of plot in this character-driven film. Perhaps the most important feat is that while Bulger is undoubtedly the main character, and carries much of the weight of the film, Cooper does a nice job in distributing the screen time, and framing the whole narrative through the eyes of Bulger’s own men (with interviews from Whitey’s post-kingpin days).

The end credits also feature a fascinating montage of crime photos and “where are they now” summaries.

Comparing to other films like American Gangster, Mystic River, American Hustle (sans the humor), and possibly even Public Enemies, Black Mass will probably make a handful of “Best Mob Movies” IMDb lists, and Cooper deserves much of the credit for that.

Perhaps another chilling notion is that, again, it’s all true; when the verisimilitude is at a high level, pervading the script and the scenery, the film is in effect firing on all cylinders. Black Mass does just that.

As you take this roller coaster ride with Whitey Bulger and company, notice the fine attention to detail, the oddly acceptable wig on Johnny Depp, and more generally, the crispness of this crime thriller. The most significant supporting character, who may even be a co-lead, Connolly, sinks just about as low as the rest of the gang. So, if viewers are able to take something away from the film, it’s that hopefully stricter precautions are now utilized when federal officials hire their agents! And, plainly put, you don’t mess with Johnny Depp. 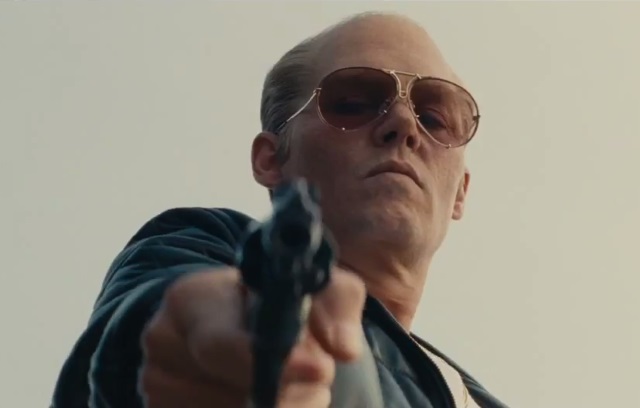