Black Panther is a monumental achievement for Ryan Coogler and for the Marvel Cinematic Universe. The new superhero epic — the solo debut of the titular African king and the 18th entry into the overall Marvel series — is a true game-changer, despite not actually straying all that far from the basic genre template. It’s thematically rich, visually dazzling, and, of course, refreshingly diverse.

It’s also exactly what the MCU needed. Coogler has shaken things up in an immensely satisfying fashion, raising the bar for all Marvel directors who follow him. Here’s why Black Panther is both a great movie in its own right and an excellent addition to the MCU. Note: This review is completely spoiler-free. 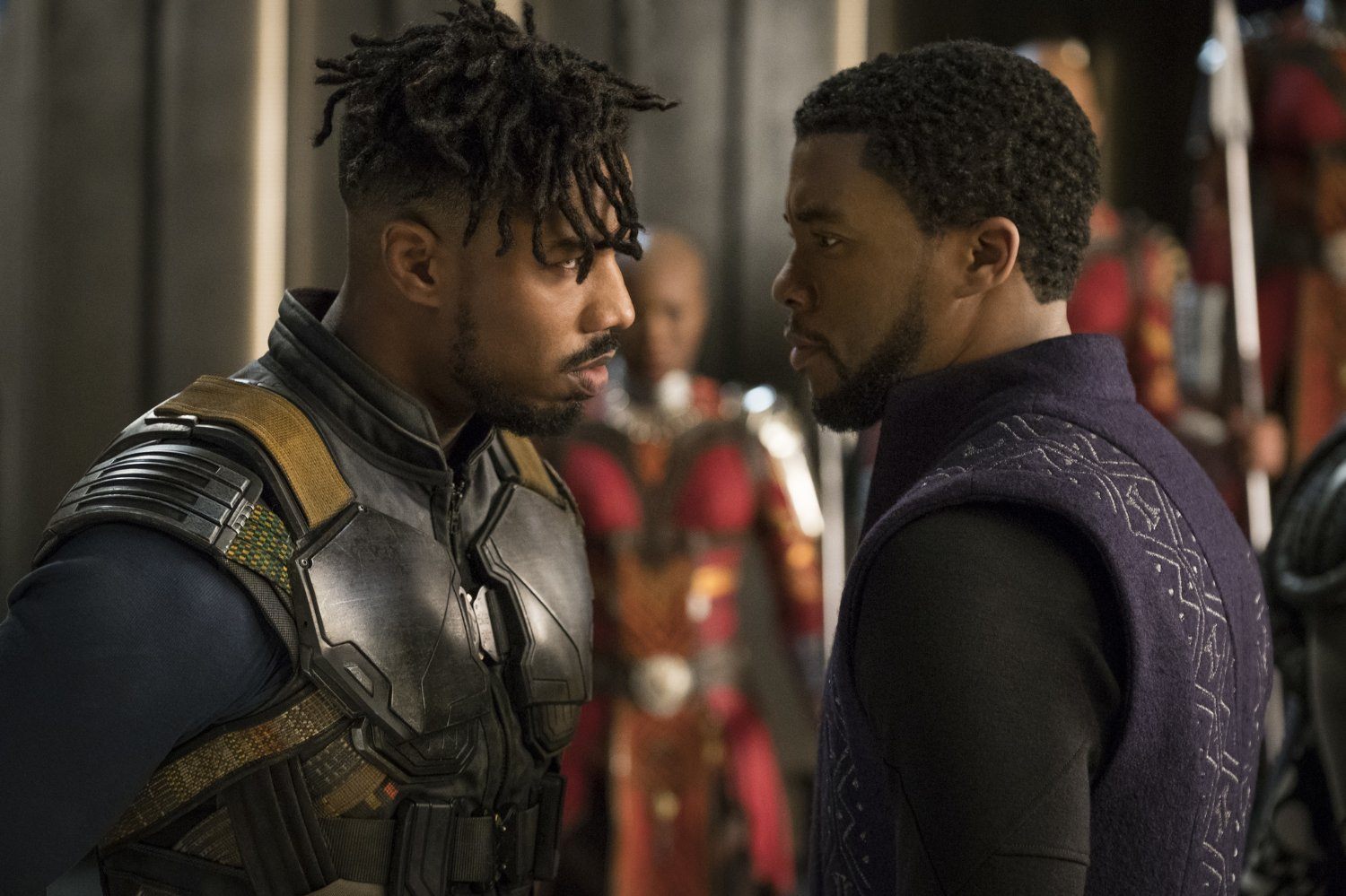 Black Panther is a giant tentpole superhero film about hugely significant ideas, including isolationism, colonialism, immigration, and more. The MCU is no stranger to bringing in meatier themes into the plot, most notably in the Captain America movies. But oftentimes, these broader concepts take a bit of a backseat to the action, humor, and characters.

Black Panther, on the other hand, is built entirely around its ideas — ideas very rarely explored in blockbuster cinema — and it could not possibly exist without them. Characters discuss the pros and cons of taking in refugees and the merits of a country closing itself off from the outside world versus using its wealth to help the disenfranchised. They talk about whether to build bridges or build borders.

In one scene, a museum curator scolds the villain for trying to steal artifacts. He asks how she thinks her ancestors got them in the first place. Coogler tackles all of these issues while still crafting an immensely entertaining crowd-pleaser that never feels bogged down by everything it has on its mind.

The film also doesn’t just happen to boast a largely black cast, which would already make it something of a groundbreaker; it’s very much about the black experience. That’s incredible to see in a major comic book film projected to open at around $140 million. Coogler has set the precedent that MCU movies can be more consequential — and personal — than even the greatest ones have traditionally been. Let’s hope that future Marvel directors follow his lead. 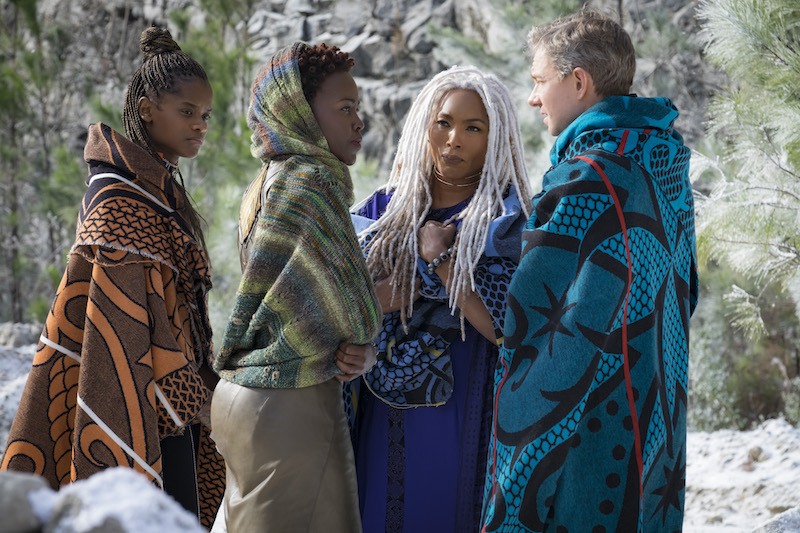 The MCU doesn’t have nearly as many female heroes as it should. So it’s a nice surprise that most of Black Panther‘s best characters are women.

The clear breakout is Letitia Wright as Shuri. T’Challa’s sister is a technology genius and serves as sort of the Q to his James Bond (she even makes that comparison herself). She’s hilarious, and it doesn’t take long for her to become a badass in her own right. Young women everywhere will be proudly cosplaying as her for years, and Wright is about to become a megastar.

Lupita Nyong’o also slays as Nakia, an ex-lover of T’Challa’s and a member of Wakanda’s all-female special service, Dora Milaje. Let’s not forget Danai Gurira as Okoye, another member Dora Milaje who gets one of the film’s most delightfully surprising action beats. And, of course, there’s the brilliant Angela Bassett as Ramonda, T’Challa’s mother.

These women are not just here to flesh out the supporting cast and play second fiddle to the male lead. Instead, all of them at various points outshine the titular character. It’s almost as much of an ensemble as an Avengers movie.

Next: It’s not just what the movie is about that’s important, but the way it is about it.

The story is intimate, grounded, and character driven

Though the movie takes place in the fantastical city of Wakanda, the stories are grounded in reality. | Marvel

Crucially, before Black Panther even takes us to Wakanda and starts dazzling us with visual effects, Coogler starts us off in Oakland, California — not far from the location of the real-life killing of a young black man by a white police officer depicted in Coogler’s first film, Fruitvale Station. We see a group of children playing basketball and eventually looking to the sky in awe as a Wakandan ship takes off and they dream of a better tomorrow, one they might achieve if Wakanda were to just shed its anonymity and lend them a hand.

The movie is packed with quieter scenes like that, which contribute to the larger ideas on display. Coogler deals with big concepts, not with broad strokes but with the soft touch he would lend to a more intimate project like Fruitvale Station. As the film progresses and the stakes heighten, the size and the scale of the drama still isn’t anywhere near as large as even a movie like Spider-Man: Homecoming. But we hardly notice because it all means so much to these people.

Black Panther is a film that presents us with believable human characters and forces them to question who they are as a people and as a nation, with their answers — not a giant robot or alien invasion — driving the conflict. At times, it’s like an even more consequential version of Captain America: Civil War, and it’s a nice change of pace after the goofiness of Marvel’s past few adventures.

That’s not to say the movie doesn’t have its fair share of spectacle, though.

Next: Why the action in the movie is such a highlight.

The action is incredibly inventive and entertaining 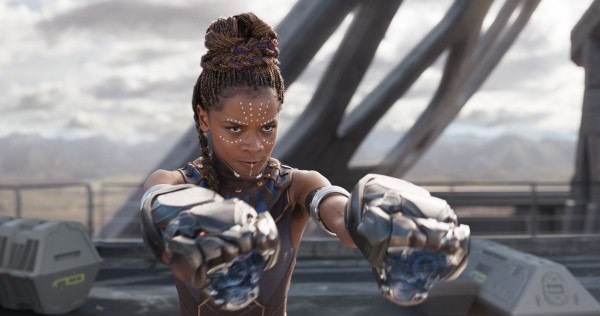 The film’s action is thrilling, partly due to Wakanda’s advanced tech. | Marvel

The action in Black Panther is some of the absolute best in the MCU so far. For the first act of the film, we find ourselves marveling at some new, brilliantly inventive Wakandan tech practically every minute. This ends up factoring heavily into the action sequences, which are clearly inspired by James Bond movies.

An early car chase, in particular, is among the most exhilarating in the MCU, and it works so well due to its reliance on a clever technological conceit that should not be spoiled. Coogler’s staging of the action is solid, and he makes effective use of long, continuous shots.

In Wakanda, anyone can step up and challenge the king for the throne in a duel, and these visceral fight scenes are as much of a success as any of the more bombastic action. Thanks to Coogler’s pitch-perfect staging and the excellent sound design, we feel — and hear — the slice of every blade and the crack of every punch. The stakes are as high while two people battle it out as they are when Ultron is ready to fling a city towards the Earth in Age of Ultron.

All in all, the action in Black Panther is unique enough that we couldn’t see it in any other MCU movie. For a series where the action can, at times, blend together between installments, that’s quite refreshing.

Next: The villain of Black Panther really stands out.

The villain is charismatic and memorable 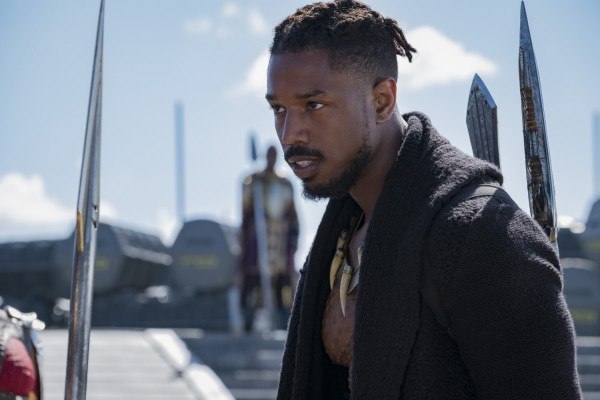 Michael B. Jordan’s Killmonger makes for a great villain. | Marvel

From the start, the giant flaw of the Marvel Cinematic Universe was always its mediocre villains. Recently, the studio started to step it up with antagonists like Ego and Vulture, although Thor: Ragnarok‘s Hela was a bit underutilized and a definite step backward.

But Michael B. Jordan’s Killmonger is among the finest MCU villains to date. He comes close to taking over the movie, despite the film being called Black Panther; he probably would if he just had more screen time. Not only is he someone we can’t take our eyes off of, but he’s also a fully realized character with logical motivations we understand and sympathize with.

We want him to be stopped, to be sure. But at the same time, we kind of get it, much more than even with someone like Vulture in Homecoming. To reveal his motivations would be to divulge spoilers, but needless to say, he is a truly modern superhero villain, and one of Marvel’s greatest offerings on that front.

Unfortunately, Andy Serkis’ Ulysses Klaue is significantly less memorable and closer to the kind of mediocre antagonist typical of a Marvel movie.

Next: Just about anyone can enjoy this film. 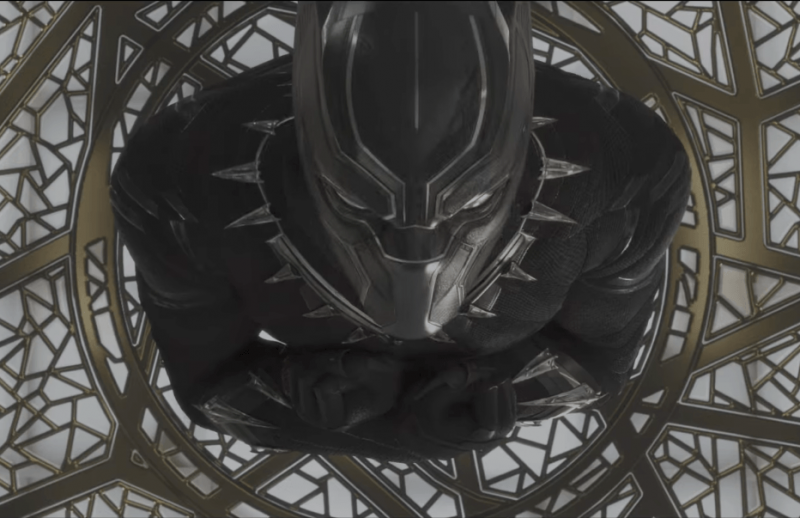 You don’t have to be familiar with the whole MCU to love this movie. | Marvel Studios

Even for fans who obsessively follow the Marvel Cinematic Universe, it’s kind of nice to walk into one of these movies and not need to know a single thing about the larger world. The past three Marvel film — even what’s theoretically a standalone series launch, Spider-Man: Homecoming — have relied to varying degrees on your knowledge of previous installments.

Black Panther isn’t like this. It isn’t totally standalone, as the story deals with the death of T’Chaka, which happened in Captain America: Civil War. But for the most part, the film is written so that someone who had somehow not seen any Marvel movie could still enjoy this one just as much as a die-hard fan.

That’s great considering this is a film everyone should see, and now, there’s nothing preventing them from doing so.

Next: How the film balances humor and drama.

There’s some humor, but it doesn’t undercut the drama 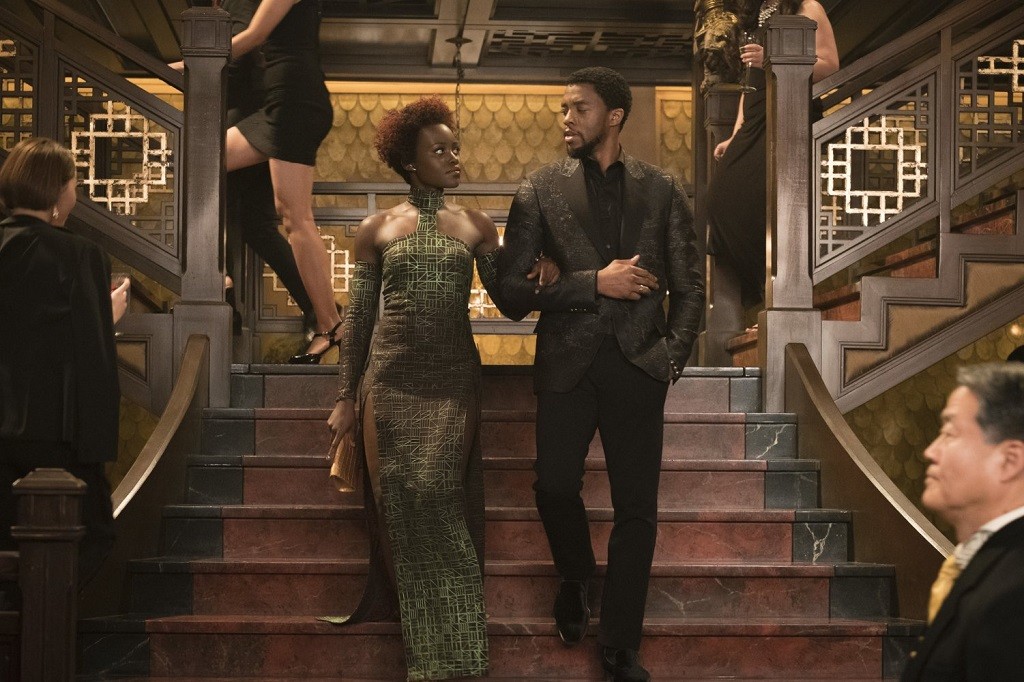 Thor: Ragnarok was essentially a comedy first and a superhero movie second. And it came after two other Marvel movies — Guardians of the Galaxy Vol. 2 and Spider-Man: Homecoming — that were similarly packed with non-stop humor. The comedy mostly worked for those movies. But it would be a shame if the MCU continued to maintain this aggressively comedic tone for every non-Captain America film going forward.

Black Panther is a lot funnier than the trailers lead you to believe. But the comedy is not as prevalent as it has been in recent MCU films. Indeed, the movie very often goes significant lengths of time without any humor at all.

Some comic relief is welcome, but thankfully, Black Panther establishes that it’s fine for different Marvel movies to utilize it to different degrees depending on what the story calls for.

Next: Why you’ll want to see another Black Panther immediately after watching this one. 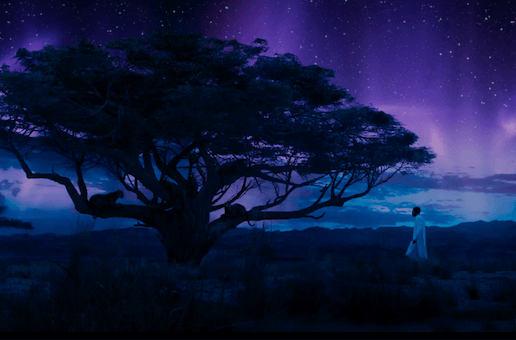 Wakanda is a place we definitely want to spend more time in. | Marvel

There is such a sense of wonder throughout Black Panther, most notably during the first act. In one scene early on, T’Challa travels into the fictional African nation and notes that doing so and looking at the magnificent sights “never gets old.” Exploring the world of Wakanda never does get old for us, either. We’re constantly seeing new things, meeting new people, and learning more about how this society operates. Doing so is actually more fun than any of the action.

As the MCU has become increasingly less focused on Earth, it has gradually begun to explore more alien environments. But these worlds are rarely that memorable on their own, and we don’t fantasize about spending time there. Asgard, in particular, feels oddly small, especially in the first Thor.

Of all of Marvel’s films, Black Panther does the finest job of awing the audience and drawing them into a mystical new world that feels lived in and that truly stands out as much as any of the actual characters. We never want to leave Wakanda and could easily imagine a theme park based off of it. It helps that the film, shot by cinematographer Rachel Morrison, is jaw-droppingly beautiful, even when nothing magical is happening on screen. And although the story feels complete, there’s plenty more we’re left wanting to see explored in Black Panther 2.

Let’s hope this character gets a full trilogy because if there’s anyone who has earned himself a sequel, it’s T’Challa.