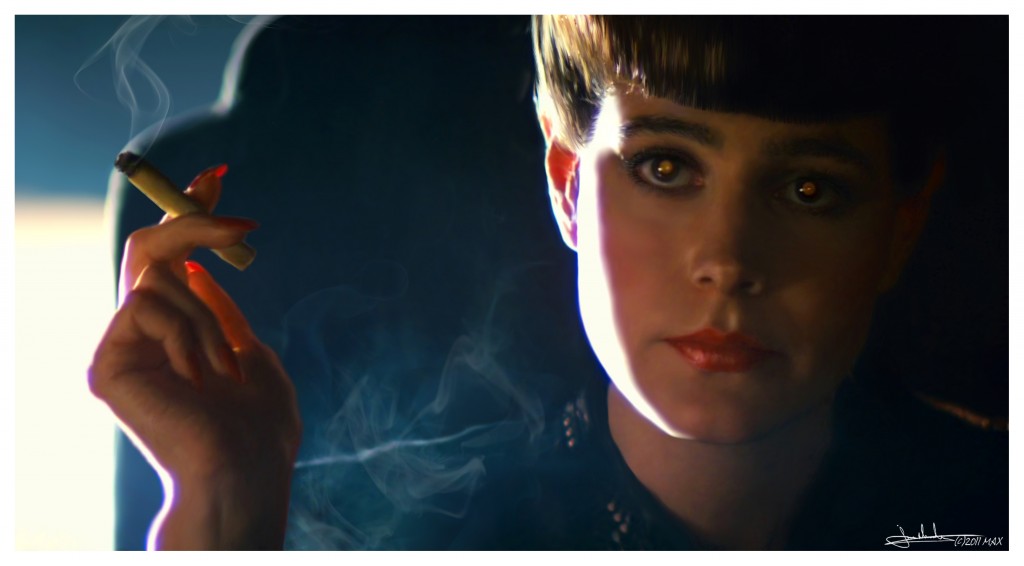 Harrison Ford has been publicly offered a role in Blade Runner 2. (Ridley Scott’s Prometheus, a gorgeous but mind-numbingly needless and lifeless pseudo-prologue to Alien, made enough money to warrant a needless sequel to Blade Runner, apparently.) Scott, the director of the original 1982 cult classic turned bonafide classic film, was contacted in 2011 to do a very belated sequel to his film, which, in all honesty, doesn’t need a sequel. But Scott and Ford, who infamously clashed on set (though Scott allegedly clashed with virtually everyone on the set of Blade Runner), and who infamously disagreed over the film’s ambiguity, eventually mended their relationship, and both publicly agreed that they wanted to further explore the world of Blade Runner.

The original film depicts a dystopian future in which humans have engendered a new breed of humanoid robots, called Replicants, which look and sound exactly like humans. The Replicants develop personalities and a desire to live longer than their four-year lifespan, and a lot of them “run” from the corporation that made them. In comes Harrison Ford’s Rick Deckard, a Blade Runner who hunts down the escaped Replicants and “retires” them, usually by shooting them.

The film is best remembered for its stunning visuals. Blade Runner looks absolutely amazing, and it’s aged impeccably well. (Part of that is due to Scott’s tinkering and use of CGI as late as 2003, but the practical effects and use of miniatures are still gorgeous today, and help set the strange, dreamy atmosphere of a city at once tangible yet far off and ethereal, a world you can’t trust.) But the reason Blade Runner is a classic is the existential threads that hold together the noirish narrative.

It’s been debated, quite ardently, whether Rick Deckard is a Replicant or a human. Scott and Ford have offered differing opinions at different times, but Scott’s Final Cut, the only one on which the director had completely creative control (or “final cut,” in business terms), heavily insinuates that Deckard is, in fact, a Replicant. The question, according to the film’s makers, is what kind of Replicant he is.

The film has potential — every film helmed by Ridley Scott has potential — but he isn’t the same keen filmmaker he was in 1982. Blade Runner is the last great film he made, and only one of two (the other being Alien.) Scott has been heralded for his eye for spectacle but also criticized for his reliance on spectacle. Blade Runner used spectacle and a drab, dreary, smoldering depiction of the future to tell a story. Gladiator, on the other hand, uses spectacle to guise its poorly structured story. Black Hawk Down is gritty verisimilitude-as-spectacle, and it works because the constant action is appropriate for a war film that seeks to capture the intensity of combat.

Prometheus is a colossal disappointment, a confused blockbuster that simultaneously tries to out-Cameron James Cameron (whose sequel to Alien remains one of the very best action films to ever hit the screen) and harken back to Scott’s Alien, although it does neither well. It’s a case of a filmmaker trying to multi-task and fumbling everything in the process. He had too many obligations and too much fan service to attend to while still trying to create an original film. His original film asked a lot of questions, and his prequel feels the need to answer them.

A Blade Runner sequel presents a similar problem: Blade Runner poses a lot of questions that are better left unanswered, but a prequel will inevitably be pressured into addressing the ambiguities of the original film. A much-hyped, much-belated sequel to a beloved classic will undoubtedly be a disappointment, regardless of how good it is. Whereas, say, Cameron’s Terminator 2 had a very good reason for existing, and Francis Coppola’s The Godfather part II is the second part to a story, Blade Runner 2 is unnecessary.

(There’s no word yet if Harrison Ford will provide a bored voice-over for the theatrical release of the film.)