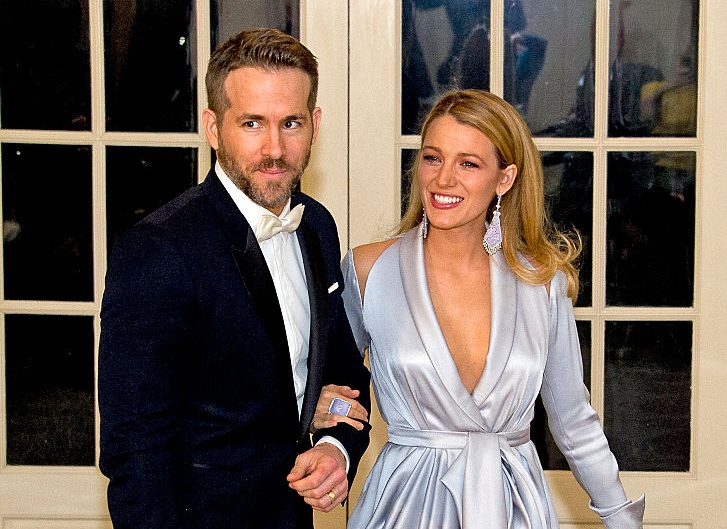 It’s easy to see that Ryan Reynolds and Blake Lively are a good match. They’re both smart, goofy, hardworking and talented actors who also happen to be really, really, ridiculously good looking. And they both have a knack for using social media to keep their fans entertained.

Combined, Lively and Reynolds have more than 42 million followers on Twitter and Instagram. And while they sometimes use their accounts to send sweet signs that they’re totally in love, they’ve used their respective accounts to poke fun at one another. This lighthearted habit has captured fans’ hearts, because it makes them seem like not just good partners, but good friends.

Here are all their funniest social media moments so far. His faux-jealousy definitely made fans laugh. | Ryan Reynolds via Twitter

In spring 2015, like any good spouse, Reynolds used his huge reach on social media to promote his wife’s latest movie. But he did take issue with the way the studio behind Age of Adaline was trying to lure fans in.

On April 19, he retweeted a Lionsgate promo that featured Lively and her Adaline costar, Michael Huisman. According to the studio’s tweet, the two were a “perfect pair,” and proved that “True love never looked so good.”

Reynolds wasn’t shy in his response to the studio. “Uh… I can HEAR you,” he tweeted. Clearly, he wasn’t too chuffed at Lionsgate’s assessment of Lively and Huisman, though. He included an Age of Adeline hashtag with his tongue-in-cheek reminder of who his wife’s real true love is.

Next: Lively showed her love for this Legend.

2. A shout out to the real MVP Move your head, Reynolds; there’s a Legend on stage! | Blake Lively via Instagram

Lively often uses her Instagram account to poke fun at herself or let fans know about her latest projects. But from time to time, she will share a glimpse into her private life with Reynolds and their family.

On April 27, 2017, she shared an image of Reynolds sitting in the audience at the Time 100 gala as John Legend performed behind him. At first glance, it was a sweet candid photo of her man enjoying his time as an honoree. But the accompanying caption made it clear that Lively wasn’t going to let the prestigious acknowledgment go to her husband’s head.

“Congratulations to the most influential person in my life. The best man I know… you deserve this @time 100 honor … “ Lively wrote. “If only my husband wasn’t blocking you in this shot. I’m so sorry @johnlegend.”

Next: Reynolds takes ‘dad jokes’ to another level.

3. Father of the year

Since he’s the star of comedies Van Wilder and Deadpool, it’s no surprise that Reynolds uses his social media accounts to keep fans laughing. And his tweets about parenting the daughters he shares with Lively are, in particular, a crowd pleaser. That’s mostly because nearly every story he shares about parenting makes him out to be downright terrible at it.

Of course, it’s all in good fun. And it’s hard to pick just one parenting tweet that stands out above the rest in Reynold’s feed. But his June 4, 2015, tweet is about as good as it gets. He tweeted, “I’m teaching my daughter that the sun goes down each night because it’s mad at her. Probably gonna write a book on parenting at some point.”

If that book was just filled with his uproarious and over-the-top tweets about fatherhood, we might actually read it. Their relationship is strong — but they love to poke fun at it. | Blake Lively via Instagram

Reynolds isn’t the only one who’s poked fun at his parenthood, though. In 2015, Lively helped her husband celebrate his first Father’s Day by sharing a sweet picture of him and their daughter, James, on her Instagram account.

The photo itself, which shows James strapped to Reynolds’ chest in a baby carrier, is downright adorable. But the message that Lively shared along with it did help to temper the cheese factor.

Lively wrote, “Since the day our baby was born, I’ve felt so strongly in my heart that you were most likely the father.” Then, just to be clear that it was all in jest, she shared a slew of emojis, followed by a sweet hashtag: #ILoveYouSoMuchItsSilly. 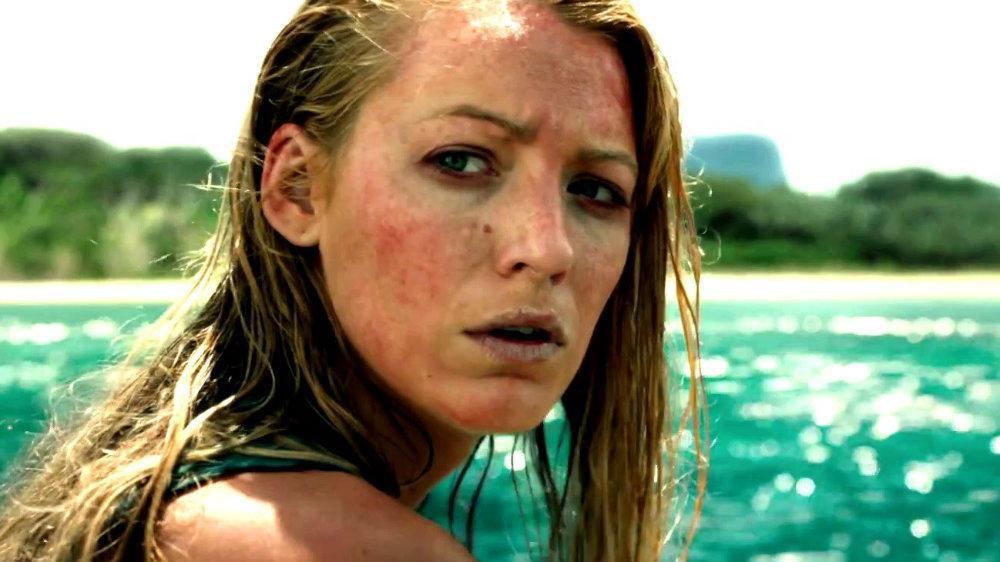 In 2016, Lively’s underrated thriller, The Shallows, hit theaters. And while the actress was busy promoting the shark-themed film, her husband decided to help her out.

On June 24, he tweeted a creepy GIF from the film, in which Lively comes out from under the water and is immediately greeted by a shark. Then, just because he’s apparently incapable of being serious about anything, he offered up a creative explanation for the image.

The tweet read: “Actual footage from the first date with my wife. Tried to surprise her and totally forgot I was a f***ing shark.” In retrospect, Lively must have fallen for his sense of humor, rather than his sub-aqueous good looks.

They make the red carpet look good, even when they’re not centered like so. | Angela Weiss/AFP/Getty Images

Reynolds isn’t the first celebrity to wish his wife a happy birthday on social media. But he did find a unique and hilarious way to commemorate Lively’s 30th birthday.

On Aug. 25, 2017, Reynolds shared an image of the couple standing, and smiling, on the red carpet. And while he’s perfectly centered in the frame, Lively has been cropped so that only half her face and body are visible in the shot.

Reynolds captioned the picture, “Happy Birthday to my amazing wife.” The birthday salutations were a perfect mix of sweet and snarky, which is completely on brand for both actors.

7. Two can play that game

Clearly, Lively agrees her husband and the “other” Ryan make a beautiful couple, too. |  Christopher Polk/Getty Images

Lively has never been one to let her husband get the last laugh. And that proved to be true when she, too, acknowledged Reynolds’ birthday on her social media accounts. On Oct. 23, 2017, she let the world know she was celebrating her man on his big day by posting a message to him on Twitter.

The photo she shared was of Reynolds posing with another famous Hollywood heartthrob — Ryan Gosling. But Lively also gave her photo a creative cropping and cut half of her husband out of the picture.

“Happy birthday, baby,” she wrote. Fans, predictably, ate it up. And most agreed that in terms of the birthday wars, Lively managed to find the perfect way to get revenge. She still looks attractive to us. | Ryan Reynolds via Instagram

Lively has made dozens of Best Dressed and Most Beautiful lists over the years. But for her 2019 film, The Rhythm Section, she’s embracing a more pared down look. Recent paparazzi snaps of Lively on set show the actress looking considerably frumpier than usual.

And when Reynolds saw the photo, he leaped at the chance to once again poke fun at his wife. He uploaded an image of Lively onto Instagram in all her in-character glory: shaggy hair, no make-up, and a frazzled disposition.

His commentary on the photo was minimal, yet sly: #NoFilter. Reynolds should probably be careful, though — there are undoubtedly less-than-flattering photos of him out there. And as far as Lively’s concerned, all bets are now likely off.