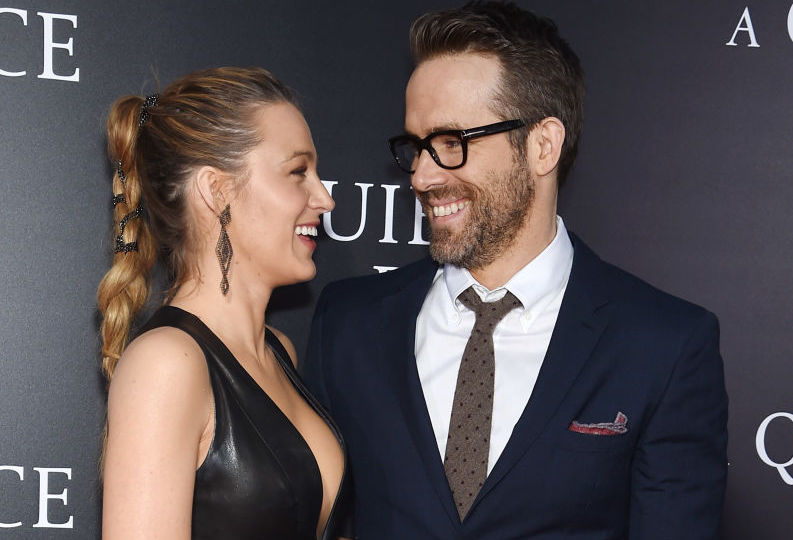 Blake Lively and Ryan Reynolds are one of those celebrity couples we just can’t help but admire. However, they don’t just give us major couple goals because of their sweet moments with each other. Lively and Reynolds have both taken to social media to make fun of one another for the whole world to see, proving their humor is one of the main traits they have in common.

While the couple has delivered some hilarious roasts, Lively has been on her A game with her jokes about her husband. She can’t seem to stop trolling Reynolds on social media — and we’re loving every second of it.

On the ‘most influential person’ in Lively’s life

What started out as a seemingly sweet Instagram posted turned into a classic trolling moment between Lively and Reynolds. In April 2017, Lively posted a photo of her husband in the audience at the Time 100 gala during John Legend’s performance.

Lively’s caption read, “Congratulations to the most influential person in my life. The best man I know… you deserve this @time 100 honor … “ She savagely added, “If only my husband wasn’t blocking you in this shot. I’m so sorry @johnlegend.”

Turns out the driver really doesn’t carry cash. But he DOES carry pepper spray… and a shitload of @aviationgin #Aviationowner

Even though Reynolds is best known as an actor, he decided to take on a surprising side hustle: owning a gin company called Aviation American Gin. While Lively seems completely supportive of his endeavors, she had to poke fun at her husband when he posted a photo of Aviation’s larger-than-life advertisement to Instagram.

It includes Reynolds featured smack-dab on the side of a truck, along with the quote, “Driver does not carry cash, just Aviation Gin.” Reynolds captioned his Instagram post, “Turns out the driver really doesn’t carry cash. But he DOES carry pepper spray… and a sh*tload of @aviationgin #Aviationowner.”

Lively couldn’t help but troll Reynolds on his post. And to be honest, we’d expect nothing less. She wrote, “Who needs a mini van?! I’m driving this from now on. Subtle, gorgeous, and OHMYGAWDYOUREHUGE.”

When Reynolds posted a photo of himself “running into” Hugh Jackman at Laughing Man Coffee (which Jackman actually owns), you better believe Lively had something to say about it. The photo from May 2018 was captioned, “Ran into this guy at his coffee shop, @laughingmancoffee. And by ‘ran into’ I mean I followed him there.”

In the photo, Reynolds and Jackman are smiling for the camera with their arms around each other’s shoulders. However, they kept a bit of distance between each other. Lively took to the comments section to joke, “Is the extra distance between you supposed to convince me that you DON’T love him more than me?? Nice try.”

On ‘most likely’ being the father of her child

Lively and Reynolds are now parents to two daughters, James and Inez. But back in 2015 on Reynolds’ first Father’s Day, Lively couldn’t help but poke fun at the new dad. She posted a photo of Reynolds with baby James strapped to his chest in a carrier with one of her best captions ever.

She wrote, “Since the day our baby was born, I’ve felt so strongly in my heart that you were most likely the father.” She did make sure to clarify the joking nature of the comment, finishing off the post with the hashtag, “#ILoveYouSoMuchItsSilly.”