Blue Ivy: Every Time Beyoncé and Jay-Z’s Daughter Made Us Smile

Jay-Z and Beyoncé’s oldest daughter, Blue Ivy Carter, has had some pretty memorable appearances when we’ve seen her out and about or at awards shows with her famous parents. No matter if she’s under the bright lights at a big ceremony or just posing for some pics on her mother’s Instagram, Blue is so adorable and always seems to make us smile.

Here, we’ve compiled a list of some of the cutest moments Blue Ivy has given us over the years.

At the 59th Grammy Awards 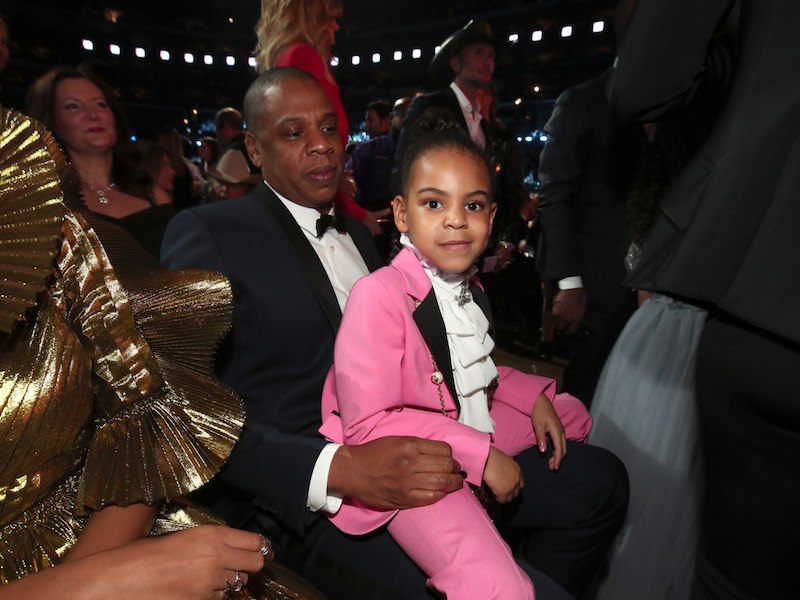 Many musicians made their way over to meet her adorable highness and Blue’s reaction to just about everyone, from James Corden to Nick Jonas, was the same. She just nonchalantly greeted them and went back to watching the show.

We have to expect that though because her mother is a queen, so she’s not going to just fangirl out over anyone.

Next: If Blue Ivy ain’t clapping than no applause is necessary.

At the 60th Grammy Awards 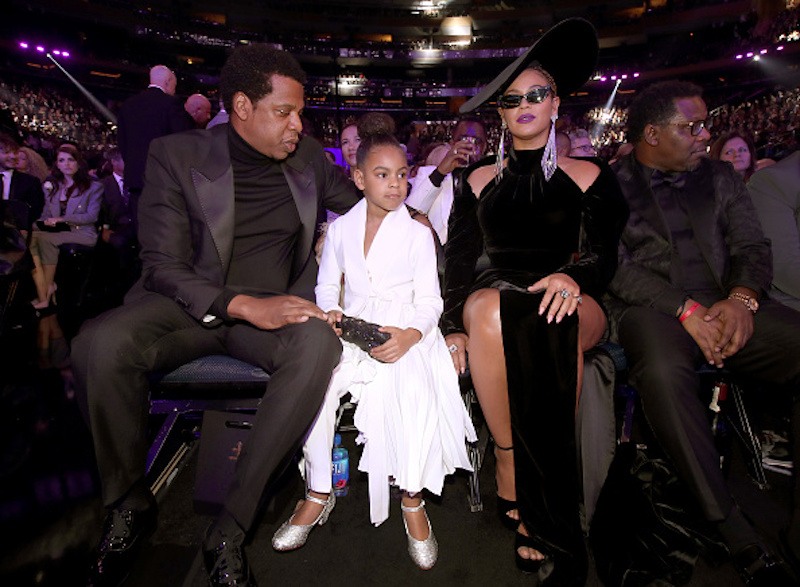 The stunning family sat front at the 2018 Grammys. | Christopher Polk/Getty Images for NARAS

Blue Ivy is the only human being on this planet who can tell Jay and Queen Bey when they can and can’t clap. On Jan. 28, 2018, the little girl attended the 60th Grammy Awards and sat in the front row between her mom and dad.

At one point, the rapper and Bey were clapping after Camila Cabello’s moving words, but Blue was not having it and the camera caught her signaling for her parents to hold their applause.

Next: Blue enjoys sporting events too. 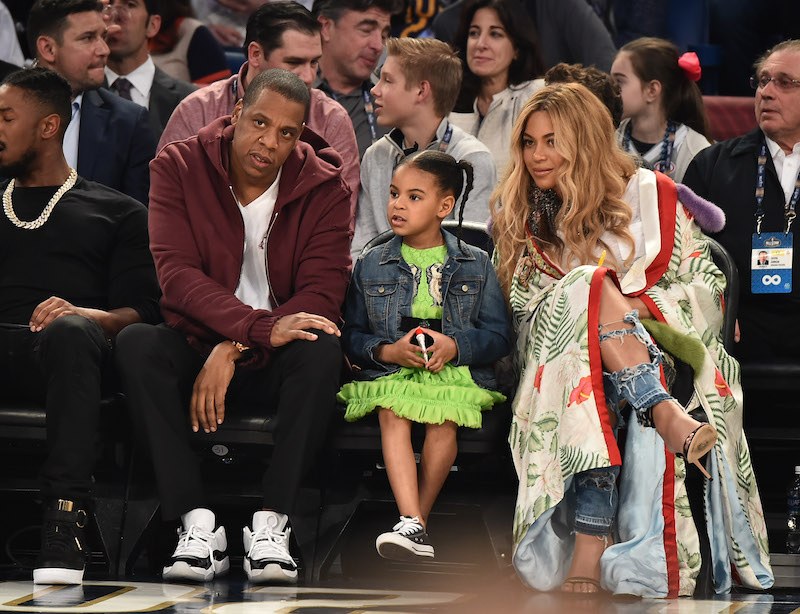 Blue sat in between her parents at the basketball game. | Theo Wargo/Getty Images

It’s not just awards shows where we’ve have been blessed with Blue Ivy’s cuteness. Jay and Queen Bey also had her front and center on Feb. 20, 2017, at the NBA All-Star Game in New Orleans.

Blue sat courtside and looked to be having a great time, snaking on cotton candy while her dad was snapping selfies of the family.

Next: Blue hangs with the kids of other famous people. After Mariah Carey’s holiday show in 2016, the two queens of music and their children chatted it up and posed for pictures backstage. Carey shared a precious photo of her twins Moroccan and Monroe, and Blue Ivy on her Instagram account with the caption, “Backstage at Christmas time with our beautiful children.”

Next: Blue will likely follow her parents’ career path.

When Blue Ivy grabbed her own microphone Blue Ivy may be following in her mom’s footsteps. | Beyonce via Instagram

Being the daughter of music legends, we figure Blue may follow in the footsteps of her mother and father. We’ve already heard Blue’s voice on some of her parents’ tracks and we’d be more than excited if she did more collaborations with them.

Looks like that could happen in the future because Blue Ivy is very comfortable with a mic in her hand. In September 2015, Bey posted a pic of her daughter showing off her very own personalized microphone complete with a few Dora The Explorer stickers.

When Blue and her mother wear matching outfits 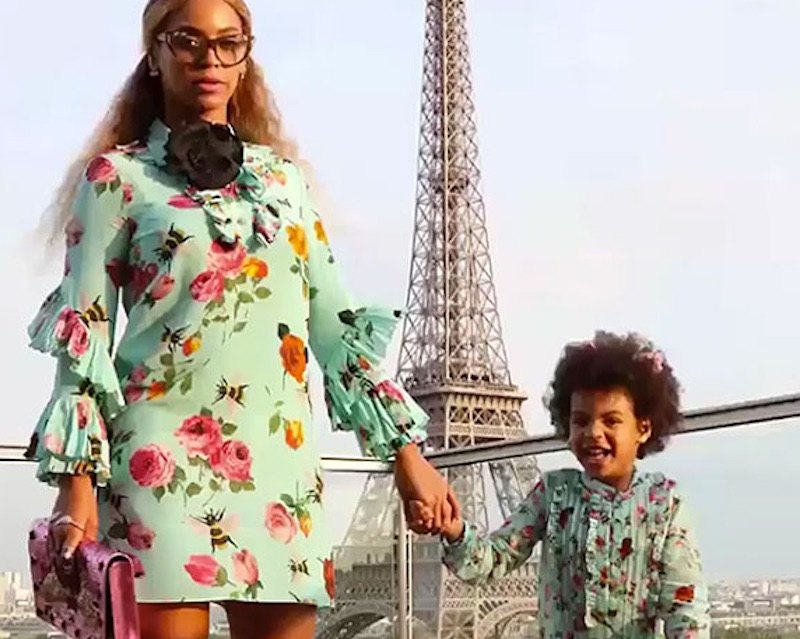 There have been quite a few times when Blue and her mother have worn matching outfits and we can’t get enough of it. From their flower outfits in France to their similar all-white Easter ensembes to their long flowing dresses, we love that the mother and daughter duo have the same fashion sense.

Next: Blue shows her loyalty to the Beyhive.

When she showed she’s the fiercest Beyhive member 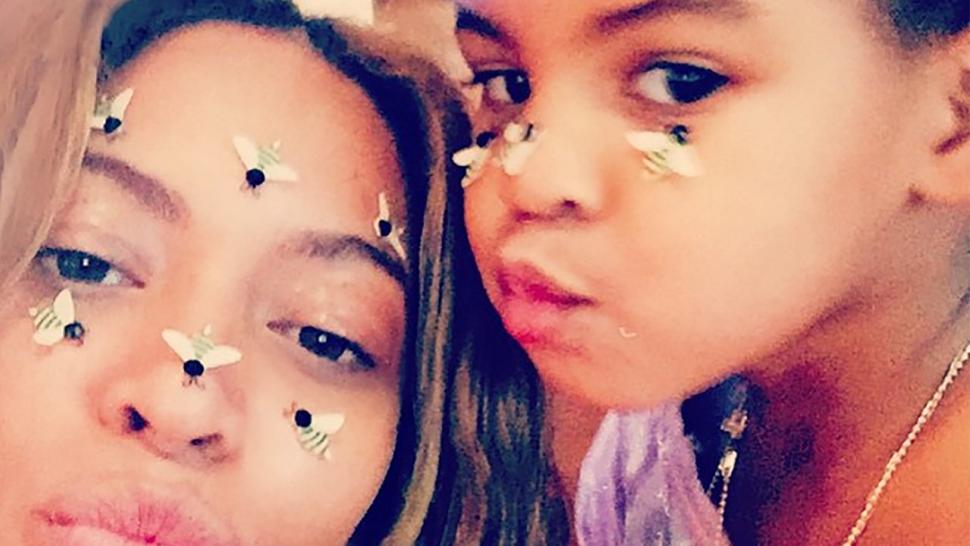 Blue shows she’s part of the Beyhive. | Beyonce via Instagram

Of course, we know Blue is member of the Beyhive, considering Beyoncé is her mama and all. But in this picture, she showed us that she is the fiercest member of all, with bees crawling all over her.

Don’t worry —  little Blue didn’t have actual bees on her, Beyoncé just posted this 2015 Valentine’s Day photo of the two of them with bee stickers on their faces. Too cute!