‘Botched’: Why Lindsey Nicholson from ’16 and Pregnant’ Is on the Show 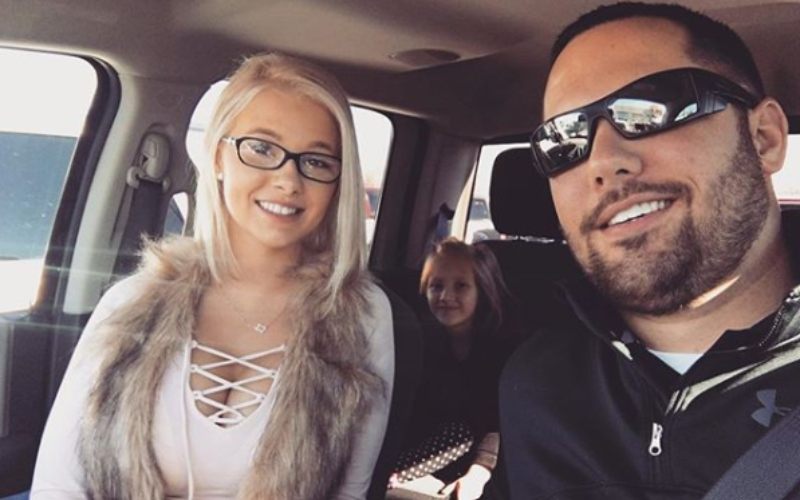 Lindsey and TJ Nicholson | Lindsey Nicholson via I nstagram

Fans of 16 and Pregnant might remember Lindsey Harrison from Season 4. She has gotten married since then and is now Lindsey Nicholson. The mother is making her return to reality television on Botched, the show where people who have problems with their plastic surgery go to get it fixed. Find out why she is on Botched and what Dr. Terry Durow and Dr. Paul Nassif said to her.

The former 16 and Pregnant star appears on Season 5 of Botched to see if Dr. Terry Dubrow and Dr. Paul Nassif can help her after having a painful breast augmentation.

“So after I’m in the surgery I wake up and it was the look that I had been hoping for,” said Lindsey Nicholson on the show. “I had big boobs, but shortly I realized I have this weird shooting pain throughout them.”

Dr. Terry Dubrow then explained why she is feeling this pain. “Because the implant is so heavy it’s caused a weighted dissection,” said the doctor. “You have to put a smaller implant significant enough that you maximize the chance the repair will hold and work.”

Nicholson also had more news to break to the Botched doctors. She’s pregnant! The doctors had to hold off on the surgery because of this.

The mother of one daughter, Aniyah had twins with her husband, TJ Nicholson. They named them Jackson and Paisley. The mother hasn’t been on reality television for some time and is now a realtor.

Nicholson went up to the breast size of 32G

The teen mom documented her trip on Snapchat to get the surgery back in 2016. She was 21 years old at the time. She went to someone called Dr. Michael Salzhauer also known as Dr. Miami, who also performed surgeries on Kailyn Lowry and Brittany DeJesus, according to the Daily Mail. She said one of the reasons she decided to get the surgery because of the effects of breastfeeding.

“I breastfeed and went all the way to double D,” Nicholson said according to Starcasm. But then they got smaller and she got “lots of stretch marks on my boobs.”

After the news of her boob job, Nicholson answered fans questions about the surgery. One asked her on Instagram if she regretted it because of how big she went. According to Starcasm, she answered, “not at all, I was so tiny and had already had big boobs while breastfeeding before so it wasn’t that much of a change in about 3 sizes bigger than I was breastfeeding at a DD but I have no pain and they fit my body great. Most people are sh shocked when I tell them I’m a 32g So no I’m very happy with the results and size.”

It seems like Nicholson changed her mind since she looked for help on Botched. But she still couldn’t get the reduction.