Brad Pitt Delves Further Into Sci-Fi With ‘The Jaunt’ 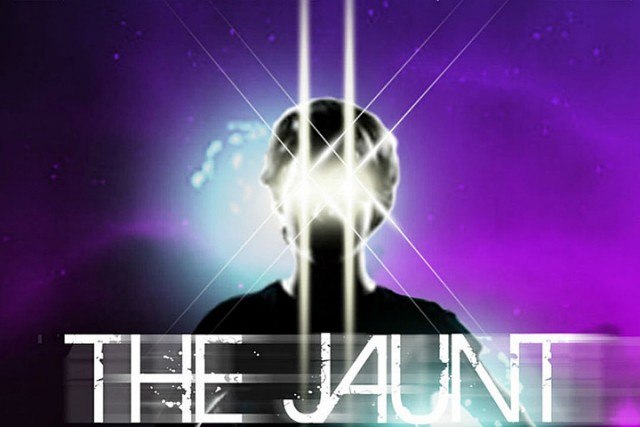 Just a few months after it was revealed that Brad Pitt was producing the sci-fi thriller Alpha, he is delving even further into the genre. The actor is now also set to produce a big-screen version of The Jaunt, a short story about teleportation travel written by Stephen King.

First published in the Twilight Zone Magazine in 1981 and later included in King’s 1985 collection, Skeleton Crew, The Jaunt takes place early in the 24th century, when a form of teleportation known as “Jaunting” is commonplace. It follows a family preparing to use the method of travel to go to Mars.

As the father explains to his children in the story, everyone must be under anesthesia for the journey, or else terrible things will happen to those being jaunted around the solar system. If someone attempts to be jaunted while conscious, they are left alone with their thoughts in an endless field of white for an unthinkable length of time, which leads them to either slowly go insane or die. Of course, despite the father’s warning, things can — and do — still go all kinds of wrong during the journey.

According to Deadline, Pitt’s production banner, Plan B, has optioned the feature film rights to the story. Though the project is still early in the development process, the company has reportedly tapped Andy Muschietti and Barbara Muschietti, the duo behind the 2013 horror flick Mama, to help adapt the work to screen. Andy is also in line to direct the upcoming film.

For Pitt, this marks the second sci-fi project that he’s recently signed on to produce. Plan B is also teaming with Robopocalypse author Daniel H. Wilson for the survival story Alpha, which was picked up by Lionsgate in November. Though details of the project have been kept largely under wraps, it’s described as being similar in tone to the works of Jack London, the author behind White Fang and The Call of the Wild.

It’s no surprise that the actor would want to create more projects within the genre, given the huge popularity of sci-fi in Hollywood these days and the constant demand for King adaptations in particular. Currently, the author has at least six different works in the process of getting turned into either a film or TV project. Ron Howard is set to direct the long-percolating feature film version of The Dark Tower, based on the popular, genre-bending book series.

On the small-screen front, Arrow creator Greg Berlanti is developing The Things They Left Behind for CBS, which also has the third season of the Steven Spielberg-led series Under The Dome scheduled this year. Meanwhile, David E. Kelley (Ally McBeal) is penning the adaptation of the bestselling novel Mr. Mercedes as a limited series. And as announced last month, Hulu is also working on 11/22/63, produced by J.J. Abrams and starring James Franco.

Though no premiere date for The Jaunt has been set just yet, the project is reportedly being fast-tracked. As Deadline reports, King allows a 90-day option period for only $1, with the condition that a writer is set and other concrete steps of progress are taken.

The upcoming film is only the latest project Pitt has added to his busy schedule. Producing-wise, he’s also attached to the upcoming HBO miniseries Lewis and Clark, the biographical drama Blonde, and the sequel to World War Z. He’ll next appear on screen with wife Angelina Jolie in this year’s romance drama By the Sea, and was also recently announced to be starring with Christian Bale and Ryan Gosling in the upcoming The Big Short.