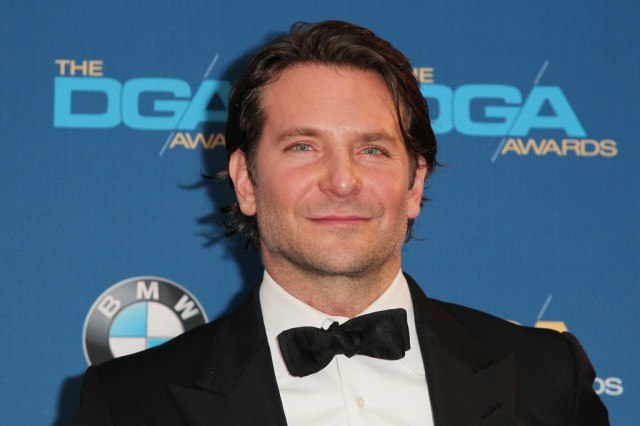 With his latest film, American Sniper, having recently achieved massive success, Bradley Cooper is now looking ahead to future projects. The actor is reportedly in talks to produce and possibly star in the film adaptation of the still-unreleased book Orphan X.

According to The Hollywood Reporter, Warner Bros. — the same studio behind American Sniper — is looking to re-team with the in-demand actor to bring Gregg Hurwitz’s upcoming novel to screen. Orphan X reportedly centers on a man named Evan Smoak, also known as “Nowhere Man,” who helps others, sometimes through violent means. A job ends up drawing him into a world of human slavery, all engineered by a detective of the Los Angeles Police Department. The book isn’t due for publication until February 2016, but Warner Bros. is already in negotiations to preemptively pick up the film rights.

Hurwitz, an accomplished author and comic book writer, will pen the adaptation. Cooper and partner Todd Phillips are already on board to produce via their untitled Warner-based banner. The actor may also take on the lead role in the film, although his participation has not yet been confirmed.

For Cooper, Orphan X would be his first action drama following his critically acclaimed work in American Sniper. The war flick, which Cooper both produced and starred in, became a breakout hit upon its release in January and has earned more than $361 million worldwide since. It also garnered six Academy Award nominations, including for Best Picture and a Best Actor nod for Cooper.

Orphan X isn’t the only project that the Oscar nominee has coming. In terms of film, the actor has two comedies hitting theaters in 2015. The Cameron Crowe-directed romantic comedy Aloha features Cooper as part of an A-list ensemble cast that features Emma Stone, Rachel McAdams, Alec Baldwin, Bill Murray, and John Krasinski. The movie follows Brian Gilcrest (Cooper), a defense contractor who falls for Allison Ng (Stone) after he is assigned to oversee the launch of a weapons satellite from Hawaii. The movie is scheduled to hit theaters on May 29.

The actor also recently wrapped filming on the upcoming, still-untitled comedy from director John Wells. Cooper will star as chef Adam Jones, who assembles a crew in an attempt to create the best restaurant ever. The film, which also co-stars Jamie Dornan, Emma Thompson, Sienna Miller, and Matthew Rhys, among others, is expected to be released sometime this year.

Cooper has an upcoming small-screen project as well. He’s reprising his role as Ben in Netflix’s forthcoming prequel to the 2001 ensemble film Wet Hot American Summer. The eight-episode satirical comedy miniseries, subtitled First Day of Camp, will reportedly be set earlier in the same summer captured in the movie, with the joke being that the cast will play their same roles despite being 20 years too old for the parts.

The show, which will reunite Cooper with other now-famous faces like Paul Rudd, Christopher Meloni, Amy Poehler, Elizabeth Banks, and many more, will be available for streaming this year.