Bradley Cooper Will Help Bring Classic Sci-Fi Back to SyFy 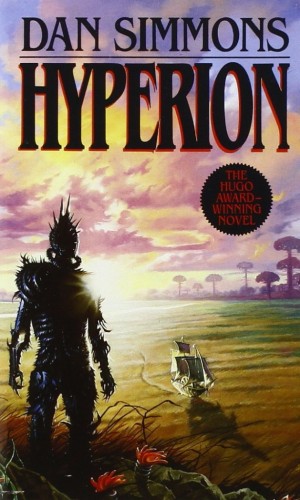 Bradley Cooper is about to help bring a classic sci-fi story to TV. The actor is joining forces with SyFy to develop a small screen adaptation of Hyperion, the Hugo award-winning novel by Dan Simmons.

Published in 1989, Hyperion is the first of a four-book series that take place within the same universe. It follows the story of seven pilgrims, who set out on a voyage to seek the answers to the unsolved mysteries of their lives before Armageddon wipes out their entire galaxy. As the story moves forward, it becomes clear that each of the seven individuals carries a desperate hope and a terrible secret — while one may hold the fate of humanity in his hands. The book is known for echoing elements of Geoffrey Chaucer’s classic work The Canterbury Tales.

According to Deadline, the television adaptation is being conceptualized as an event series. Cooper has signed on to serve as executive producer alongside Argo producer Graham King and Todd Phillips of The Hangover. Meanwhile, Itamar Moses (Boardwalk Empire) is on board to pen the screenplay and will also co-executive produce.

The project has been a long time coming for Cooper, who is reportedly a big fan of Simmons and has been trying to bring Hyperion to screen for several years now. The actor initially hoped to turn the novel into a film, even writing a spec script for the project himself, as he told Charlie Rose back in 2011. Though plans for a movie version didn’t pan out, it seems Cooper is finally getting a chance to create the Hyperion adaptation he’s long since envisioned, albeit for a smaller screen.

“It is an absolute honor to enter into the world created by Dan Simmons that is arguably one of the greatest works of science fiction, and help realize it for television audiences,” Cooper said of the project.

It may be a dream come true for Cooper, but he’ll certainly have his work cut out for him. Hyperion is an epic story that involves different viewpoints, flashbacks in time, and complex philosophies. Given the sheer scope of the material, it’ll be interesting to see how (or perhaps if) it will all get packed into a television miniseries. Still, while it’s an ambitious project to take on, having an A-list actor like Cooper and a strong creative team certainly puts it off to a promising start. If done right, Hyperion could make for a truly exciting event series.

For SyFy, Hyperion is only the latest in a slew of high-profile projects in development. The channel is making a major push back to its sci-fi roots, taking on scripted originals more in the vein of its last true breakout show Battlestar Galactica.It currently has  several other adaptations in development, including The Magicians, based on Lev Grossman’s best-selling books; Brave New World, based on Aldous Huxley’s classic novel; the 10-part series The Expanse, airing in December; and the epic mini-series Childhood’s End, also premiering in December.

Also in the works are the 13-episode thriller Hunters and the Superman prequel, Krypton. Cooper’s fellow A-list actors Matt Damon and Ben Affleck are producing a series for the network as well, the futuristic espionage drama, Incorporated.

As for Cooper, Hyperion is only his latest behind-the-scenes gig. He’s also executive producing the CBS series Limitless and producing the 2016 comedy Arms and the Dude. On camera, Cooper is set to reprise his role as Ben in Netflix’s Wet Hot American Summer: First Day of Camp. He’ll also star in the comedy, Adam Jones, out this October, and the biographical drama, Joy, due in December.