The video game industry is chock-full of secrets. Companies wait for exactly the right time to announce new games and hardware in hopes of making the biggest splash possible. Fans, on the other hand, want to know everything that’s coming down the line as soon as it’s planned. In that kind of environment, video game rumors are bound to trickle out. They do each week — and we keep track of them.

This week, we’ve uncovered rumors and leaks ranging from Nintendo’s plans for smartphone games to a PS4 exclusive game that may be branching out to other systems. Read on to see which items you’ll be most excited about if they turn out to be true. 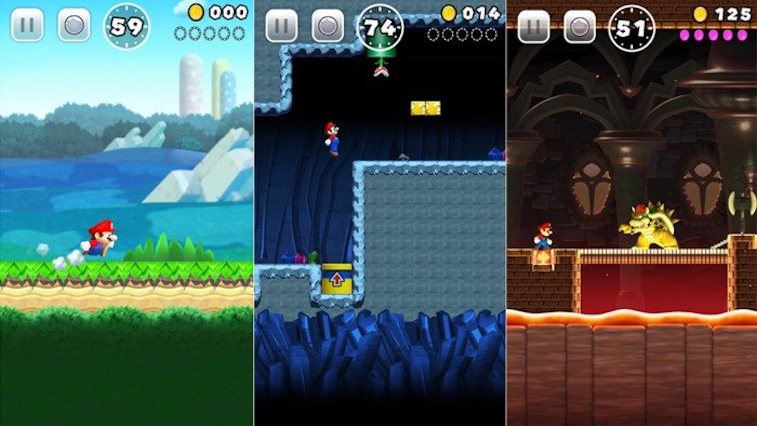 Nintendo may have resisted making smartphone games as long as possible, but Super Mario Run sure seems to be a hit. It has racked up over 50 millions free downloads in under two weeks. We don’t know how many of the downloaders paid $10 to unlock the full game, but it seems like enough that Nintendo is already considering a sequel.

Mac Rumors reports Nintendo sent select customers an email survey about the game. The survey contained questions like how much they’d pay for the full game, indicating that the relatively expensive price tag might have been too much for some customers. Another question asked if they’d be interested in playing a sequel.

That could be good news for fans of Super Mario Run, though they won’t have to wait for a sequel to play more Nintendo games on mobile. The company currently plans to release Animal Crossing and Fire Emblem games on mobile by the end of 2017.

2. Rime coming to all the consoles?

It may have started out as a PlayStation 4 exclusive, but it looks like Rime will be coming to all the major consoles: PS4, Xbox One, Nintendo Switch, and PC. How do we know? Because the Brazilian game ratings board listed the game prematurely as a multi-platform release. It has since removed the listing.

For those who haven’t been following the game, Rime looks to be a Zelda-like adventure about a boy exploring a mysterious island full of puzzles and strange creatures. It’s unclear why Sony backed off from publishing the game, but the trailers look promising. If Rime does comes to all the gaming platforms, that means more people will get to play it, which is always a good thing.

3. Is this how you’ll trade Pokémon in Pokémon Go?

Looking at patents is generally an unreliable way to predict what a company will do, because companies file many more patents than they end up using. Still, patents do point the way toward what companies may do. With that in mind, YouTuber PatentYogi has looked at the patents of Pokémon Go developer Niantic and uncovered a way players may be able to trade Pokémon if and when the ability comes to the game.

Basically, PatentYogi thinks you’ll trade Pokémon by putting them in virtual versions of real-life transport vehicles. Since the game world is based on the real world, the game could use things like bus routes and metros for players to virtually load up their Pokémon and send them off. It’s an interesting theory, but we’ll have to wait and see if it ever comes true.