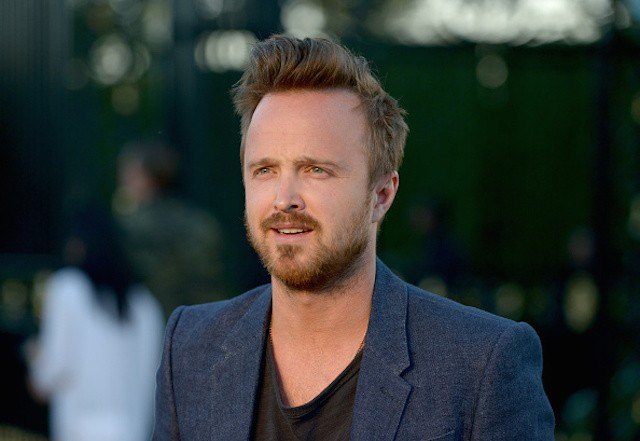 Aaron Paul is officially returning to TV. The actor, who won three Emmys for his acclaimed turn on Breaking Bad, has been tapped to play the male lead in Hulu’s upcoming family drama, The Way.

Created by Jessica Goldberg and co-written by Jason Katims (Parenthood, About a Boy), The Way follows the lives of a family at the center of a controversial faith-based movement as they struggle to deal with relationships, marriage, and power. As Deadline reports, each hour-long episode takes an “in-depth look at what it means to choose between the life we live and the life we want.”

Paul will play the husband of the family, Eddie Clearly, the husband of the family and a long-time member of The Way. Having grown up in a troubled blue-collar household, Eddie joined the spiritual cult as a way out. But after a retreat with other members of the movement, Eddie returns distraught by what he has witnessed. He becomes distant and emotionless, causing his wife (played by Michelle Monaghan) to suspect that he’s having an affair. What he’s really doing is sneaking off to meet with an anonymous person who claims to know “the truth” about The Way. Doing his best to keep up appearances and continue to lead his family by following The Way’s teachings, Eddie must soon face a truth that could destroy everything he believes in.

The show was given a 10-episode, straight-to-series order earlier this year and has been compared to another of Katims’ emotional family drama, Parenthood. As with both Parenthood and Friday Night Lights, Katims will act as both executive producer and showrunner. Meanwhile, Goldberg, who wrote and produced Parenthood alongside Katim, will executive produce as well. Paul will also serve as a producer on the series via his company, Lucid Road Productions.
For Paul, The Way will mark his first series regular role on the small screen since his five-season, critically praised run on AMC’s Breaking Bad. That’s not to say he hasn’t been keeping busy. He holds a voice role on Netflix’s animated sitcom BoJack Horseman comedy. On the big screen, he also starred in last year’s action film Need for Speed, the British black comedy A Long Way Down, and the biblical epic Exodus: Gods and Kings.

Though Paul’s character on The Way sounds like it couldn’t be any more different from his Breaking Bad persona, Jesse Pinkman, news of the upcoming show should still come as good news to fans of the latter, who have been eagerly awaiting the actor’s return to television. Case in point? Many were left disappointed and angered when Paul teased a Breaking Bad spin-off centered on his character- only to later reveal it was all prank. But while Jesse Pinkman may not be coming back to screen, that doesn’t mean there’s not plenty of reason to look forward to The Way. With an acclaimed creative duo like Katims and Goldberg on board and a skilled star like Paul in the lead, the series is quickly shaping to be one of Hulu’s most exciting projects.

The Way marks Hulu’s first ever drama, but it’s only one of several original scripted series that the online service has on its upcoming slate. Also in the pipeline is Stephen King and J.J. Abrams’s event series 11/22/63, starring James Franco, and the Amy Poehler-produced comedy Difficult People, starring TV show host Billy Eichner.

As for Paul, The Way isn’t the only notable project he has on the way. He’s also set to star in four films over the next year, including the upcoming drama Fathers and Daughters, the supernatural flick The 9th Life of Louis Drax and the international thriller Eye in the Sky. He’ll also star alongside Woody Harrelson and Kate Winslet in the crime-drama heist film, Triple Nine, due out in 2016.

The Way will go into the production this summer and is expected to premiere sometime this winter.