The Big Bang Theory has been one of television’s most popular comedies since it first aired in 2007. With its huge and passionate fan base, the series has thrived for eleven seasons (that’s more than Friends, How I Met Your Mother, and Modern Family). But that doesn’t necessarily mean it’s still a good show.

These are the brutally honest reasons the comedy should get canceled sooner rather than later.

1. They amp up the studio audience way too much 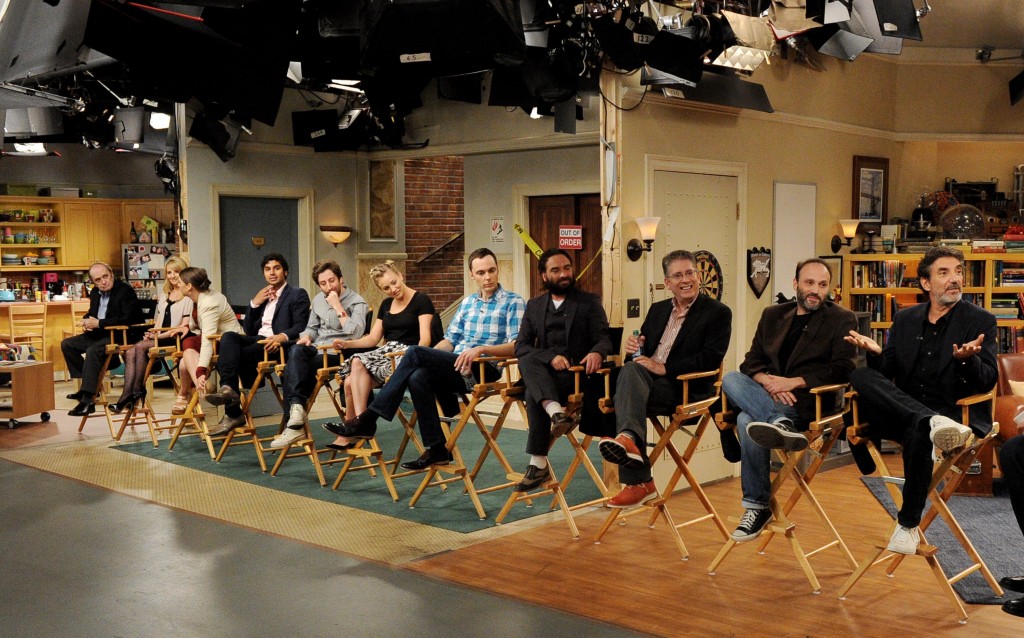 I’ve been to a live taping of TBBT, and let me tell you, it’s a good time. They feed the audience pizza to keep them full and happy and put everyone in good spirits well before the taping starts with a person who acts as a hype man. Between set and scene changes, the hype man keeps everyone laughing and engaged with jokes, games, and dancing. It’s a very easy environment to laugh in … maybe too easy.

Having been a member of the audience, it’s hard to tell if the laughter aimed at TBBT would be so hearty were it not for the overall atmosphere. TBBT has quite the laugh track, and it’s definitely genuine laughter. But if you have the same audience watch the show without all the hype, fun, and food, the series itself probably wouldn’t even come close to producing the same amount of chuckles on its own. 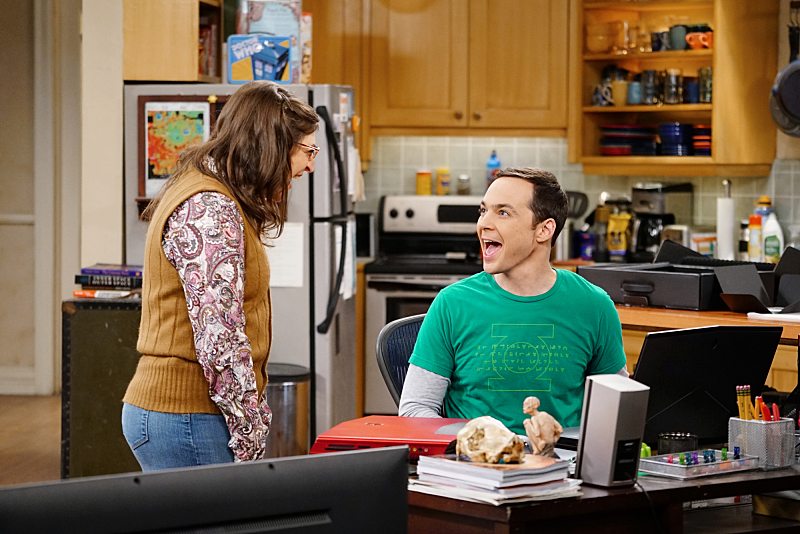 For a sitcom, TBBT doesn’t actually have a lot of written jokes. Jokes follow a formula. The type of laughter TBBT elicits is mostly due to familiarity. When the audience recognizes something (like a scientific term) that’s specific to their world, they laugh.

“On the whole, it’s a pretty lazy programme – quick to go for the cheapest joke in every case, a lot of the humour tends to come from simply referencing nerd stuff,” says Metro. 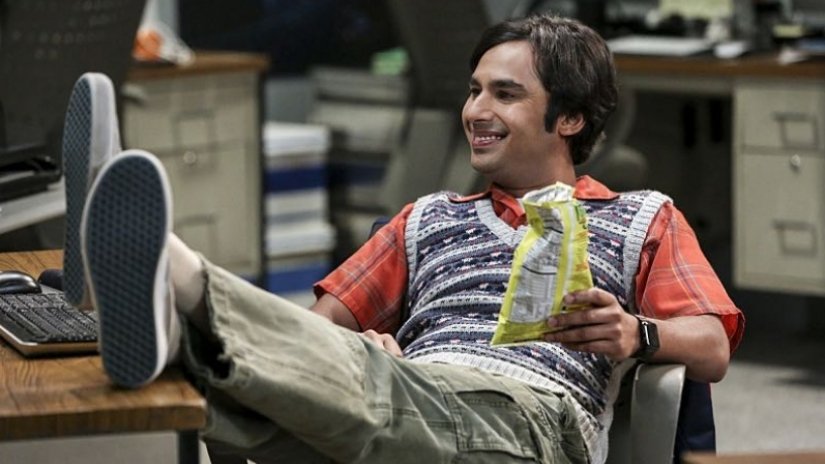 There are some racial problems with Raj’s character. | CBS

Not only is a majority of the cast strikingly white, but when the show does cast diverse actors, it’s not in a fair or accurate light. Raj’s character specifically elicits a negative reaction from viewers due to his racially stereotypical role.

It’s his Indian accent. When Hollywood actors use non-standard accents, something extra is being conveyed about the character […] Hollywood is playing into a stereotype, created by British colonialism, of Indian men not being ‘real men.’ Of the four nerds in the cast, Raj is the least successful with women. In fact, at different points in the show his sexual orientation is called into question. 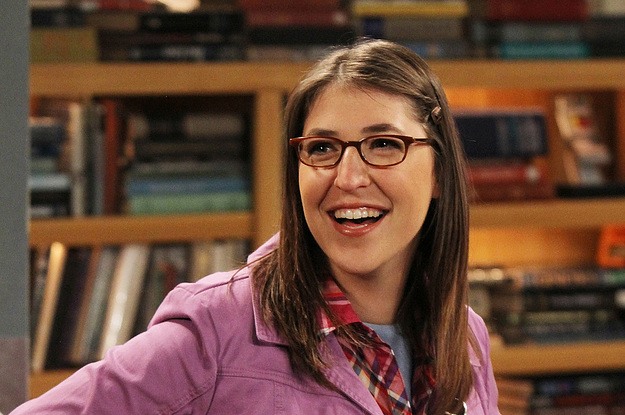 Amy has been the butt of some mean jokes on The Big Bang Theory. | CBS

It doesn’t take a genius to realize the problematic gender roles displayed in TBBT. In one episode, they have a very sober Leonard have sex with a stumbling drunk Penny, even though the character had previously been confused and not at peace with her feelings toward him.

In another episode, Raj and Howard use satellites to spy on topless women. And in another, a joke is made about how Amy is so undesirable that when she passed out at a frat party, she woke up with more clothes on.

The show struggles with real jokes about science, but doesn’t have a problem pitching sexual misconduct gags. 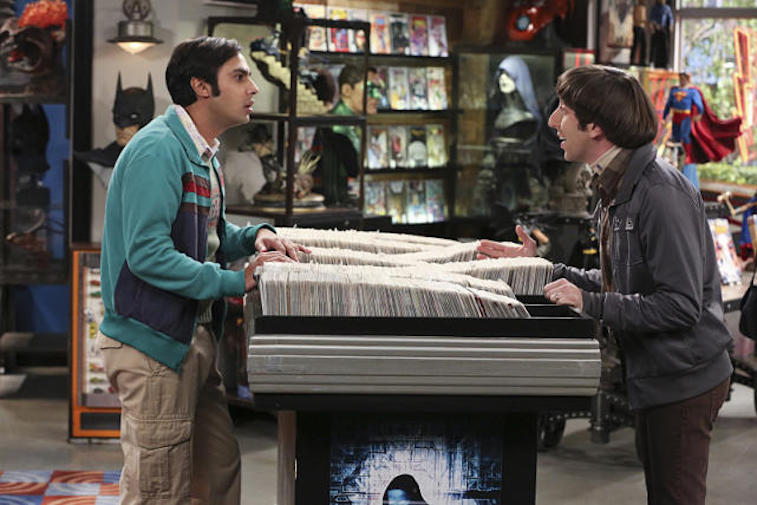 There have been some questionable jokes about Howard and Raj. | CBS

The show is problematic in other areas too. In addition to pushing certain gender and racial stereotypes, many of its jokes also have a sense of underlying homophobia.

Then there’s the more sinister kind of bromance — where the fear of signaling homosexuality is not just the anxiety fueling the comedy, but the punch line itself. The most obviously homophobic of these are Raj and Howard in The Big Bang Theory, where the story has repeatedly circled back to their intimate relationship as a form of “ersatz homosexual partnership,” as Leonard’s mother diagnoses them.

6. The show gives itself too much credit 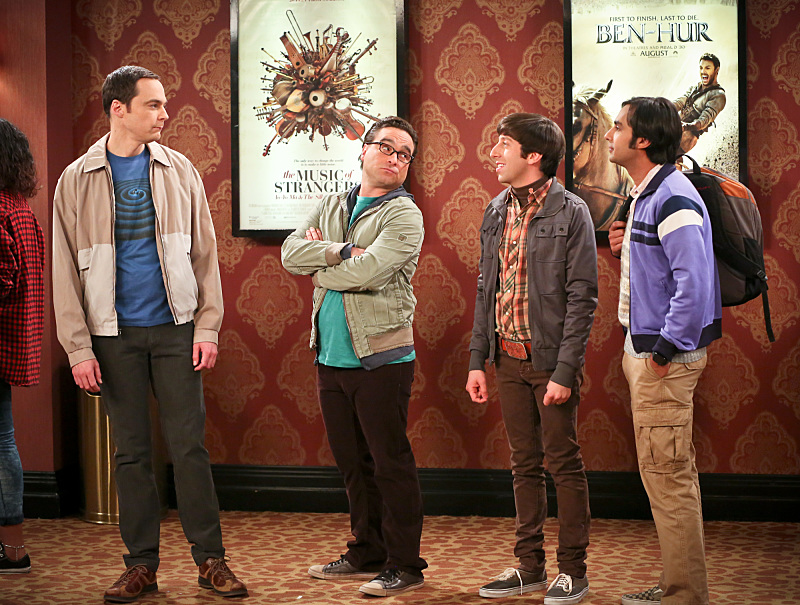 The show is constantly insinuating its funnier than it is. | CBS

The Tab pointed out that the show pauses for laughter an alarming amount of times per episode.

“There is a pause for laughter 17 times in two minutes. Seventeen times. Even the actors themselves laugh over the laughter as if to try and tell you THIS IS SUPPOSED TO FUNNY,” says writer Bobby Palmer. 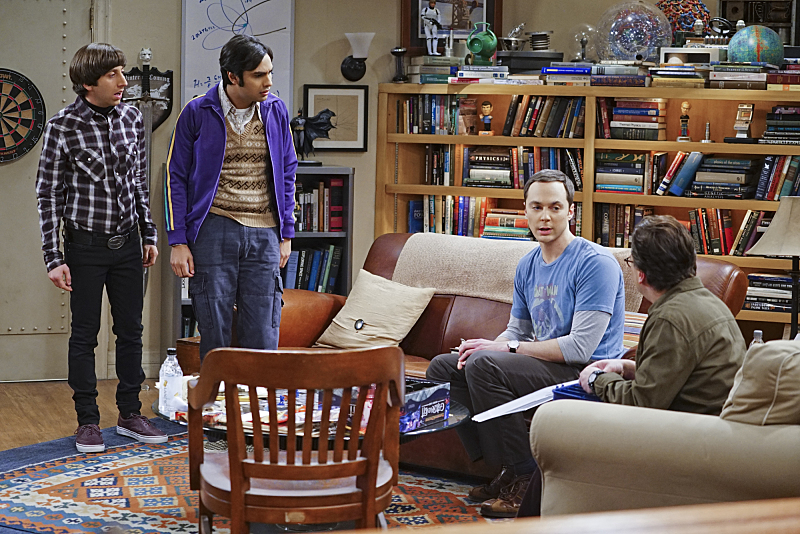 The art of subtlety is lost on TBBT. As The Tab puts it, “The Big Bang Theory’s jokes about nerds are executed with all the grace of a cave troll set loose in the Chamber of Mazarbul.”

8. The show’s actors are some of the highest-paid actors on TV 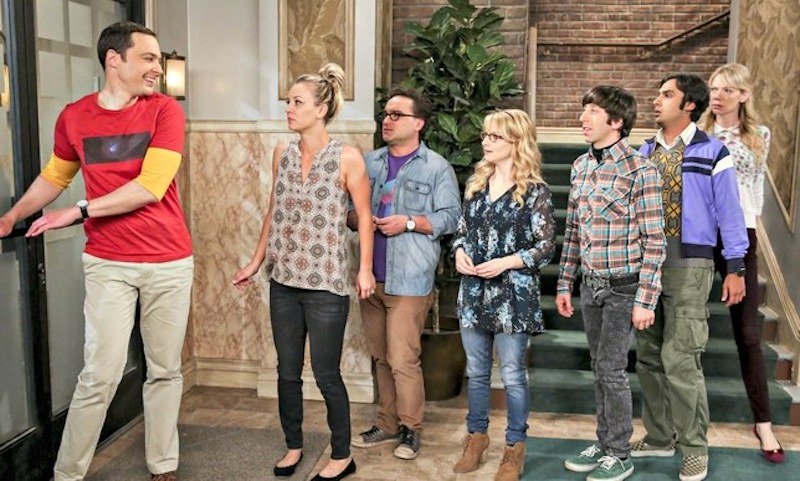 TBBT is one of the most expensive comedies on TV right now, and it’s mostly due to the fact that the actors are paid an incredibly high amount per episode. In fact, it costs the network a whopping $7 million per episode just to pay the cast.

Think about some of the other shows the network could produce if even a fraction of that money was allocated elsewhere. 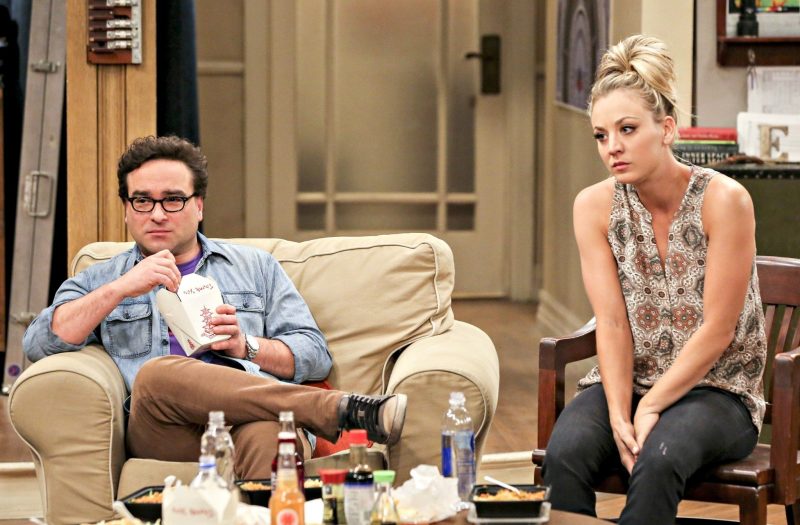 Leonard and Penny have been called one of the most unhealthy relationships on TV. For one thing, throughout a lot of the show, the two aren’t even sure if they like each other, let alone know if they’re compatible or not.

For another, Penny’s feelings of inferiority next to Leonard’s intellect and Leonard’s jealousy aren’t exactly healthy relationship traits, either.

10. The characters are unlikeable 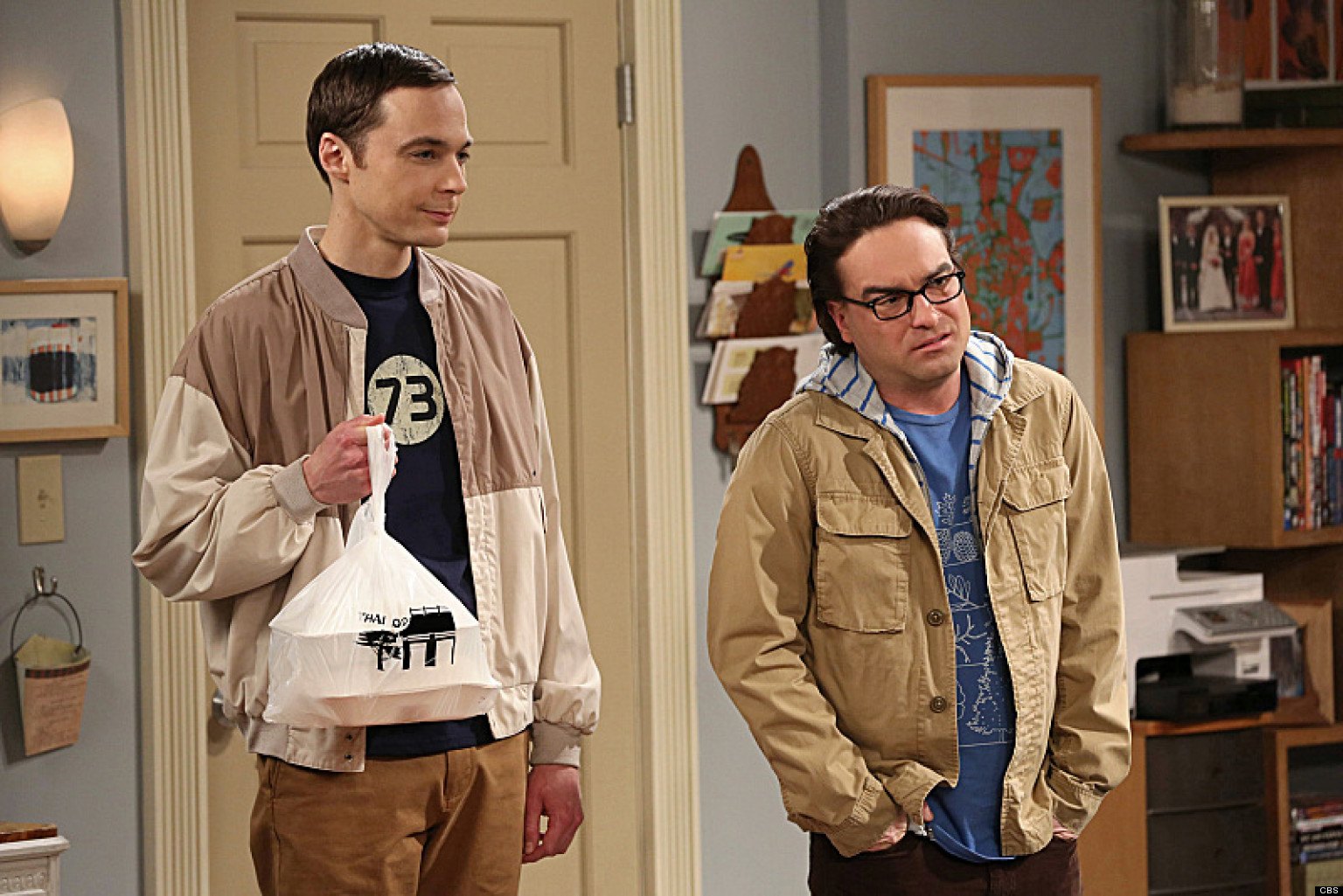 Sheldon and Leonard are among some of the most hated characters on TV. | CBS

If you search the internet for “unlikeable TV characters,” at least a couple TBBT characters will always pop up. On Complex’s list, Leonard is listed as one of the most hated sitcom characters ever. Others argue that Sheldon Cooper is the worst character on TV. And let’s not forget our own list of the comedy’s absolute worst characters.

Sure, every character has flaws, but when a lot of your show’s core group pop up on “TV’s Most Annoying Characters” lists, you have a problem.