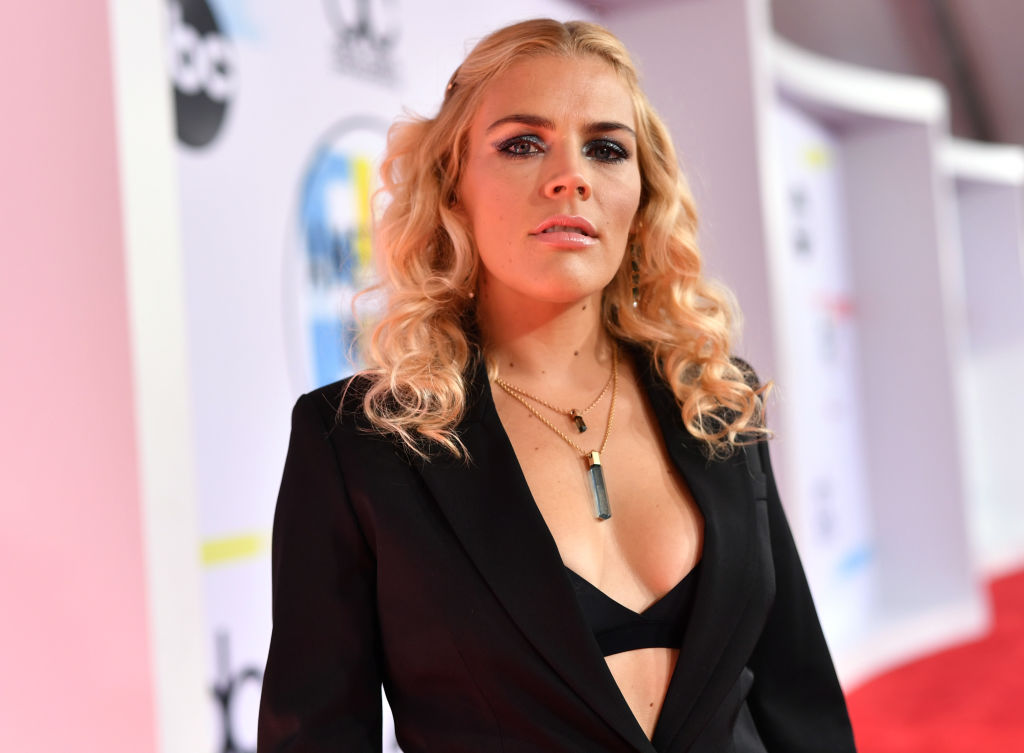 Actress Busy Philipps said some surprising things over the years. She often uses her social media accounts and interviews to share an honest view of her life and struggles. Here are a few of Busy Philipps’ most surprising confessions.

You might think celebrities don’t have a care in the world, especially when it comes to parenting. However, that’s certainly not the case for Busy Philipps. She proves that mom guilt is something felt by celebrities and regular folks alike. Philipps admitted to her fans on her Instagram account that she felt guilty because her daughter’s stuffed animals were left behind on a Hawaii vacation, reports Health magazine. Some friends and hotel staff went on a hunt for the bears, but only one was found. Philipps says she also feels guilty about having to be away from her children for work events.

She says Katie Holmes ghosted her

Philipps told Andy Cohen on Watch What Happens Live that her friendship with her Dawson’s Creek co-star Katie Holmes went down the drain after Holmes started dating Tom Cruise. The actress said she tried to call Holmes several times, but never got a response, reports Daily Mail. “I left her several voicemail messages,” Philipps told Cohen. “I just remember when it happened, and I was like: “Are you on a plane in San Francisco with Tom Cruise? What’s happening?”

She struggles with anxiety

Philipps also told Health that she wrestles with anxiety and that there are mental health issues in her family. She said she had issues with her mental health since childhood. “I grew up in a family where mental health issues are … we’ve got ’em! I’ve had that since I was a kid—racing thoughts, unable to get control of my thoughts, spinning out into paralysis of not being able to do anything and crying hysterically about it, or just feeling totally helpless,” she said in her Health interview.

She says she was assaulted by James Franco

One of Philipps’ most surprising statements was her claim that actor James Franco pushed her to the ground on the set of Freaks and Geeks. In an excerpt of her memoir, titled This Will Only Hurt a Little, she describes Franco as a “bully.”

During one take of Freaks and Geeks, the script required Phillips to playfully hit Franco in the chest. She says Franco reacted angrily to the physical contact: “He grabbed both my arms and screamed in my face, ‘don’t ever touch me again!’ And he threw me to the ground. Flat on my back. Wind knocked out of me,” writes Philipps, according to ABC News. The actress says Franco apologized for his actions the next day.

She sometimes struggles with body confidence

Although Philipps is attractive, she admits she sometimes has a tough time with accepting her body the way it is. She told Health she is a feminist but at times she has difficulty applying feminist beliefs to her own life:

I get so angry that I’m always hard on myself, and the things that I fundamentally hold to be true as a feminist somehow do not apply to me, which makes no sense! This is me being very honest, because I would love to tell you, like, ‘I love my body, and I’m so happy all the time with the way I look.’ But…I don’t. It’s a struggle for me to remember to keep it in perspective. My own self-image is a constantly changing conversation.