Cam Newton: The NFL Star’s Net Worth, and Why He’s Done For The Season

NFL quarterback Cam Newton is a sensation on the football field. The Atlanta native was the first overall pick by the Carolina Panthers in the 2011 NFL Draft, and he’s been stunning football fans with his stellar skills since. When he was just a high school student, Newton was already beginning to make waves with his talent. In fact, his high school coach recruited him to Westlake High School after hearing about his throwing abilities. From there, Newton went to college at the University of Florida –eventually landing at Auburn University where he became one of the greatest players in the history of the university leading the Auburn Tigers to an undefeated 12-0 season in 2010, and a historic win over the ever-dominating University of Alabama.

Since being drafted into the NFL in 2011, Newton has yet to slow down. He was Rookie of the Year in 2011, the NFL MVP in 2015 and he’s the only football player in modern day history to be awarded the Heisman Trophy, win a national championship, and become the first overall pick in an NFL draft all within the same year. So what is Newton worth today and why is he sitting out the rest of the 2018 football season? 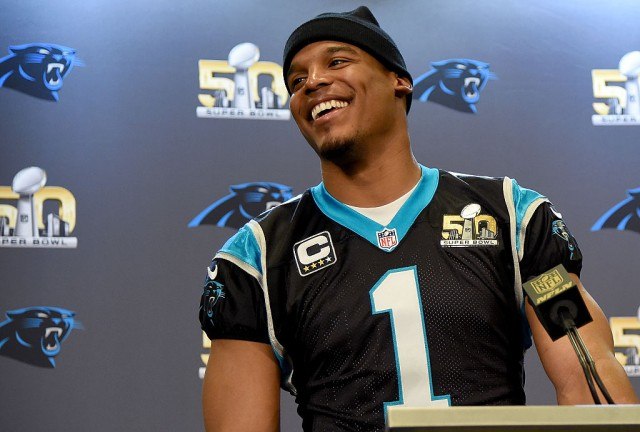 Cam Newton has a $45 million net worth

Newton has earned most of his wealth through his massive $21 million salary with the Carolina Panthers, but by the time he finishes his contract, he’ll be worth a lot more than $45 million. At present, the eclectically dressed footballer is in the fourth year of a five year deal with the Panthers where he’s set to earn a total of $103.8 million.

According to Spotrac, the 29-year old quarterback is making a $14.5 million base salary. He also earned a $4.5 million singing bonus. His contract caps his salary at $21.5 million. As far as what quarterbacks are typically paid in the NFL, Newton’s contract is top tier. He ranks 15th among quarterbacks with the highest salaries in the league.  Newton also keeps his bank accounts flush with massive endorsement deals including Under Armour, Beats by Dre, and Gatorade. If you’ve seen him off the field, you also know that he has a passion for fashion. He has partnered with Belk department store for his own line, MADE by Cam Newton. His looks are — interesting.

Why is Cam Newton done for the season?

The Panthers recently announced that Newton will be benched for the duration of the 2018 football season because of some injury concerns. According to Sports Illustrated, Newton has been experiencing soreness in his shoulder. Though the injury hasn’t necessarily gotten any worse, the team has decided to bench their quarterback in favor of Taylor Heinicke who is 100%.

This choice certainly won’t make or break the Panthers’ season, since there is almost zero chance they are heading to the playoffs. However, since it’s possible Newton will be facing another shoulder surgery in the next few years, a good long rest might be just what the doctor ordered.