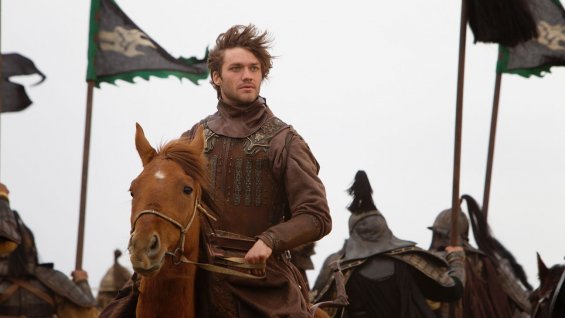 Amazon is basking in the glory of its recent success with the original series Transparent and is ordering pilots for the potential new original series to air on the streaming service. The company has just announced an order for another pilot, this one a historical drama about the legendary 18th century raconteur Casanova. Deadline reports that Casanova will come from The Americans writer and producer Stu Zicherman and Electus’s Ben Silverman.

While Casanova may be a very well-known historical figure, the show will explore a lesser-known period in the romantic’s life; the time he spent in exile in Paris and needed to start his life over from scratch. After the libertine’s various schemes finally ran him into trouble with the inquisitors in his hometown of Venice, Italy, Casanova was sent to prison. Once he escaped from prison the materialistic womanizer was forced to flee to Paris with nothing, knowing no one. During his time in Paris he started the state lottery, got rich from it, traveled, and hung out with royalty. The exile in France lasted for 18 years after Casanova broke out of prison.

Amazon is hoping that Zicherman and Silverman can do a better job with the historical drama format than Amazon’s streaming service competitor Netflix did with last year’s Marco Polo. That show was about Marco Polo’s early days in the court of Mongol ruler Kublai Khan and its reviews were lukewarm at best. The series has a 48 Metascore on review aggregator Metacritic, indicating average or mixed reviews. “Creatively, it’s just a middling mess — something so average that a basic cable channel could have duplicated it without all the foreign travel for about $84 million less,” said a review from The Hollywood Reporter.

Silverman was a producer on Marco Polo, so he’ll have to avoid making the same mistakes twice with Casanova. He’s also worked on the Showtime historical epic The Tudors, which fared much better than Marco Polo during its four-season run. That show was set in the English court during the reign of Henry VIII.

Zicherman, who wrote the script for Casanova, told Deadline that there is a lot about Casanova that people don’t know and much more to the man than the popular myth. “He was not a Don Juan, he never was the greatest lover going for notches on his bedposts. He loved women deeply, finding something to love about each of them — how she laughed, how she smelled, how the hair fell on her shoulders. He also was a great writer, a musician. He was very studious and was interested in Kabbalah, dark arts and mysticism,” Zicherman said.

“I thought I knew everything there was to know about Casanova,” Zicherman said, until he learned about the prison break and exile. “I thought the whole idea of Casanova living in exile in Paris was great,” he continued.

Parts of the pilot will be filmed around Paris, but hopefully the team behind Casanova will manage to stay under the reported $90 million budget that Marco Polo had should the show get picked up to series. The BBC’s Downton Abbey and to a lesser extent The Tudors have shown that historical dramas can be very popular when they strike the right chord. If Casanova does, then Amazon will have a victory against Netflix in the historical drama department.