Can ‘Cloudy With a Chance of Meatballs’ Show Become a Hit Like Films? 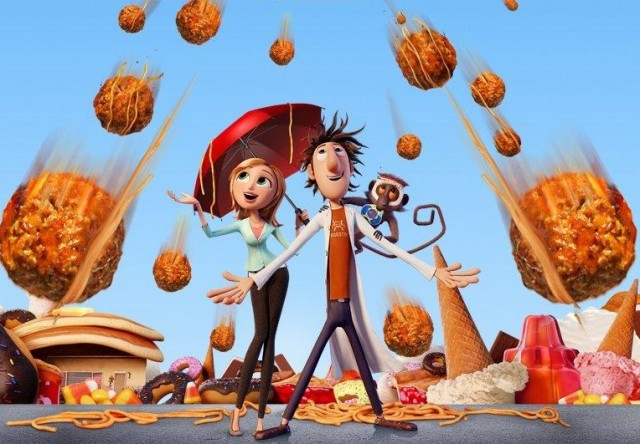 Cloudy With a Chance of Meatballs is returning, this time in a different format. Sony Pictures Animation has teamed up with DHX Media to expand the hit animated franchise for the small screen.

According to Deadline, the studio is developing a new TV series based on the bestselling book by Judi and Rob Barrett, as well as both of the 2009 and 2013 films, which were written by Phil Lord and Chris Miller. The first movie followed the adventures of young scientist Flint Lockwood (voiced by Bill Hader) and a brainy weathergirl (Anna Faris) as they attempt to discover why the rain in their small town has stopped and food is falling in its place. The sequel picked up where the original left off, with Lockwood’s infamous machine, which turns water into food, still operating and now creating food-animal hybrids, known as “foodimals.” Cloudy With A Chance Of Meatballs: The Series won’t be a direct reboot or a followup, but will instead act as a prequel.

Per Deadline, the show will take place well before the events of both movies, chronicling the high school years of the then-budding inventor, Lockwood. In addition to focusing on the eccentric scientist, the show will also feature plenty of other familiar faces from the movie, including Flint’s father, Tim; school reporter Sam Sparks; Steve the Monkey; and sardine model Brent McHale. So far, there’s no word on whether Hader, Faris, or any of the other celebrities who voiced the characters — including James Caan, Neil Patrick Harris and Andy Samberg — will be reprising their respective roles on the TV show.

Either way, Sony is clearly pretty confident in the project. The studio has already signed on to produce 26 22-minute episodes of the computer-animated story. The deal will also reportedly allow DHX to represent worldwide merchandising for the TV series.

“Cloudy With A Chance of Meatballs has a tremendous legacy as beloved children’s books and a duo of highly popular feature films, showing how great ideas can succeed across media,” DXH Media President and COO Steven DeNure said, per Deadline. “We believe audiences both old and new are going to love this fiercely funny franchise re-imagined for the small screen.”

Cloudy with a Chance of Meatballs is only the latest in a long line of popular movies set to undergo small screen adaptations. Real Genius, In the Heat of the Night, Big, and Rush Hour have all been among the flicks recently announced to get a television reboot.

Then again, it’s no surprise that the studio would want to expand the franchise, given that both of the films were big critical and commercial successes. The original film earned $243 million worldwide against a $100 million budget. The sequel also performed well, grossing more than $274 million worldwide. Now, Sony is clearly hoping the television series will draw some of that same audience back. Whether or not it’ll be able to do so remains to be seen, but it could have potential with the right storyline, especially since the movies were so well-received. Still, it has a ways to go. The project is currently in development and no network or streaming service has picked it up just yet.