Can Cristela Alonzo Save Her Show? 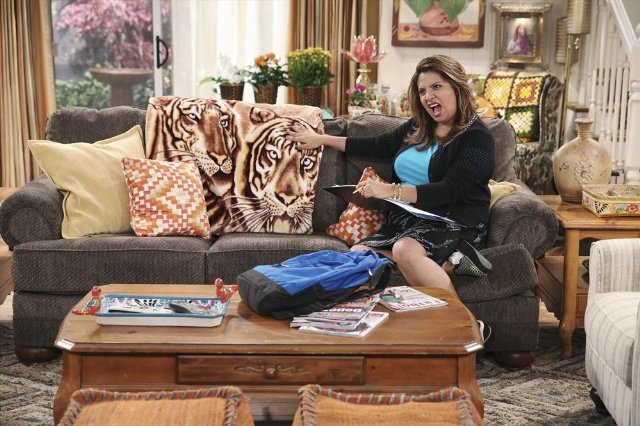 The freshman sitcom Cristela is on the verge of cancellation, and the show’s creator and star is pushing for the series to be saved. Most shows don’t do this kind of campaigning when they see the ax hanging over their heads, and it’s possible that the passionate letter to fans that comedian Cristela Alonzo has written on her blog could gain the series enough attention to save it.

The series has wavered in the Nielsen ratings that are the lifeblood of network TV shows, but Alonzo has pointed out many reasons why it would be worth ABC’s while to keep it on the air. Perhaps with all this attention, the network will listen.

Just before the show aired the last episode of its first season, Alonzo published a long letter on her blog titled “A Possible Goodbye.” As of right now, the series seems to be on the bubble for a second-season renewal, with ABC not having decided whether to renew it alongside other diversity-oriented shows like Black-ish and Fresh Off the Boat.

“This year, I became the first Latina to create, write, produce and star in her own network show. I’m proud to say that out of eleven writers, four of us were women and four of us were Latino… We are a show featuring a Latino family that is actually written by Latinos and I think it’s important for my show because it needs to have an authenticity to it,” Alonzo wrote.

The show is based on Alonzo’s own life, following a woman from an immigrant family who puts herself through law school and works an unpaid internship. In order to get through school she must move back in with her very traditional Mexican-American family, who don’t fully understand her ambition. Much of the hilarity comes from the culture clash between Cristela and her own family as she tries to drag them from the old ways into the modern present she wants to inhabit.

Cristela has gotten warm reviews since its debut, but a lack of edginess and marketing from ABC have left many unaware that the series even exists. Cristela was purposefully modeled in the tradition of old-school multi-camera family sitcoms, just with a Latino family at its center. This left some critics and viewers used to edgier content cold to the show’s laugh track and inoffensive humor.

The show’s ratings are what’s pushing it toward cancellation. According to an article from Vulture arguing for ABC to keep it on the air, Cristela has a 1.3 rating in the below-50 demographic that advertisers are most interested in. It is ABC’s lowest-rated scripted series still on the air, but it is much better than the last show the network had in its 8:30 p.m. Friday slot. The show has also shown considerable growth the longer it’s been on air, something that could continue if ABC is willing to give it the chance.

Given how large the Latino demographic is and the fact that it’s only going to continue growing, ABC would perhaps be smart to bet on the show having some longevity, market it a bit more, and be able to tout to advertisers that the network has a Latino family sitcom on its roster. The network would have a lot to brag about, considering Cristela is not only about Latinos but is also created and written by them.

Despite some good reasons why ABC should keep the show around, TV is a numbers game. If a show isn’t making money, then it will get cancelled. Whether this will happen to Cristela remains to be seen, but it isn’t smart to bet on network executives being sentimental about giving anyone a second chance or breaking ground if there are no dollar signs attached. “It worries me and not because I want to be on TV more. It worries me because I think this show gives a voice to people that haven’t been given a voice before,” Alonzo wrote.

Most showrunners don’t like to call attention to their own series’ impending doom, but this letter from Alonzo could help Cristela gain the attention it needs to convince ABC to keep it around.