Is Emma Roberts the Next Big YA Star? 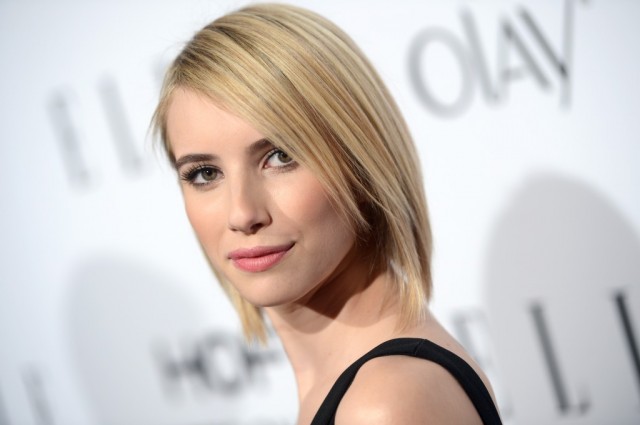 Emma Roberts is diving into the YA genre. The actress is set to co-star alongside Dave Franco in the upcoming big-screen adaptation of Jeanne Ryan’s young adult thriller novel, Nerve.

The movie follows the story of a high school senior wallflower, Vee, who attempts to break out of her shell by joining a global online game of provocative truth or dare with another mysterious player, Ian (Franco). As she plays, an audience of “watchers” vote and comment. But as she advances to higher and higher levels and becomes an online sensation, the game begins to take a dark turn. As the stakes grow higher and the game gets more dangerous, she must decide how far she’s willing to go to win.

Catfish duo Henry Joost and Ariel Schulman have signed on to direct the project, per The Hollywood Reporter. Jessica Sharzer penned the screenplay, while Allison Shearmur and Anthony Katagas are on board to produce.

The movie is set up at Lionsgate, which is no stranger to the genre. The studio has already found success with its previous YA adaptations, The Hunger Games and Divergent franchises. Now, it’s looking to find its next win in that same realm. Unlike the aforementioned trilogies, Nerve, which was published in 2012 and marked Ryan’s debut novel, is a standalone book — at least, as of now.

Still, it sounds like it could make for another promising adaptation for the studio, especially since the novel has drawn praise for its fast-paced, sometimes unsettling story that seems primed to appeal to fans of The Hunger Games.

Having Roberts and Franco on board only adds to the project’s potential. Both young stars have been climbing the Hollywood ranks over the last couple of years. Roberts has gained plenty of attention for her work on FX’s American Horror Story series, as well as her roles in films like 2013’s We’re the Millers and the 2014 indie Palo Alto (the latter of which she co-starred opposite Franco’s older brother, James Franco). Meanwhile, the younger Franco has also recently enjoyed a rise in profile, following scene-stealing roles in both Jumpstreet movies and 2014’s Neighbors.

Should Nerve perform as well as Lionsgate’s other YA films, both actors could be set to reach a new level in their careers. Though it might be difficult now to think of a time when Jennifer Lawrence wasn’t a mega movie star, the actress truly became a household name after The Hunger Games.

Shailene Woodley has also experienced a rapid rise in star power following starring turns in YA movies The Spectacular Now, The Fault in Our Stars, and Divergent. The latter two films have also helped put Woodley’s co-star, Ansel Elgort, on the map. Whether Nerve could prove to be a similarly career-boosting vehicle for Roberts and Franco remains to be seen.

In the meantime, both stars have plenty of projects on their plates. Roberts is currently starring in the Sundance film I Am Michael, as well as appearing in the comedy-drama Ashby, out later this year. The actress is also set to re-team with American Horror Story creator Ryan Murphy on his new show, Scream Queens.

Meanwhile, Franco is currently in production on the Now You See Me sequel and is also starring in Unfinished Business, due in theaters on March 6. He also reportedly has a role in the James Franco-directed comedy drama Zeroville.