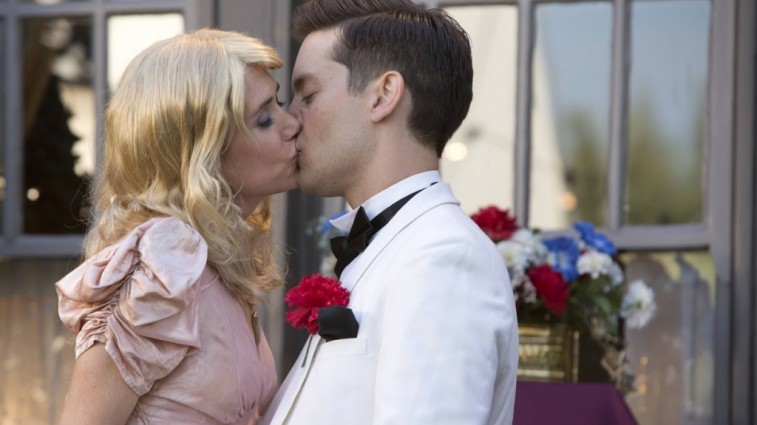 You probably recognize the Funny or Die banner from hilarious online videos like the Drunk History series or Zach Galifianakis’s talk show Between Two Ferns, which feature big name actors and comedians at their very silliest. Funny or Die’s ambitions have grown significantly since the website was founded by Will Ferrell and Adam McKay back in 2007, and it seems intent on producing its version of “serious” (i.e., high-quality) television content. The question is whether the short-form videos can translate successfully into longer form TV, and whether the company’s online fanbase will follow them to a traditional network.

Funny or Die recently announced the second installment of its Spoils miniseries which will be called The Spoils Before Dying. The show will run on IFC and star Kristen Wiig, Maya Rudolph, Haley Joel Osment, and Will Ferrell among a huge ensemble cast, according to a report from Deadline, and will premiere this summer. This is part two in Funny or Die’s Spoils franchise, the first of which was called The Spoils of Babylon that earned Wiig an Emmy nomination for lead actress in a miniseries.

According to Deadline, The Spoils Before Dying will focus on the jazz scene of the 1960s and be a “pulp-noir murder mystery.” Michael Kenneth Williams of Boardwalk Empire and The Wire will play a struggling jazz pianist who becomes the number one suspect in a double murder when his lover and singer played by Maya Rudolph is found dead in a car with another man. He then leaves town and flees to Mexico, where he meets up with another singer, played by Wiig. Together, they return to Los Angeles to prove his innocence. Will Ferrell will reprise his role as Eric Jonrosh, the director of the miniseries who introduces and closes each of his scandalous literary adaptations.

The point of the Spoils series is to make fun of over-the-top dramatic miniseries. The Spoils of Babylon poked fun at multigenerational sagas of dysfunctional families with a story of an entrepreneur played by Tim Robbins hoping to get rich in the oil fields of Texas. There, his adopted son (Tobey Maguire) has an affair with his daughter (Wiig) before being shipped off to WWII and marrying a literal mannequin, voiced by Carey Mulligan.

Critics thought that the send-up of bloated, epic television events was hilarious, and Wiig’s Emmy nod is no laughing matter for a company formerly devoted to silly online videos. The Spoils of Babylon has an 85% rating on Rotten Tomatoes. “Wiig passionately faces off with a mannequin, voiced by Mulligan. It’s some of the best acting either has ever done. It’s gloriously, throw-up-your hands ridiculous,” said The Wrap. IFC is a good home for Funny or Die’s content, being a network that champions strange, left-of-center content.