Can George R.R. Martin Movie Get ‘GoT’ Fans Into Theaters? 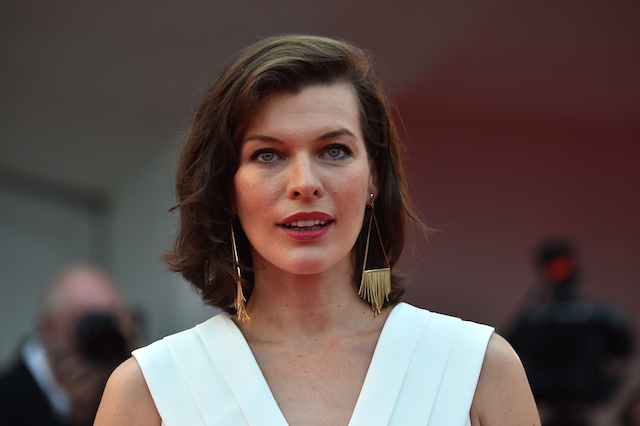 The studio Myriad Pictures is reportedly developing the first big-screen adaptation of fantasy writer George R.R. Martin’s work, and Variety says that model, actress, and sci-fi sex symbol Milla Jovovich is in negotiations to star. Given the huge success of Game of Thrones, the HBO series based on Martin’s novels, it’s no surprise that his work is now being mined to make a feature-length film.

The movie In the Lost Lands will be based on three of Martin’s short stories, including the title story, which was published in 1982 and isn’t very widely read. The under-the-radar source material could lead to a movie with a fantasy world that comes from Martin’s fertile imagination, but not a story in which a chunk of the audience will already know the plot.

Variety reports that Jovovich will star as a sorceress hired by the desperate queen of a kingdom built into the side of a mountain to go into the Lost Lands and obtain the magical ability to transform into a werewolf. Another story will be about a young female warrior who must fight the dragon that guards the gates of the Seven Worlds in order to find her lost lover. The third tale, “Bitterblooms,” is more futuristic science fiction than the previous two and involves a barbarian girl who a lonely witch brings aboard her spaceship to keep her company.

In the Lost Lands will also star Shameless’s Justin Chatwin; it is being directed by Constantin Werner from his own screenplay adaptation. It’s uncertain if Martin will be as closely involved with this film as he is with the HBO production of Game of Thrones, but Variety did report that the visual effects house Pixomondo, which also does the award-winning effects on that TV show, will be handling the effects on the movie.

Game of Thrones, based on the novels in Martin’s A Song of Fire and Ice series, is HBO’s highest-rated show ever and has secured lots of critical acclaim, as well. The series follows various political dynasties in Martin’s fantasy universe and is known for ruthlessly killing off characters. In the fourth and most recent season, Game of Thrones finally surpassed The Sopranos to become the most-watched show on HBO.

Reuters reported after the final episode of Season 4 aired that 7.1 million people tuned in to see the finale. The show has won 14 Emmy awards and has gotten better notices from critics with each passing season. Season 4 has an enviable 94 Metascore on review aggregator Metacritic. “It is — and continues to be in Season 4 — a total storytelling masterclass,” said The Daily Beast critic Andrew Romano.

Choosing Jovovich as the star of a George R.R. Martin movie was an excellent choice to further appeal to that fantasy-loving demographic. The model and actress is best known for her film work in other genre-type movies, such as the Resident Evil franchise, The Fifth Element, and Ultraviolet. Fans of Game of Thrones probably like or are at least familiar with Jovovich’s other films. She certainly has the fantasy and action pedigree to be able to play a sorceress on the quest to discover the gift of shape-shifting into a werewolf.

With Martin’s novels producing such a successful television show for the past four years, it’s almost surprising that only just now is a filmmaker digging into his huge volume of fiction to make a feature-length movie. The large fan base that Game of Thrones has is already primed for more fantasy from Martin’s imagination.