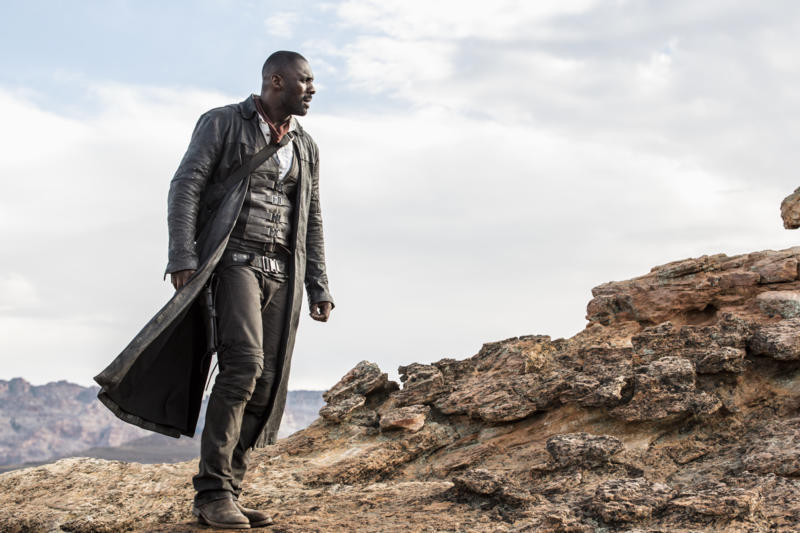 When an actor reaches A-list status, a new task often befalls them: saving an otherwise risky film. Idris Elba and Matthew McConaughey are the two major stars at the helm of fantasy series adaptation The Dark Tower. But it’s Elba’s hero, the Gunslinger, upon whom the responsibility lies. And sadly, it seems as though he may have failed, despite his best efforts.

A little backstory first: Written over a 22-year period by Stephen King, The Dark Tower is a seven-book (plus one novella prequel) series. The idea originally came from a Robert Browning poem, but covers a wide array of genres, including sci-fi and Western.

Like many films of its kind, The Dark Tower spent years in development hell. Ten years ago, J.J. Abrams was first attached as director. The project moved from Universal to Warner Bros. and finally, to Sony. Ron Howard and Imagine Entertainment have maintained the rights, with Academy Award-nominated director Nikolaj Arcel at the helm.

As in the series, a preteen boy named Jake anchors our journey, ending up in another dimension where the eponymous tower is located. There, he meets Elba’s Roland Deschain (whom he knows as a “gunslinger”). The two must work together against an evil sorcerer, Walter, The Man in Black (McConaughey).

A common problem facing adaptations of Stephen King’s works (and novel-based films in general) is the balance between being faithful to the source material and creating something that stands on its own. In the case of The Dark Tower, critical consensus in this area is overwhelmingly poor.

With overall opinions ranging from accepting to scathing, few have anything negative to say about the acting. The Verge describes Elba’s character as “a haunted but powerful man,” claiming he excelled at “playing up his certainty and force of will in a convincing way.” Uproxx simply names him “the only good thing in this movie.”

Additionally, Variety (in one of the most positive all-around reviews) calls Tom Taylor, as Jake, “a good young actor who radiates tensile anxiety.” It also references McConaughey, saying that he “makes the Man in Black a neatly purposeful demon, a roving executioner with style.”

But in the end, a full-bodied script is necessary, and this is where The Dark Tower fails. This could be due to the relatively short run time (95 minutes) or simply a lack of direction. Sadly, it doesn’t seem as though Elba or anyone else can raise the status of the flick from disappointingly mediocre.