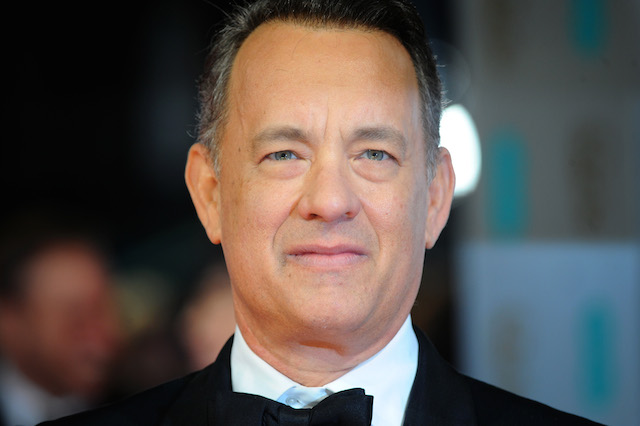 Inferno, the latest sequel in The Da Vinci Code franchise based on Dan Brown’s books, is finally rounding out the rest of its cast. The long-awaited followup has added several international actors to star alongside returning lead Tom Hanks and the Oscar-nominated Theory of Everything star Felicity Jones.

In Inferno, Hanks will reprise his role as expert symbologist Robert Landon. The movie follows an amnesiac Langdon as he wakes up in an Italian hospital with no memory of how he got there or why. He teams with Dr. Sienna Brooks (Jones) in an effort to recover his memories, which he needs in order to prevent a madman from releasing a global plague connected to Dante’s Inferno.

Now, the movie is adding a list of talented actors to its roster. Omar Sy (X-Men: Days of Future Past, the upcoming Jurassic World), Irrfan Khan (Slumdog Millionare, Life of Pi), and Sisde Babbett Knudsen (Borgen, The Duke of Burgundy) are set to join Hanks and Jones in the upcoming mystery thriller. Per Deadline, Khan will play Harry Sims (also known as The Provost), the head of a sinister group that becomes involved with Langdon. Sy will take on the role of Christoph Bruder, the leader of a disease prevention team. Knudsen will portray Dr. Elizabeth Sinskey, head of the World Health Organization.

Inferno is the fourth sequel in the book series but only the third in the film franchise, as the latter skips over the 2009 novel entry The Lost Symbol. Director Ron Howard will return to helm the big-screen adaptation off a script written by David Koepp (Angels & Demons, Mission: Impossible).

“For this film, I wanted Tom Hanks to be surrounded by an international cast of actors whose energy will underscore Robert Langdon’s life-or-death peril, the high-stakes action he takes, and the global threat that he’s trying to prevent,” Howard said of the casting news, per the Wrap. “Felicity, Irrfan, Omar, and Sidse have all broken through with recognition here in America as well as their home countries — they are phenomenal talents and we can’t wait to get started.”

Inferno was originally slated to hit theaters this year but was pushed to 2016 to avoid going head-to-head with Star Wars: Episode VII. It marks the first installment in the franchise since 2009’s Angels and Demons, which earned mostly negative critical reviews. Despite the lackluster reception, the film was a box office success, earning more than $485 million worldwide against a $150 million budget and becoming one of the top 10 highest-grossing movies of the year.

Whether Inferno can fare better than Angels and Demons by becoming both a commercial and critical success remains to be seen. Significant time gaps between sequels can sometimes hurt newer installments, which is likely part of why Sony and Columbia Pictures decided to go straight to Inferno, instead of following the order of the books. The novel, published in 2013, debuted as the No. 1 bestselling book in the U.S. despite also garnering mixed reviews.

In any case, the film adaptation seems to be getting off to a solid start with its growing roster of talented actors. Plus, it seems the ensemble cast is only set to get stronger in the coming months. As Deadline reports, the filmmakers are reportedly in talks with several other internationally recognized actors for major roles.

Inferno is set to hit theaters on October 14, 2016. In the meantime, Hanks has three new films scheduled to premiere over the next year: the historical spy thriller St James Place, the comedy drama A Hologram for the King, and the Meg Ryan-directed drama Ithaca.