Can ‘Insurgent’ Succeed After Lukewarm ‘Divergent’? 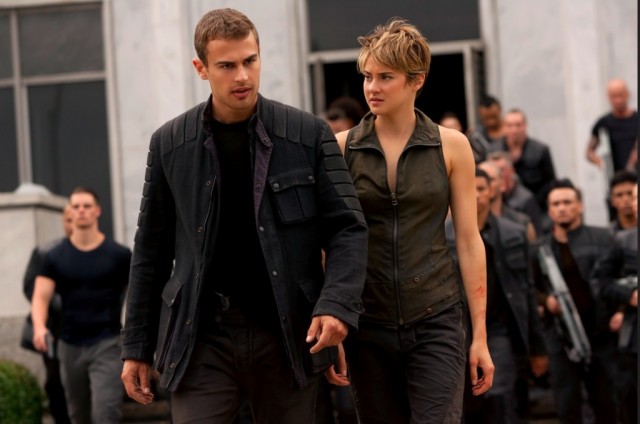 Later this month Lionsgate will release the sequel to the company’s second-best female-led young adult fantasy novel adaptation franchise Divergent, though the upcoming release of Insurgent calls into question how well the sequel will do given that the original didn’t meet expectations. Stars Shailene Woodley and Miles Teller have grown their celebrity over the past year with highly acclaimed turns in The Fault in Our Stars and Whiplash respectively, and fans of the book series are still likely to turn out for the second film, but that might not be enough to make Insurgent anything more than Divergent was; a forgettable flop that enters and exits theaters almost unnoticed. It’s enough to make one wonder if the two-part finale Allegiant will even make enough money to cover its production budget.

Divergent was released last year to high expectations due to star Shailene Woodley’s well-received work in her previous movies and the subject matter’s seemingly guaranteed box office draw. It promptly fell far below those expectations when the film was released to very poor reviews and failed to make as much money as expected. The movie only made $54.8 million during its opening weekend, while industry watchers had predicted it would make up to $68 million. The movie had been promoted as a new Hunger Games, but fell almost $100 million short of the first Hunger Games’s $152 million opening.

Though all the press surrounding Divergent made Woodley a much bigger celebrity and her performance itself was generally praised, the movie overall received worse reviews than her earlier films like The Spectacular Now. Divergent has a 41% rating on Rotten Tomatoes with critics complaining that it was boringly predictable, bringing nothing new or original to the young adult dystopian future genre. Before the movie came out Woodley was being labeled the next Jennifer Lawrence, but she hasn’t yet quite lived up to that expectation in the same way Divergent failed to live up to the Hunger Games comparison.

Early reviews of Insurgent are saying similarly poor things about the sequel to Divergent. “So yes, take everything annoying about a cobbled-together, overly familiar YA adaptation, add the built-in wheel-spinning of a sequel, and you’ve got Insurgent,” said The Wrap. While there haven’t been enough reviews yet to reach a consensus, the movie currently has a very low rating of 29% on Rotten Tomatoes.

Of course poor reviews are never a guarantee of box office failure (Fifty Shades of Grey, anyone?). Forbes pointed out that Insurgent is being released in 3D as well to reap the benefits of premium ticket prices. Woodley received great reviews and lots of new fans in the same young adult age group with last year’s The Fault in Our Stars, so some of fans of that movie might turn up at Insurgent for her. Miles Teller’s career-making turn in Whiplash could also get some more fans of him into the theater for this as well.

Divergent ended up having a significant amount of success internationally and made $288 million worldwide by the time it bowed out of theaters. While it might have been viewed as a bit of a flop in the U.S., it certainly made its money’s worth in the long run. Insurgent will likely bring more of the same. It feels like the same movie as Divergent, which is essentially the same as previous young adult fantasy franchises, but also the same decent performance at the box office over time compounded by foreign release.