Can Jamie Foxx Successfully Bring Another Icon’s Life to Screen? 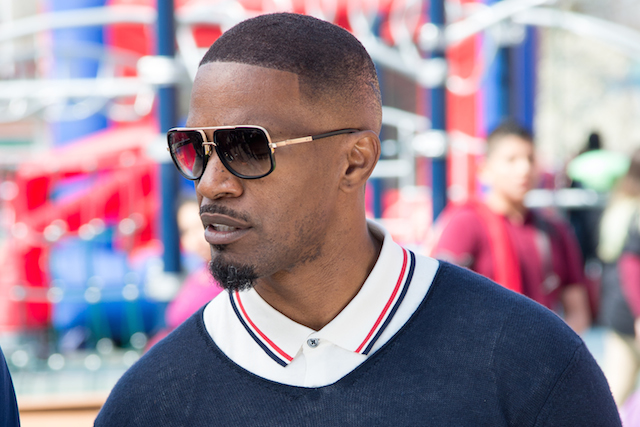 Jamie Foxx is putting on some gloves and heading into the boxing ring. The actor is reportedly set to take on the role of legendary sports figure Mike Tyson in an untitled biopic currently in development.

Tyson himself announced the news to the Mirror, explaining that he and the actor have been in the process of setting the project in motion for quite some time. “Me and Jamie Foxx are in discussion, and we gonna do it,” he told the publication. “Within a year to 18 months, we’re going to do the Mike Tyson story and he’s going to portray me…”

The project already has a scriptwriter, Terence Winter (The Wolf of Wall Street) on board and Foxx’s manager Rick Yorn is reportedly set to produce. According to Variety, the movie is still coming together and hasn’t been picked up by a studio yet, but will likely have no trouble doing so once the final details are ironed out. Tyson also said Martin Scorsese could be involved in the project.

HBO previously made a TV movie about Tyson in 1995 starring Michael Jai White, and James Toback directed the documentary Tyson in 2009, but this is the first time his life story will be depicted on the big screen. It’s unclear exactly which periods of Tyson’s life the upcoming biopic will cover. But after almost thirty years of fame, there’s certainly no lack of material to choose from. Tyson is inarguably one of the most well recognized sports figures in the world, not to mention one of the most widely controversial ones.

After a difficult childhood in Brooklyn, Tyson became the youngest heavyweight champion ever at age 20 in the 1980s. He lost his title in a huge upset in a 1990 match against Buster Douglas. His life subsequently took a dark turn, with Tyson earning a six-year stint in jail on a rape conviction. He returned to boxing, but was never quit able to regain his former glory, instead making headlines for biting off part of Evander Holyfied’s ear in 1997.

After retiring in 2005, he continued to struggle with a bankruptcy in 2003 and the death of his four-year-old daughter in 2009. Since then, he has continued to make his name known with TV appearances, a cameo in The Hangover, a memoir, and even a one-man Broadway show.

It’s a lot of drama for even the most accomplished actor to take on. Plus, there’s the added complication of having to use CGI in order to allow Foxx to portray Tyson as a youth (similar to the techniques used on Brad Pitt in Benjamin Button). So will Foxx be able to pull of the part? It wouldn’t be the first time he brought a huge personality to the big screen. Foxx earned an Oscar for playing Ray Charles in the 2004 Taylor Hackford biopic Ray. He also has experience working in sports films, having played Drew Bundini Brown, Muhammad Ali’s corner man, in Ali and quarterback Willie Beamen in Any Given Sunday.

But perhaps most importantly, Foxx seems to have been genuinely passionate about the project for quite some time. He has expressed avid interest in Tyson’s story in the past, telling MTV he’d like to portray the icon on screen back in 2009. Meanwhile, Winter has experience adapting the lives of controversial figures to paper, having earned an Oscar nomination for his Wolf of Wall Street script. With that in mind, the movie, if done right, could mark another standout role in Foxx’s career.