Can Jason Segel’s ‘Billion Brick Race’ Live Up to ‘The Lego Movie?’ 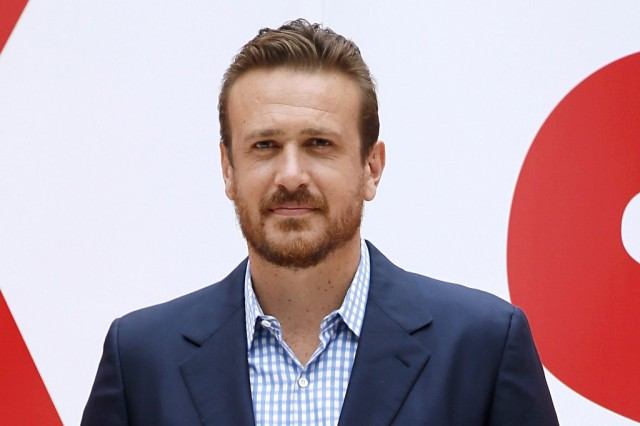 Warner Bros. is expanding its Lego universe with a little help from Jason Segel. The studio has reportedly recruited the former How I Met Your Mother star to write and co-direct a new Lego Movie spin-off, entitled The Billion Brick Race.

According to The Hollywood Reporter, Segel will be teaming with Drew Pearce, the writer behind Iron Man 3, to write and helm the upcoming film. So far, specific plot details regarding the project are being kept under wraps, but THR reports that the story is based on an original idea from Pearce that the studio found exciting. Phil Lord, Chris Miller, Dan Lin, and Roy Lee, the same creative team behind last year’s The Lego Movie, are on board to produce.

The Billion Brick Race will mark the fourth Lego-related movie that the studio currently has in the works. The franchise already has several sequels and spin-offs scheduled to hit the big screen over the next several years, starting with 2016’s Charlie Bean–directed Ninjago. Following that is 2017’s The Lego Batman Movie, set to be directed by Chris McKay (who served as animation co-director on the original film) and 2018’s The Lego Movie 2, directed by Rob Schrab (Community, The Mindy Project).

While the flurry of Lego-themed films may have some audiences wondering if we’re in for too much of a good thing, it’s not exactly a surprise that Warner Bros. would want to push the universe as much as possible. The Lego Movie was a huge commercial and critical success for the studio last year, grossing $469 million worldwide and earning a Golden Globe nomination for Best Animated Feature Film.

With so much acclaim surrounding the first movie, the following installments have a lot to live up to. So can Segel uphold that success? The Billion Brick Race would mark both he and Pearce’s first ever feature directorial effort, but the actor does have prior experience bringing a well-known kid’s franchise to screen. In 2011, he co-wrote, produced, and starred in Disney’s revival of The Muppets. The film went on to gross $165 million at the worldwide box office and also received widespread critical acclaim, with a 96% fresh score on Rotten Tomatoes.

His more adult ventures haven’t been quite as successful. Segel has also written several other studio films in the comedy realm, including 2008’s Forgetting Sarah Marshall, 2012’s The Five-Year Engagement, and last year’s Sex Tape (all of which he also starred in). While Forgetting Sarah Marshall earned positive reviews (with a 84% Rotten Tomatoes score), the response to The Five Year-Engagement was decidedly more mixed  a 63% rating). But it’s his most recent release, Sex Tape, that truly bombed, opening at a hugely disappointing No. 4 in its debut and earning abysmal reviews.

Whether The Billion Brick Race will get Segel back on track remains to be seen, but it’s certainly a good opportunity. With such a huge brand-name franchise behind it, the movie has the potential to become a huge box office hit and could help solidify the actor as a formidable force behind the camera. Plus, he’ll have help in Pearce, who has plenty of experience in the blockbuster world. In addition to penning Iron Man 3, the writer also scripted Mission: Impossible — Rogue Nation and is currently working on Sony’s upcoming male-oriented reboot of Ghostbusters.

The Billion Brick Race is still in early stages of development, so no premiere date has been scheduled yet. In the meantime, Segel is next set to play David Foster Wallace in this year’s biographical drama, The End of the Tour.