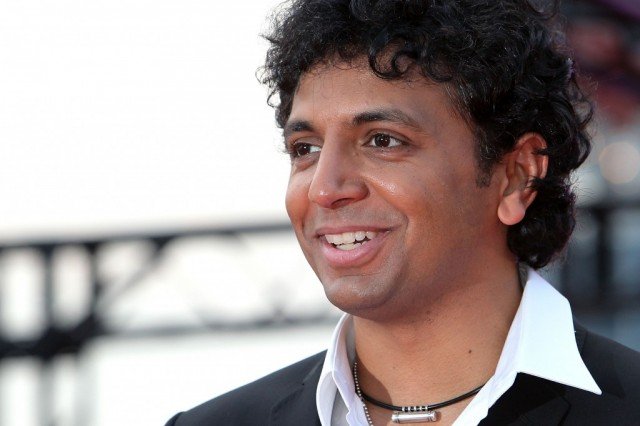 M. Night Shyamalan may be on the verge of a comeback. After struggling through a string of critically derided projects in recent years, The Sixth Sense director is working to get back on top by reteaming with star Joaquin Phoenix on his next feature film.

According to Deadline, Phoenix is currently in negotiations to reunite with Shyamalan on a new movie that will start shooting in the filmmaker’s hometown of Philadelphia in November. As with most of the director’s projects, details about the storyline are being kept under tight wraps. So far, all we know is that the movie will encompass a lower budget, closer in scale to Shyamalan’s upcoming The Visit (which was budgeted at $5 million) than some of his more expensive projects like 2013’s After Earth (which boasted a $130 million budget).

Per Deadline, Jason Blum and Marc Bienstock, both of whom recently worked with Shyamalan on The Visit, will produce the movie. Meanwhile, Ashwin Rajan and Steven Schneider are set to serve as executive producers.

For Shyamalan, the project could be the next boost he needs to complete, or at least continue, his recent renaissance of sorts. The director, who enjoyed a meteoric rise to fame after the success of the Sixth Sense, has had a tough time in the industry over the last few years. Movies like 2008’s The Happening, 2010’s The Last Airbender, and After Earth were costly to make and ended up disappointing both critically and commercially. The Last Airbender, in particular, is widely considered to be one of the worst movies ever made. After Earth didn’t fare much better, with critics ripping the film for its plot holes and excruciatingly plodding pace and calling it “the latest setback for [Shyamalan’s] once-promising career.” Even the movie’s star Will Smith joined in the overwhelmingly negative response, labeling the film “the most painful failure” of his career in a February 2015 interview with Variety.

But after a few years of flops, it seems Shyamalan has finally started to turn things around. His sci-fi thriller TV series for FOX, Wayward Pines, was widely well received, scoring an 86% fresh rating on Rotten Tomatoes. The show also delivered in ratings, with its finale drawing 3.9 million total viewers and a 1.2 rating in the key 18-49 demo. As of mid-July, that made the series the most watched scripted show of the summer. While the network has still not revealed whether Wayward Pines will get a second season, the show can be counted as a hit for Shyamalan by all accounts.

The director seems set to continue that positive momentum with Universal’s upcoming horror comedy flick, The Visit. The movie, which follows a brother and sister who are sent to their grandparents home only to find that the elderly couple is involved in something deeply disturbing, has generated strong buzz in recent months. It’s also proven to be an unexpected hit among audiences in early screeners. “M. Night Shyamalan’s best film in a very, very, VERY long time,” William Bibbiani, a critic at CraveOnline, wrote of The Visit on Twitter in July, per The New York Times.

Should The Visit go over as well as expected, Shyamalan will need a good follow-up to continue his winning streak. That’s where Phoenix comes in. Phoenix, who is one of the best actors in Hollywood today, is exactly the kind of star that could help make the director’s comeback project a success. The two have a long history together, having previously collaborated on 2002’s Signs and 2004’s The Village – both of which were considered financial successes and the latter of which has since garnered a cult fanbase.

Fans will have to stay tuned to hear more details about Shyamalan’s latest collaboration with Phoenix. Still, if this past year is any indication of what’s to come, it looks like audiences can expect a welcome return to form for the director.