Can Justin Long Save This ‘Curb Your Enthusiasm’-Style Show? 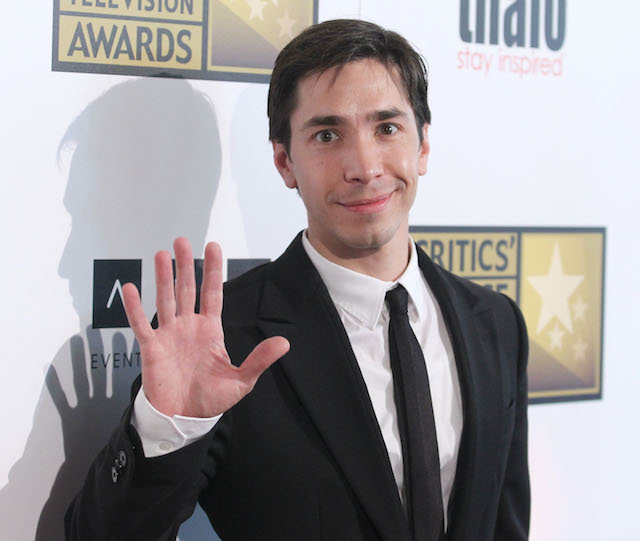 Indie heartthrob Justin Long has been tapped by ABC to star in the network’s second attempt at a Curb Your Enthusiasm-style sitcom called Irreversible, Deadline reports. The series didn’t make it past the pilot last season due to a lack of chemistry between stars David Schwimmer and Jessica Knappett. Now the network is hoping that with Long and a properly cast female lead, the heavily improvised show about a maladjusted couple will find success.

The show is described as being about an eccentric and narcissistic couple named Andy and Sarah and their problems, most of which are the result of their own actions. Shows like Curb Your Enthusiasm, Seinfeld, and It’s Always Sunny in Philadelphia have repeatedly shown that watching these types of characters often makes for hilarious television, which explains why ABC has chosen not to give up on the show just yet.

The series is based on the Israeli show Bilti Hafich, and the co-creator of the original series, Segahl Avin, will write and direct the American version as well. The show became the top comedy in Israel after it debuted there in 2013, Deadline said.

Long is known for his comedic roles in movies including Dodgeball, Accepted, and Idiocracy, and he guest starred on the Fox show New Girl. Now he can be seen starring in the bizarre horror movie from Kevin Smith, Tusk, and is currently filming another movie with Smith set in Canada titled Yoga Hosers. Another change of pace: At the beginning of next year, the indie romantic drama Comet will see Long acting alongside Emmy Rossum in what looks a lot like an update of (500) Days of Summer.

While Long doesn’t exactly have a strong background in standup comedy or improv, he has scored some of his best reviews recently. Always a bit of an under-the-radar actor, Tusk and Comet have seen him getting rewarded for pushing his boundaries. Indiewire called Comet a “career-best” performance from the actor. Variety said of Tusk that Long “seems at first to be cast in a mild variation on his well-traveled, shit-eating-grin-hipster persona,” but “ends up having the most emotionally and physically demanding role of his career.”

This seems like as good a time as ever for ABC to cast the actor in a starring role before he gets so big that he’ll only agree to do TV on HBO or FX.

Irreversible isn’t exactly out of the clear with a fairly well-known movie star attached to lead the cast. Getting picked up for a full-season order is dependent on finding an appropriate actress to play the lead female role, Deadline said. The network needs someone who will have chemistry with Long and also be able to hold her own in comedy improv. Long’s Comet co-star Rossum would seem like a good choice, given how they’ve been praised for their chemistry in that film, and she’s got her own comedy chops as seen in Showtime’s Shameless, but that show heading into its fifth season is a big conflict for Rossum’s participation.