Can Lifetime Do Comedy? 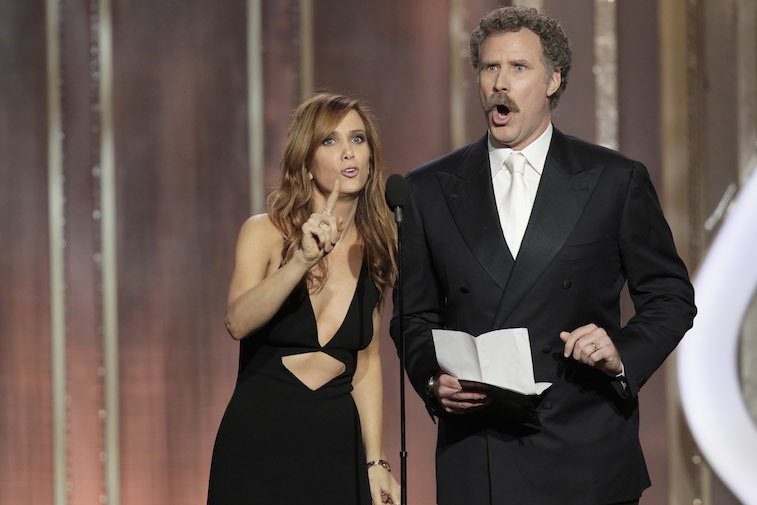 [Update, 4/9/15: Per EW, Will Ferrell says the project has now been scrapped, “We are deeply disappointed that our planned top secret project was made public. Kristen and I have decided it is in the best interest for everyone to forego the project entirely, and we thank Lifetime and all the people who were ready to help us make this film.” But a statement from Lifetime via E! says the network “is still determining the fate of the movie,” so there’s a chance A Deadly Adoption might still be on.]

Over the past year, Lifetime has decided to take a tongue-in-cheek approach to its own image and make fun of itself with some goofy programming. This is an approach that could just turn out as awfully bad as the preachy dramas the network is known for, but Lifetime has managed to get some of the best comedians in the industry on board. First came the Grumpy Cat Christmas movie, which saw Parks and Recreation’s Aubrey Plaza lending her voice to the mopey-looking kitty, and now The Hollywood Reporter says that Will Ferrell and Kristen Wiig are teaming up for a secret Lifetime movie spoof called A Deadly Adoption.

According to the publication, the two-hour TV movie has already been filmed and will debut sometime early this summer. The fact that two of the world’s biggest comedians were able to make a Lifetime movie without anyone finding out is a testament to Lifetime’s ability to keep the project under wraps. THR’s source said the movie sees Wiig and Ferrell playing a “successful” couple who allow a young pregnant woman to come stay with them as they hope to adopt her baby after she gives birth. Things then end up going quickly (and campily) wrong as the film spoofs the typical Lifetime movie format. A Deadly Adoption was made to mark Lifetime’s 25th anniversary of doing what it does best, making over-the-top dramas about whatever domestic concerns are worrying people at the moment.

Wiig and Ferrell have a history of parodying television together. They’ve worked on two installments of Funny or Die’s Spoils miniseries event spoof. The Spoils of Babylon made fun of multi-generational dysfunctional family stories and earned Wiig an Emmy nomination for lead actress in a miniseries. The second installment, The Spoils Before Dying, is due to air on IFC this summer. In the parody, Ferrell plays the eccentric novelist-turned-filmmaker who created the series, introducing and concluding each episode.

This Lifetime movie has ties to Ferrell’s Funny or Die company and could have something in common with the Spoils series. Funny or Die was founded by Ferrell and Adam McKay, who THR said are also producing A Deadly Adoption under their Gary Sanchez banner. The script comes from Andrew Steele, who wrote The Spoils of Babylon. The publication said that Ferrell is a long-time fan of Lifetime movies and has been wanting to make one for some time.

The humor tack might be a good way for Lifetime to rehab its image after a series of recent controversial biopics about deceased celebrities that have drawn ire from those stars’ families and fans. Grumpy Cat’s Worst Christmas Ever functioned along similar lines as A Deadly Adoption, as the movie made fun of Lifetime while also being generally campy and ridiculous. Landing Aubrey Plaza to do the voice and promote the movie was also a win for the network, as the rising young comedienne was in the midst of a lot of attention for the soon-to-end Parks and Rec, as well as her own fast-growing movie career. The movie got terrible reviews, with a 35 Metascore on Metacritic, but wasn’t being bad kind of the point?

The plan to add some tongue-in-cheek humor featuring some of the best comedians in the business seems like a solid one for Lifetime to put that bad press from those biopics out of people’s minds as well as celebrate the network’s 25th anniversary. One problem with this plan might be the network’s audience. The Spoils series runs on IFC, a network where the viewers are accustomed to bizarre, silly shows. Lifetime’s typical audience might be confused by a spoof movie starring Wiig and Ferrell, while fans of those comedians might not know to go to Lifetime to watch their latest project. It seems kind of like Lifetime is trying to become well-liked by purposefully committing the comedic pratfalls, that when done accidentally, made people laugh at it. That tactic never works in real life, but we’ll see if it will on TV.