Can ‘Magnificent Seven’ Remake Live Up to Original? 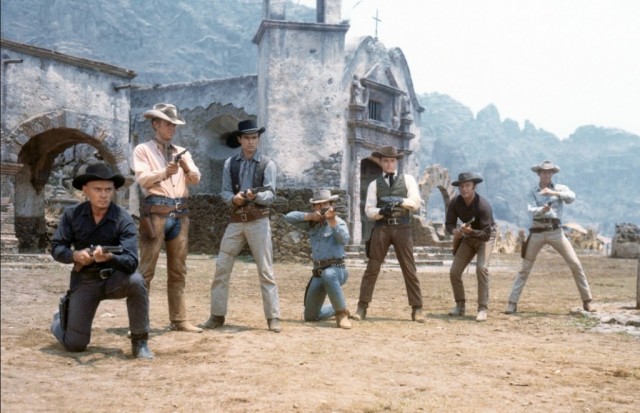 The upcoming remake of the western classic The Magnificent Seven is pulling together an impressive cast of gunslingers. According to a report from Variety, recent Oscar nominee Ethan Hawke and Denzel Washington have signed on to the remake. Variety’s sources say Hawke is in final negotiations to join the movie, while Washington has already signed on.

The remake’s director is Antoine Fuqua. The three worked together back in 2001 on the movie Training Day. Chris Pratt and newcomer Haley Bennett have already joined the movie, which will likely gain more big stars as the cast’s seven wild west vigilantes plus the band of outlaws they battle are cast.

The original Magnificent Seven was itself a remake of Akira Kurosawa’s Japanese samurai film Seven Samurai. The film follows a band of seven gunmen who band together to defend a small agrarian town in Mexico that has been repeatedly ransacked by outlaws. Though the townspeople can’t offer them much in terms of pay, each of the seven men hired to help defend them has their own reasons for doing so, be they moral or personal.

The script for the remake has some big names attached to it. The most recent draft was reworked by John Lee Hancock, who has worked on the award-winning movies The Blind Side and Saving Mr. Banks. The previous draft was written by True Detective creator Nic Pizzolatto.

Hawke and Washington showed off great chemistry in Training Day, which was one of those rare films to both rake in the dough at the box office and earn awards nominations. Training Day saw Washington win the Best Actor Oscar and Hawke get nominated for Best Supporting Actor. It also made more than $76 million in theaters domestically, according to Box Office Mojo.  MGM would be very happy to see Hawke and Washington’s chemistry pay off like that again.

Pratt was also a smart actor to nab for the ensemble cast. Not only is he a huge box office draw, having starred in last year’s highest-grossing film, Marvel’s Guardians of the Galaxy, but he has also shown repeatedly that he can work well in large ensemble casts with both Guardians and Parks and Recreation.

His star is set to rise with this summer’s inevitable blockbuster Jurassic World, and he’s being eyed to play the adventurous archaeologist in a reboot of the Indiana Jones franchise. Pratt can pull off humor and action, be it as a leading man or a member of a team, so really the team putting this one together couldn’t go wrong with nabbing him.

The Magnificent Seven is considered to be a classic in the western genre. The 1960 film starred Eli Wallach, Steve McQueen, Charles Bronson, and James Coburn. The score by Elmer Bernstein is considered to be one of the best film scores of all time and the movie is ranked No. 79 on the American Film Institute’s list of the most thrilling movies of all time. Hopefully the chemistry between Hawke, Washington, Pratt, and director Fuqua will result in a remake that does justice to the original.