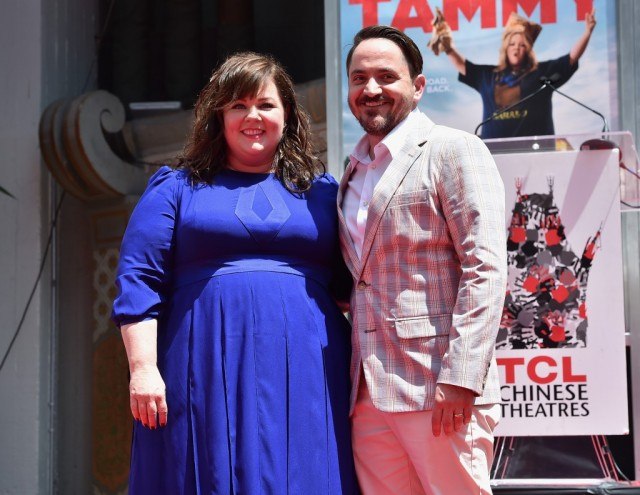 Melissa McCarthy is once again teaming up with husband Ben Falcone for an upcoming comedy. Per Deadline, Universal has officially scheduled the pair’s latest big screen collaboration, entitled Michelle Darnell, for the spring of 2016.

Co-written by the comedic husband-and-wife duo with their Groundlings collaborator Steve Mallory, the movie will star McCarthy as Darnell, a leader in her industry who ends up getting sent to prison after getting busted for insider trading. She emerges from her jail stint, ready to rebrand herself and get back into everyone’s good graces. But she soon discovers that all of the people she conned aren’t as willing to forgive and forget as quickly as she hoped. According to Deadline, Falcone will direct the film, as well as produce alongside McCarthy through their On The Day Productions banner, and Will Ferrell and Adam McKay via their company, Gary Sanchez Productions.

This isn’t the first time the two have collaborated on a feature film. Falcone has made cameos in several of McCarthy’s movies, with a particularly unforgettable appearance in Bridesmaids, as well as minor roles in Identity Thief and The Heat. He also previously directed McCarthy in last year’s comedy, Tammy, which the couple co-wrote and produced together. Unfortunately, Falcone’s directorial debut failed to impress moviegoers and reviewers alike. Though Tammy eventually grossed over $100 million at the worldwide box office against a $20 million budget, it earned a poor critical response, with a paltry 24% rating on Rotten Tomatoes and a low C-plus on CinemaScore.

The film also caused some to question whether McCarthy was stuck in a creative rut, playing the same types of smart-mouthed, unfiltered female characters over and over. Whether or not Michelle Darnell proves to be a fresher and more successful collaboration for the two remains to be seen, but it sounds as if the movie is already differing from Tammy in at least one notable way. The forthcoming flick seems to place focus on McCarthy’s character alone, instead of featuring her as part of yet another “unlikely pair” scenario. That shift may come as a refreshing change for fans after a string of back-to-back McCarthy-starring buddy comedies, including The Heat, Identity Thief, and Tammy.

Michelle Darnell is actually only one of three films that McCarthy and Falcone have coming down the pipeline through On The Day Productions. The two are also working on Cousin Irv From Mars and Just Do It, with the first also set up at Universal and the latter at Fox. Per The Hollywood Reporter, McCarthy is expected to star in Cousin Irv and will also reportedly make an appearance in Just Do It, although it’s unclear in what capacity.

In the meantime, the actress is also set to star in two other films in the coming year. McCarthy will reteam with Bridesmaids director Paul Feig on the upcoming action comedy Spy, due to hit theaters on May 22. She also lends her voice to the animated feature B.O.O.: Bureau of Otherworldly Operations, although an exact release date has yet to be confirmed.

Michelle Darnell is now scheduled to debut on April 8, 2016.