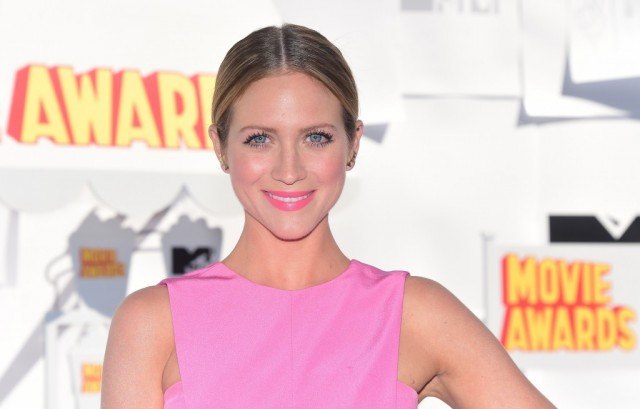 MTV is heading back into the animated space, with a little help from Pitch Perfect 2 star Brittany Snow. The cable network has just ordered a pilot presentation for a half-hour animated comedy, tentatively entitled Fancy Bastards.

According to The Hollywood Reporter, Fancy centers on a small town whose residents are shocked to learn that its five most awkward outcasts all share the same father: a notorious red-headed scoundrel who had one indiscretion-filled night during a scandalous whirlwind visit to Vegas nine years ago. The catch? He also just happens to be a prince. When the town finds out, the group of misfit kids turns into royal rock stars overnight. But though they initially enjoy the attention, they quickly realize that the “Fancy Bastard” life is far from a fairy tale.

Price Peterson, Ryan Sandoval and Lily Sparks (Supanatural) penned the script for the pilot and will executive produce alongside Jason Micallef, Kristen Schaal, and Underground’s Josh Turner McGuire and Trevor Engelson, per THR.

For MTV, the project marks a return to original animated content. Though the network has recently focused more of its attention on scripted fare, including popular shows Teen Wolf, Finding Carter, and comedy drama Awkward, it has previously found huge success in the animated space. Past hit shows within the genre include Beavis and Butt-Head (which originally ran from 1993 to 1997 and was later revived in 2011), the sci-fi series Aeon Flux (which ran from 1991 to 1995) and Daria (which ran from 1997 to 2002).

The network’s most recent attempt to launch an animated series came in 2011. In addition to temporarily bringing back Beavis and Butthead, MTV aired the adult cartoon comedy Good Vibes. Like Fancy Bastards, Good Vibes also boasted a voice cast filled with big names including Josh Gad, Adam Brody, Debi Mazar, Tony Hale and Danny McBride. Unfortunately, the star-packed ensemble apparently wasn’t enough to attract viewers and the series was canceled after only one season, due to low ratings.

Whether Fancy Bastards will fare better, should it eventually make it to air, remains to be seen. The series is only in the early stages of development, so viewers will have to stay tuned to see if it ends up moving beyond the pilot stage. Still, the project certainly seems off to a strong start. In addition to the star-studded voice cast, it also has a notable behind-the-scenes team with plenty of experience in animation. Writer Peterson co-penned and starred in the animated comedy Boyz Nite Out/Grrlz Nite and also worked on the 2013 series Supanatural along with Sandoval and Sparks. Meanwhile, producer Schaal has previously written for South Park and has lent her own voice to characters in the Toy Story franchise, Despicable Me 2, and Fox’s Bob’s Burgers.

Fancy Bastards is the only half-hour comedy pilot that the network currently has in the works. On the scripted roster, MTV will end Awkward after its upcoming fifth season and also has the second season of Faking It underway.