Can Netflix Reinvent Itself as an Oscar Machine? 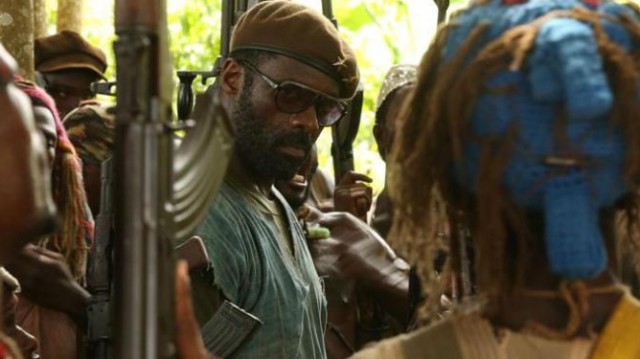 Netflix has just made its biggest film purchase to date. The company has been making some very aggressive moves into feature film since fall of last year, but its latest buy sees the company going from “hey, we’re doing movies now” to “look out, we’re going to win Oscars.” Deadline reports Netflix bought the rights to True Detective director Cary Fukunaga’s African war drama Beasts of No Nation starring Idris Elba. The publication reports that the deal is around $12 million and will include theatrical rights for the streaming service as well as plans for a “vigorous” awards campaign come Oscar season next year.

Beasts of No Nation is based on the novel of the same title by Uzodimna Iweala about a young boy who joins a band of militant fighters when the civil war in a west African country tears his family apart. Idris Elba plays the warlord who takes in the child soldier and breaks the boy down, removing his humanity to make him into a great fighter. Fukunaga wrote the adaptation himself.

The brutal book was the Nigerian-American, Harvard-educated Iweala’s first novel, published when he was just 23 years old and fresh out of his undergraduate career. The book received glowing reviews for its unflinching look at the effect guerilla warfare has on a society and the way Iweala uses a sort of pidgin English to narrate through the young Agu’s perspective. “Only in art can so much be demanded — and given. Iweala shows Agu acting out the worst atrocities imaginable, but still we rush to forgive him,” said The New York Times’ review of the novel.

Just last month, the streaming service announced another film purchase that looks like it could draw attention come awards time. The war drama Jadotville will star Fifty Shades of Grey’s Jamie Dornan as the Irish commander Patrick Quinlan, and tells the true story of a 1961 siege of an Irish UN battalion by 3,000 Congolese troops. “The story of how Pat Quinlan led his troops against an overwhelming force without losing a single man is one of the great stories of the 20th century, and we are proud to be working with such a talented and committed team to bring it to life,” Netflix chief content officer Ted Sarandos said in a statement.

Jadotville didn’t have people exactly screaming “Oscar,” but now with Beasts of No Nation, industry watchers are doing just that. It’s hard to believe it was just two years ago that Netflix won its first Emmys for its original political drama House of Cards, and people were wringing their hands about how the streaming service was disrupting television. Now Netflix is building itself into a major media empire with movies that it believes will compete both commercially — look at Adam Sandler’s four-movie deal as well as the Crouching Tiger, Hidden Dragon sequel — and critically, come awards season.