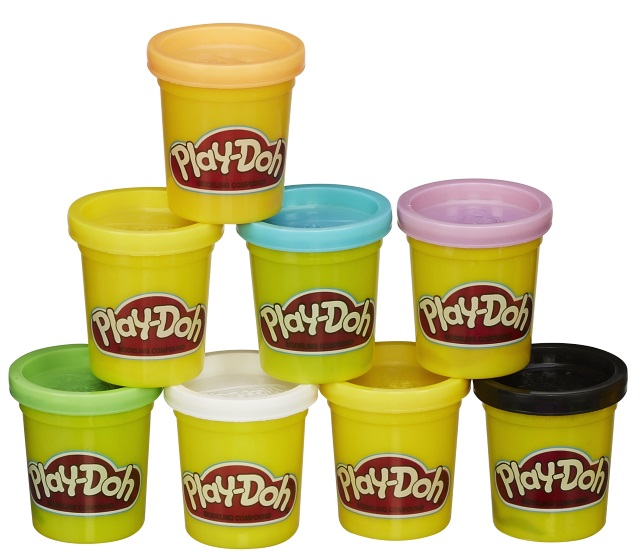 Following in the footsteps of the unexpected success of The LEGO Movie, Fox is producing another film based on a toy you build things with: Play-Doh. The colorful clay is getting its own feature film with Bridesmaids helmer Paul Feig lined up to direct, Deadline reports. The publication’s sources said that Jason Micallef, the writer behind the hilarious indie-comedy Butter, will pen the script.

As Hollywood increasingly turns to branded properties for film opportunities, the critical success of last year’s The LEGO Movie should remind us that this doesn’t always represent a nose dive in creativity. Although sometimes it definitely can, as we saw recently with the plans to parlay the also-toy-based Transformers into an even bigger franchise, we should be careful about being too cynical.

There was a lot of skepticism when it was announced that Warner Bros. was planning a LEGO movie, with people writing it off as an uncreative cash grab. Michael Bay’s Transformers movies haven’t left a very good taste in the mouths of critics or those interested in “good” cinema when it comes to the whole branded toy thing. But The LEGO Movie got some great creative minds behind it, lined up an all-star voice cast, and got stellar reviews. The film has an enviable 96% rating on Rotten Tomatoes, with critics saying it’s great fun for all ages and praising the stop-motion animation that showed off the LEGOs. The movie went on to make over $468 million worldwide on a production budget of just $60 million, according to Box Office Mojo. The film was an all-around huge success, and it was considered one of the biggest Oscar snubs of the year when it failed to be nominated for best animated film. Host Neil Patrick Harris even made a joke about it during the ceremony.

Obviously when handled correctly this can be done well. With the glut of computer animated films that flood the market for kids, seeing a claymation movie with figures made from Play-Doh could have a lot of potential visually. Additionally, Feig is one of the most sought-after directors in Hollywood right now after breaking out with 2012’s comedy hit Bridesmaids. He recently made a big splash by signing on for the Ghostbusters reboot and deciding to re-do the movie with female comedians Kristen Wiig, Melissa McCarthy, Kate McKinnon, and Leslie Jones. Deadline said that Feig worked up a take on the Play-Doh theme and then sent Micallef to write the script.

The branded-toy thing is advantageous for studios because it takes advantage of adult childhood nostalgia as well as gets kids into theaters. They just have to choose toys that have had long staying-power, like LEGOs and Play-Doh. The Transformers movies were based on a toy that was most popular in the ’80s, but those films got a whole new generation of kids into them and fed the demand for more movies. The planned Barbie movie, which is set to be scripted by Juno writer Diablo Cody, is going for a similar dynamic as LEGOs and Play-Doh as Barbie has also been played with for many generations of kids.

So while the news that they’re making a Play-Doh movie might make one want to groan, we shouldn’t be too quick to write it off. With the right team of people, it could end up being a very fun endeavor. The animation here is going to be almost as important as the script, so as production moves forward staying tuned to how the movie will look will be a big gauge as to what to expect. Yes, a big part of this is a marketing push for Hasbro, the company that makes Play-Doh, but as The LEGO Movie showed sometimes this can result in enjoyable and successful film.