Can Steven Spielberg’s ‘The BFG’ Live Up to the Roald Dahl Classic? 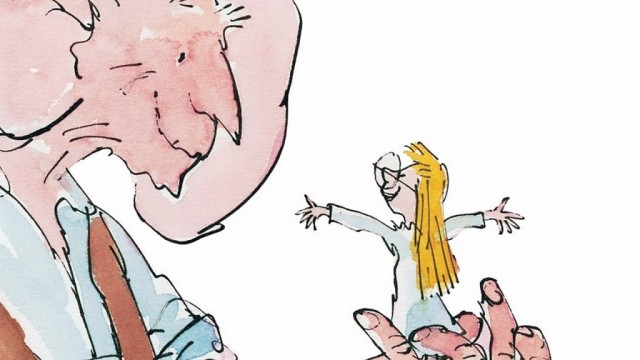 Steven Spielberg’s upcoming adaptation of Roald Dahl’s The BFG is slowly filling out its cast. Following an extensive search, the movie has reportedly just found its young female lead in newcomer, Ruby Barnhill.

Published in 1982, the classic kids’ book follows a young London girl as she meets a mysterious but compassionate giant, who introduces her to both the beauty and peril of Giant Country. With the aid of the Queen of England, the two set off on an adventure to capture the evil, man-eating giants who have been invading the human world.

According to Deadline, Barnhill, a 10-year-old girl from Cheshire, England, is now set to play Sophie in the big-screen take on the tale. This will mark Barnhill’s first foray into feature films, although the young star has reportedly been acting for the past two years, with roles in the BBC children’s drama Four O’Clock and at her local youth theater. “After a lengthy search, I feel Roald Dahl himself would have found Ruby every bit as marvelous as we do,” Spielberg said of the casting announcement. “We have discovered a wonderful Sophie in Ruby Barnhill.”

Burnhill will star opposite Mark Rylance in the forthcoming DreamWorks adaptation. The actor, who is already teaming with Spielberg on the spy thriller St. James Place, was cast as the titular Big Friendly Giant back in October. The beloved character, which is described as standing at 24 feet tall and having super hearing abilities and immense speed, first made an appearance in Dahl’s earlier novel Danny, the Champion of the World before becoming the subject of his own book.

DreamWorks first acquired the rights to the Dahl book in 2011. Melissa Mathison, who previously worked with Spielberg on E.T., penned the screenplay for the upcoming adaptation. Per Deadline, Spielberg is set to produce alongside Frank Marshall and Sam Mercer while Kennedy, John Madden, and Michael Siegel are on board as executive producers. Kristie Macosko Krieger and Adam Somner will also serve as co-producers.

This isn’t the first time that the story has been brought to screen. An animated version of The BFG, with David Jason voicing the giant, was shown on ITV in 1989. However, the Spielberg-led project will mark the first big-screen take on the much-loved tale.

The forthcoming movie will certainly have a lot to live up to. In addition to becoming a long beloved children’s classic since its debut, The BFG was also reportedly the personal favorite of Dahl himself. It remains unclear how closely the Spielberg adaptation will stick to the book, as specific details regarding the plot have yet to be revealed. Still, given how cherished the story is among longtime Dahl readers, it’s clear the project will have high expectations to meet. Hopefully, the forthcoming film will enjoy the same success as other recent Dahl adaptations, including 2005’s Charlie and the Chocolate Factory and 2009’s animated Fantastic Mr. Fox. Both movies earned critical praise and various award season nominations.

No other cast members have been confirmed for the forthcoming film as of yet, but Spielberg is expected to begin production on the film in early 2015. As of now, the movie is scheduled to hit theaters on July 1, 2016.