Can ‘The Vampire Diaries’ Succeed Without Nina Dobrev? 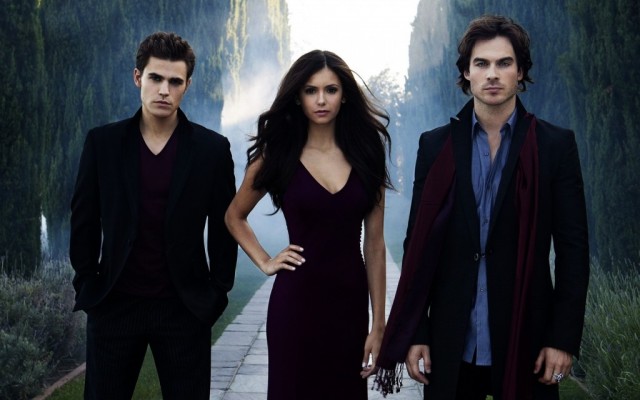 The Vampire Diaries has just lost a major player. Star Nina Dobrev has announced that she’s officially leaving the favorite CW drama, after six seasons of playing the show’s main female protagonist, Elena Gilbert. Dobrev confirmed the news in a lengthy statement posted on Instagram on Monday night. “I’ve just spent the most beautiful weekend on Lake Lanier in Georgia with my own TVD Family, the cast and crew of The Vampire Diaries. I want to be the first to tell you that it wasn’t just a holiday celebration, it was a goodbye party,” she wrote. “I always knew I wanted Elena’s story to be a six-season adventure, and within those six years I got the journey of a lifetime. Rumors of the actress’s possible departure have been circulating for some time now. While male leads Ian Somerhalder and Paul Wesley secured new deals with the show ahead of the current season, Dobrev reportedly declined to negotiate a new contract. Per The Hollywood Reporter, speculation over her potential exit ramped up over the weekend, when crew members began sharing photos with the cast, alongside the hashtag #ninawewillmissyou. Still, the announcement has sent shock waves through much of the show’s loyal fan base. It’s also left many wondering, can the show go on without its leading lady? As fans know, Dobrev has been an integral part of the show throughout its time on air. In addition to serving as the central love interest for stars Wesley and Somerhalder’s characters, the actress also portrayed Elena’s dopplegangers, Katherine, Amara, and Tatia. Having watched her take on so many roles for the series, it’s no wonder that audiences are beginning to call the future of the show into question, with some expressing doubt over whether it should even continue without her. The Vampire Diaries is no longer the CW’s flagship series as it once was, having been surpassed first by Arrow and more recently, The Flash. Still, it continues to be a strong performer for the network, with its current season averaging a 1.4 rating among adults 18-49 and 2.7 million viewers. With that in mind, it’s no surprise that the network wants to find a way to move forward, even with a major shake-up like Dobrev’s departure. As executive producer and showrunner, Julie Plec, has confirmed, The Vampire Diaries will continue with its seventh season, even without Dobrev. “Saying goodbye to Nina is both bittersweet and beautiful,” she said in a statement to THR. “We support her a thousand-fold. We will miss Nina and the 400 characters she played, but we look forward to the insane and exciting challenge of continuing to tell stories of our Salvatore Brothers and our much-loved and gifted ensemble.” While Vampire Diaries without Elena may be impossible for some to picture, the drama isn’t the only show to push forward after the loss of an original lead. The X-Files continued after the exit of David Duchovny, One Tree Hill survived for years without Chad Michael Murray and Hilarie Burton, and The Office ran on for two more seasons without Steve Carell. With Elena’s family and romantic predicaments having become such a major focus for the show though, it remains to be seen whether The Vampire Diaries can pull off the same feat – especially since Dobrev isn’t the only cast member leaving. While the actress’s loss will clearly be the most felt, the show is also undergoing other changes. Steven R. McQueen, who played Dobrev’s onscreen brother Jeremy, also left the series this year, as did Marguerite MacIntyre, who portrayed Sheriff Forbes. Meanwhile, Michael Trevino, who takes on the role of Tyler Lockwood, might also be set to leave, having booked a part in ABC’s The Kingmakers pilot. Should the pilot receive a series order, the actor would also exit, although he’ll reportedly likely appear again in some form. Whether The Vampire Diaries can continue the same success without its lead actress remains to be seen. As for Dobrev, she’s set to finish out the show’s sixth season and is also currently starring in the horror comedy flick, The Final Girls.