Can Universal’s Monster Universe Take Off With New ‘Mummy’ Reboot? 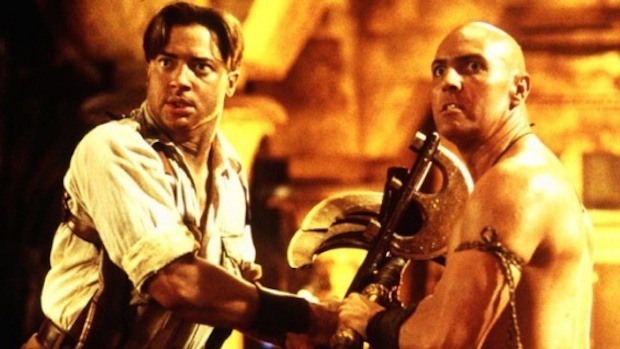 Following the huge success of DC Comics and Marvel’s superhero franchises, it seems like every major film studio is looking to launch its own shared movie universe. Universal is the latest to get in on the game, planning to use its collection of classic monster characters, like Dracula and Frankestein. As recently announced, the first flick to officially kick off Universal’s forthcoming monster series will be The Mummy, set for release in 2016.

Universal has been developing crossover films since the early 1940s with horror features, starting with Frankenstein Meets the Wolf Man. With shared universes dominating the box office these days though, it seems Universal’s now looking to return to the world of monster mash-ups. After first announcing plans for an Avengers-style universe back in July, the studio brought on Alex Kurtzman (Star Trek) and Chris Morgan (Fast & Furious) to oversee the developing franchise and bring the iconic monster characters back to the big screen. Now, another step towards the official launch of the new series has been made.

According to The Hollywood Reporter, Universal has staked out release dates for its first two entries into the upcoming monster feature franchise: The Mummy in June 2016 and a still-unknown second film due for release in April 2017. While this month’s Dracula Untold reportedly served as a peek into the pending series (with the studio rumored to have made alterations in order to pave the way for the title character to appear in forthcoming installments), The Mummy will mark the first official introduction to the rebooted monster universe.

This isn’t the first time Universal is rebooting its classic Mummy franchise. The studio’s first updated take on the series, starring Brendan Fraser, became a huge box office hit. The first 1999 film grossed $416 million and spurred two sequels, 2001’s The Mummy Returns and 2008’s The Mummy: Tomb of the Dragon Emperor, both of which also earned over $400 million worldwide. Given the huge success of the Fraser-led franchise, an eventual second Mummy reboot seemed inevitable. But with the growing popularity of shared universes in movies, it’s clear Universal jumped on the opportunity to make it more than just another three-part remake.

Kurtzman is on board to direct the new Mummy reboot. Like the Fraser series, the 2016 take will reportedly be more action-adventure than actual horror, as will the rest of the franchise. But from what we’ve heard of the upcoming remake, the similarities end there. While no official synopsis for the upcoming movie has been released just yet, speculation over a possible leaked script started flying earlier this month.

Per the reports, the remake’s story will focus on Navy Seal Tyler Colt as he goes on a mission in the Iraqi dessert to find terrorists hidden in a bunker, according to Forbes. The bunker ends up being a tomb, in which Colt manages to open a sarcophagus that causes his mind to become cursed with visions of Ashurbanipal, King of Assyria (otherwise known as the franchise’s new Mummy). As previously stated, the plot line remains unconfirmed. If true though, it’s a definite departure from the 1920s setting featured in the Fraser movies. But whether it’s enough to help The Mummy launch a monster movie universe that can rival today’s hugely popular superhero franchises remains to be seen.