In the wake of the lackluster Avengers sequel that is Age of Ultron, Marvel snuck out another Avengers film under the banner of a Captain America sequel, loaded with the same unwieldy amount of characters and interpersonal conflict. Captain America: Civil War vastly improves upon Age of Ultron by offering more memorable character introductions and a plot that doesn’t rely so much on sound-and-fury CGI battles as it does understated character moments.

And yet, even when Marvel is trying to pull off something different, the studio’s strict adherence to in-house style results in many of the same problems that plague its other films as well. Civil War is far from a failure, but it’s overloaded with just about everything, including the common flaws that are beginning to make going to a Marvel film more fatiguing than fun. 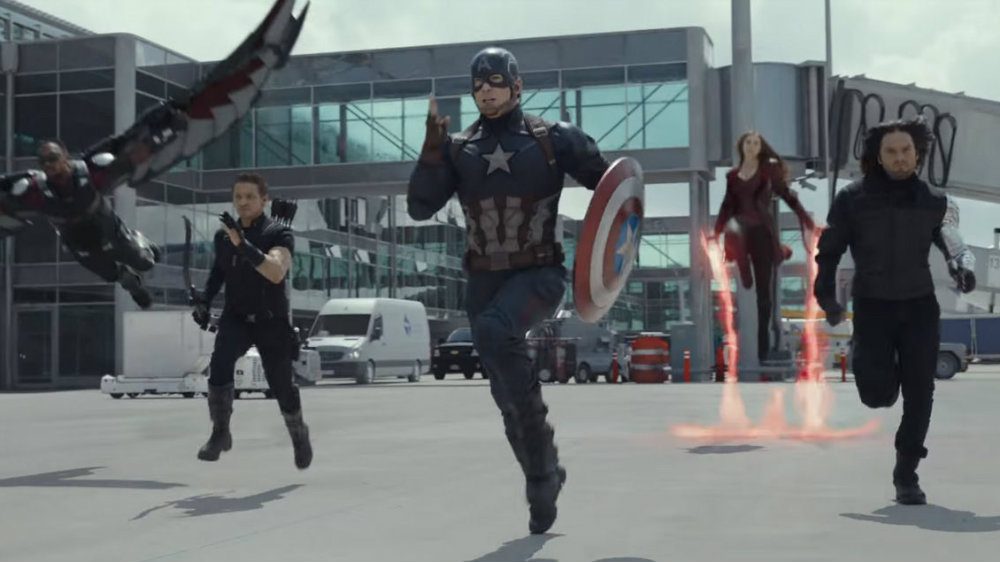 Marvel movies bend over backwards to make you believe they’re going to shake up their status quo before inevitably hitting the reset button just before the credits roll, and no film is guiltier of such deception than Civil War. The Avengers are split into two factions based on a flimsy pretext of allowing oversight to prevent further civilian casualties, and the screenplay makes a point of finding new ways (rather than simply developing the ideological conflict) to drive a wedge between Captain America and Iron Man. It culminates in a refreshingly small-scale climax that sees their friendship finally dissolving — until, of course, Iron Man reads the note Cap left behind for him before his unceremonious departure from their superhero collective, assuring him he would always be there for Tony whenever he’s needed. So he’s off doing his own thing, ready to reassemble whenever the occasion calls for the Avengers — almost like the end of every other Marvel movie! Exactly like it, in fact. 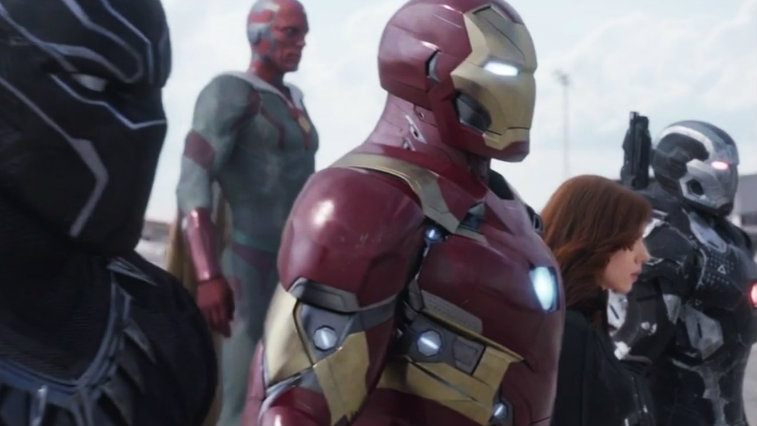 Civil War shares many a parallel with DC’s far-more-reviled 2016 superhero mashup Batman v. Superman: Dawn of Justice, but few are as weirdly specific as the familial revelations that motivate both films’ climaxes. In Batman v. Superman, that means the titular heroes stop fighting once they realize their mothers have the same name. In Civil War, that means Tony and Cap start fighting once Tony learns his mother was killed by a brainwashed Bucky, a fact Cap understandably kept hidden. Tony can’t take the betrayal, losing control of his emotions and allowing the villain to simply escape while he dukes it out with Cap and Bucky over a bit of ancient history that doesn’t even matter, since Bucky was nothing but a brainwashed stooge.

Tony Stark is a mercurial, decidedly unheroic presence throughout Civil War, in fact. The character has always been lovably prickly, but his motivations here are especially selfish and often downright nonsensical. Iron Man has always been in favor of superhero autonomy, but now seems to believe heroes must be subject to oversight, due to his estranged relationship with Pepper Potts and his mistake in creating Ultron — never mind that he fixed the Ultron by doing the same exact thing again to create Vision.

But now he has a crisis of conscience for whatever reason, and decides not only to side with the institutions he so gladly thumbed his nose at in the past but to hunt down his old friends for refusing to take the same path as him. Never mind that he involves a teenager in the fights despite his stated desire to prevent further civilian casualties. Iron Man receives almost as much focus as Captain America in Civil War, and yet it’s impossible to understand why he does what he does. 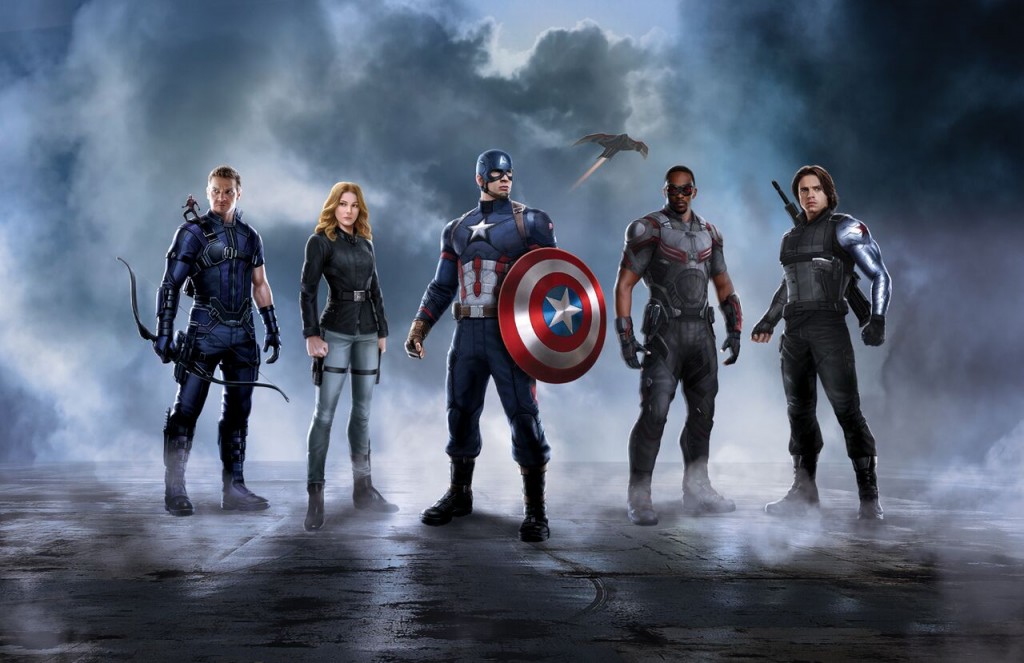 Three films with Captain America’s BFF Bucky Barnes, and we still know next to nothing about him. The entire plot of Captain America: Civil War revolves around a manhunt for the formerly brainwashed Bucky, but the character is never allowed to become anything more than a sullen-eyed setpiece. How does he feel? What does he think about all this fuss? Why does Captain America care about him, and why should we? Civil War was praised for finding time to service every one of its many, many characters, but somehow it missed yet another chance to give Sebastian Stan as Bucky Barnes something to work with when he’s the center of the entire plot. 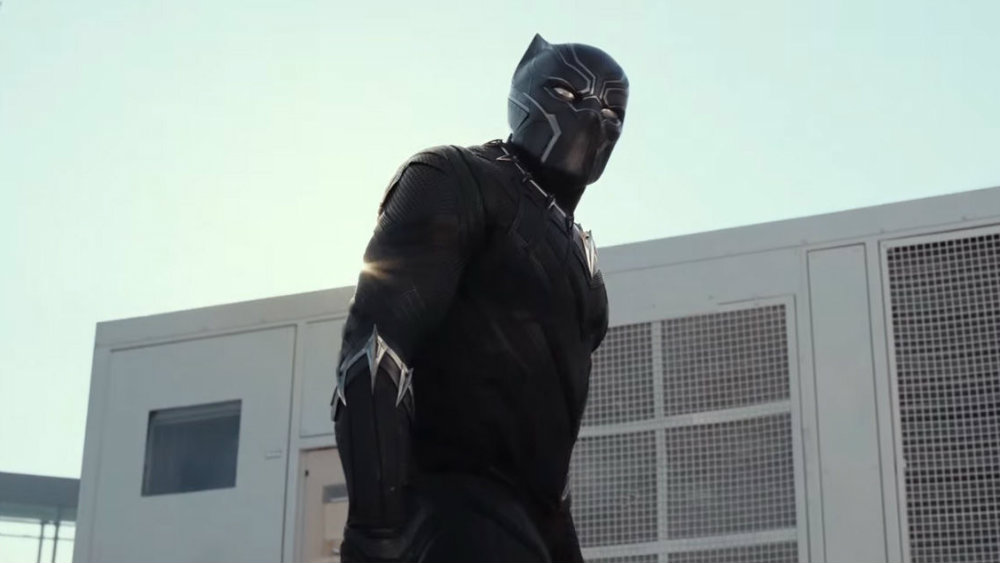 So the motivations behind Tony Stark’s philosophical (or emotional?) stand don’t make that much sense, and Bucky doesn’t have all that much to say about being framed, but surely the movie has other conflicts to sustain itself? Well, the man behind the terrorist attacks that spark the fierce manhunt for Bucky is one Zemo (Daniel Bruhl), a mysterious man who we later find it is determined to tear the Avengers apart because he blames them for the death of his family during the Sekovia battle in Age of Ultron, hammering in the film’s recurring themes of revenge.

Though at least his motivations have some thematic relevance (even if that theme is uninteresting and hammered in again and again by at least three separate subplots), Zemo himself is yet another representative example of Marvel’s villain problem, a character bogged down by unclear philosophy, lack of menace and just overall blandness. He doesn’t express an opinion or even instill fear — like Bucky, he’s another plot device used to artificially ratchet up the tension every now and then when the Avengers need something to jump-start the surprisingly lackadaisical plot.

Marvel wants to have it both ways, and often the studio manages to do just that. But you can’t always blend quippy hilarity and high-stakes, as Civil War proves. The centerpiece of the film is the airport fight sequence, wherein two teams of Avengers duke out their differences in the thrillingly busy sequence. The movie barely invests any time exploring Iron Man and Captain America’s opposite philosophies on the central issue, and the other heroes have even less reason to fight — Spider-Man and Ant-Man literally just fight for whoever contacted them first!

It comes across all too clearly, as the heroes are still too friendly and quippy to actually risk hurting each other. “We’re still friends, right?” Hawkeye remarks to Black Widow in between punches, a funny line that only serves to call into question the why of it all once more — why are they fighting, especially when there are no stakes, no one beyond Cap and Tony seem to care that much about the cause? Just to give Marvel an excuse to pit their heroes against each other as though they’re just inanimate action figures being mashed together for no good reason.