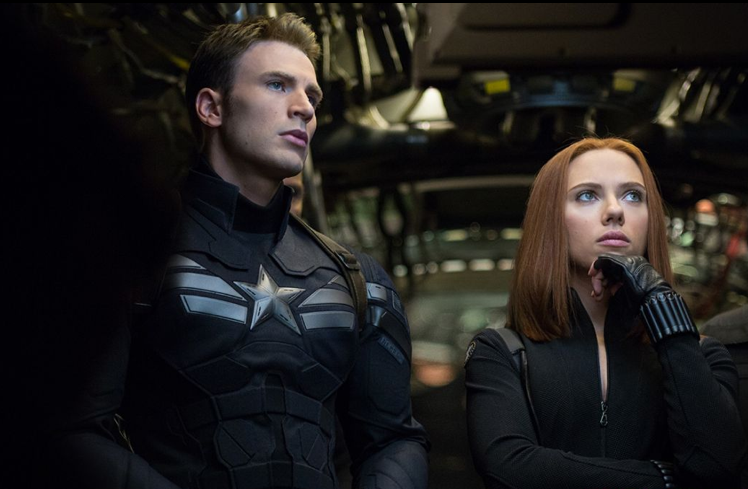 Marvel’s Captain America: The Winter Soldier came in hard and fast for its premiere last weekend, and it hasn’t let any contenders take its throne over the past weekend. Considering that Cap came in with the strongest opening weekend at the box office all year, it makes sense that it would keep its No. 1 seat for a little while.

Three major competitors came in with wide releases over the weekend, but the cards weren’t stacked in their favor. Rio 2, Oculus, and Draft Day all premiered this past weekend. Rio 2 came closest to The Winter Soldier in the box office, but all the wings didn’t help the film fly high enough, as it just fell short. Oculus and Draft Day sat quite a ways further down in the box office take.

Noting the ratings, it’s clear Captain America came out on top on all critical fronts. It may have been this same critical edge that helped The Winter Soldier bump out Divergent and Noah during its opening weekend to earn itself the highest-grossing debut weekend since The Hunger Games: Catching Fire premiered back in November.

Captain America: The Winter Soldier now stands as the most successful film of 2014 so far with a worldwide box office take of $476.6 million according to Box Office Mojo – though Frozen would have been a serious contender had it not been a 2013 release.

For this past weekend, Captain America brought in an estimated $41.4 million, a drop of 56.6 percent from its opening weekend, according to Box Office Mojo. Rio 2 came close with $39.3 million, just a hair shy — or a feather. Oculus and Draft Day may have been somewhat stifled by showing in fewer theaters, with only 2,648 and 2,781, respectively. Oculus pulled in $12 million, while Draft Day took just $9.78 million.

One major climber over the weekend with fists and action to rival The Winter Soldier was The Raid 2. The intense martial arts film saw reached 928 additional movie theaters in its third week of release, after spending two weeks in only a select few theaters. With the additional screenings, it moved from thirtieth place in the box office all the way up to eleventh. The addition may have proved too little too late though, as even with the 630.7 percent bump over the previous weekend, the film only took in $956,672 million.

Next weekend will be a continued display of Cap’s might as the film will go up against Johnny Depp in newcomer Transcendence. The one thing’s almost certain, though, is that Captain America will have taken its bow when The Amazing Spider-Man 2 comes to theaters in two weeks, and then it will just be a matter of seeing who the better hero is.