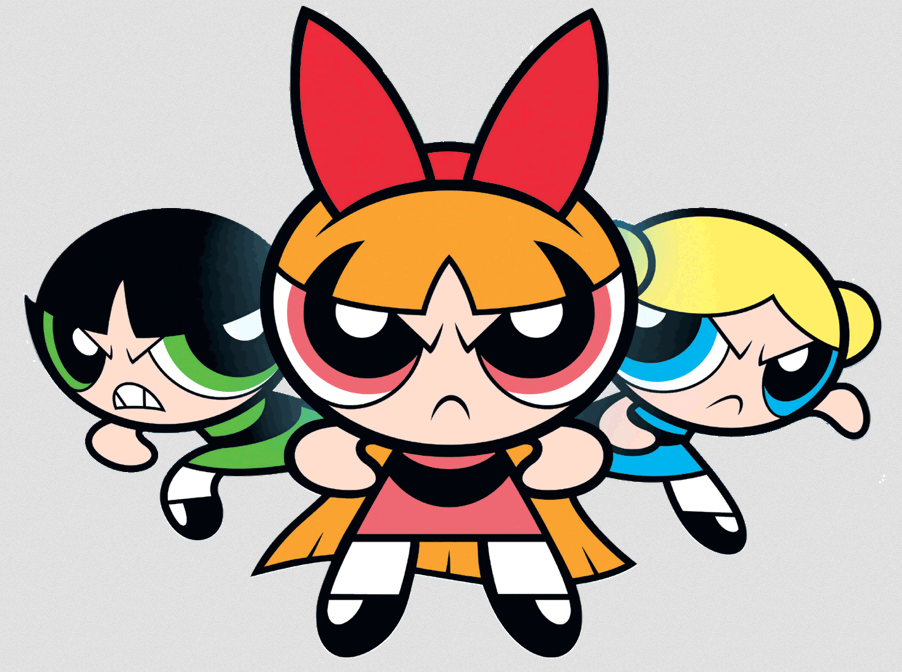 The Powerpuff Girls are coming back to Cartoon Network to use their superpowers derived from sugar, spice, everything nice, and Chemical X to save the city of Townsville from various bad guys yet again. Cartoon Network announced that the series will be relaunched in 2016 with an all-new television reboot and corresponding licensing program for the show that Cartoon Network says is one of its top grossing of all time.

“The original Powerpuff Girls was a franchise phenomenon for Cartoon Network, paving the way for a new generation of innovative storytellers and enthusiastic fans worldwide,” said Rob Sorcher, chief content officer of Cartoon Network, in a press release. Sorcher also made the announcement at the 2014 Licensing Expo in Las Vegas. “We are calling these girls back into action based upon an overwhelming demand for sugar, spice, and Chemical X.”

The Powerpuff Girls are triplets — Blossom, Bubbles, and Buttercup — created by Professor Utonium from the aforementioned ingredients sugar, spice, everything nice, and Chemical X. They are frequently asked by the incompetent mayor of Townsville to help save the city from destruction, a task they balance with school work and hopscotch playing. The show was created by Craig McCracken and ran on Cartoon Network from 1998 to 2005.

“As the original ambassador of ‘girl power,’ The Powerpuff Girls brand continues to resonate with people of all ages and there is tremendous excitement around introducing Blossom, Bubbles, and Buttercup to a new generation,” said Pete Yoder, Cartoon Network’s vice president of consumer products, in the press release. “With proven success and great content plans in place, there’s so much potential that we’re looking forward to explore with our licensing partners in the coming weeks.”

The Powerpuff Girls was well-received by critics and audiences during its seven-year run, lauded for its portrayal of positive female superheroes and its funny pop culture references that made it appealing to audiences of all ages.

Earlier this year, a CGI special The Powerpuff Girls: Dance Pantsed aired on the network and featured an appearance from Ringo Starr, who sang a song to promote the special and voiced the new character Fibonacci Sequins. McCracken wasn’t involved in the production of that special. For now, it’s unknown if the reboot will feature the new, CGI versions of the characters or if McCracken will be involved in the project at all. While Dance Pantsed received decent reviews, it didn’t quite live up to the high expectations set by the original series. If Cartoon Network is attempting the revival without McCracken, it’s unlikely the reboot will be able to attain the original’s quirky charm. Given the $2.5 billion in retail sales the merchandise from the show has generated thus far, it’s possible Cartoon Network doesn’t really care as long as it can sell more stuff.