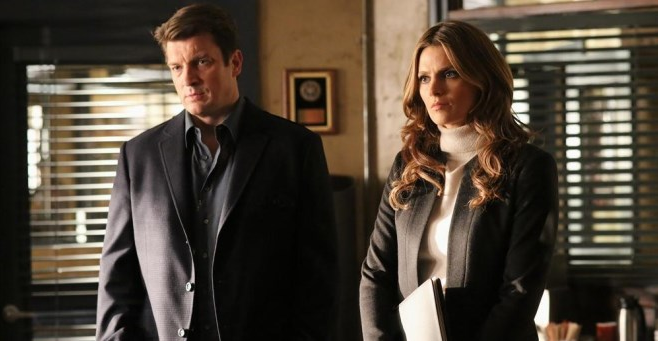 ABC’s Castle just wrapped its most-watched season yet, but the network is looking for further improvement from the crime drama series. ABC Studios announced Tuesday that the show’s creator, Andrew Marlowe, will step down as showrunner for the seventh season as executive producer David Amann takes over leadership. Entertainment Weekly reports that Marlowe will continue to be a presence on the show and will be involved in new projects with ABC Studios.

“Over the past four seasons, David has proven himself to be a tremendous leader and a great steward of our show’s unique voice,” Marlowe said in a statement seen by Entertainment Weekly. “I’m excited to continue our creative collaboration as he assumes his new responsibilities.”

The show follows the lives of best-selling mystery writer Richard Castle and NYPD homicide detective Kate Beckett as they work together to solve crimes in New York City. Castle’s partnership with the police department and Beckett begins when he is brought in by the NYPD for questioning about a copy-cat murder based on one of his novels. Fascinated by the workings of the department’s detectives, he asks to shadow Beckett and ends up using her as a model for the main character of his next book series. At first Beckett is frustrated by the idea of working with a writer, but the two eventually develop feelings for each other.

Entertainment Weekly reports that the show’s ratings have improved throughout the sixth season, finishing second overall in its Monday night time slot. The sixth season was the most-watched season yet for Castle when including DVR playback. All that success makes one wonder why ABC is messing with a formula that seems to be working.

Part of the answer could be the dissatisfaction from fans after the sixth-season finale. After the show teased Castle and Beckett’s upcoming wedding through the entire season, the ceremony was derailed at the last minute, leaving fans on a cliffhanger that resulted in more frustration than suspense for viewers of the show. The comments on Entertainment Weekly’s review of the season finale aren’t exactly favorable, with many saying they feel like the lead-up to Castle and Beckett’s happily ever after has gone on long enough.

Amann’s previous writing credits include Without a Trace, Crossing Jordan, and The X-Files. Considering his experience in television crime dramas and his four-year involvement with Castle, he should prove capable of successfully taking charge of the seventh season with Marlowe’s assistance.

Marlowe is also writing the screenplay for the upcoming Marvel movie Nick Fury, based on the character of the same name that has been portrayed by Samuel L. Jackson in previous Avengers films. Nick Fury is a former boxer from Hell’s Kitchen who is recruited by the Army and eventually leads the top-secret superhero organization known as S.H.I.E.L.D. That movie is one of many Avengers spinoffs currently in development.