Celebrities Who Awkwardly Watched Their Sex Scenes With Their Parents

Sometimes celebrities have the tough job of stripping down and simulating sex for television shows or movies. These scenes are often very awkward to shoot and celebrities have no problem talking about it. Things are even more uncomfortable when props and stunts are involved.

So you would imagine that many stars would probably avoid having their family members watch the scene. However, parents want to be supportive of their famous kids and often watch anyway.

The actress did a nude scene in the Wolf of Wall Street and decided to lie about it to her parents. The lie evolved into a very weird thing when she realized they were going to see it. She told The Hollywood Reporter all about the situation.

I just flat-out lied to my family for a really long time and I said, ‘I don’t care what you hear; there’s no nudity; I’m not doing any nudity. Ignore anything anyone’s saying; there’s no nudity. And then I thought, ‘The movie’s going to come out and they’re going to see that there’s nudity,’ so I changed that to, ‘It’s actually a body double and they just CGI’d my head onto someone else.’ My family doesn’t have anything to do with the entertainment industry … and they were like, ‘They can do that? And I was like, ‘Oh, technology these days. You wouldn’t believe what they do in Hollywood!’

Of course, the Australian star had to eventually tell the truth. “And then eventually I came clean: ‘I’m doing nudity, but you should read the book first, and if you still want to see the movie after reading the book …'” she said. 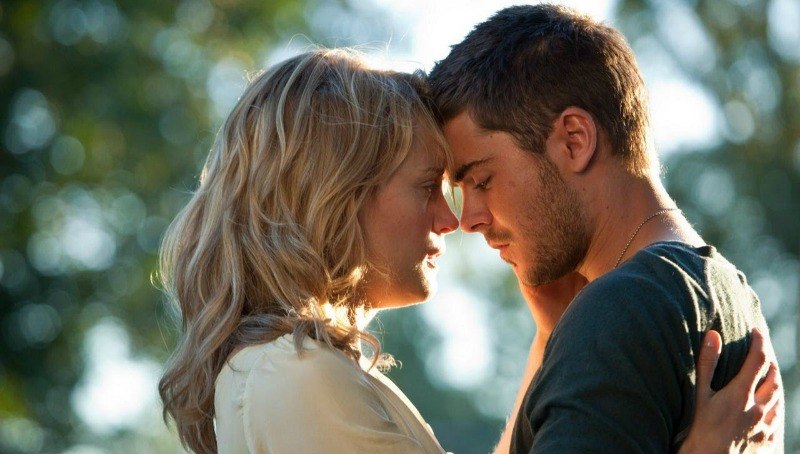 The Lucky One | Warner Bros.

The hot actor filmed a sex scene for The Lucky One, and his mom eventually watched it.

“We saw the film together and I was kind of squirming,” Zac Efron told People. “Even though she was a couple of seats down from me, I tried to duck out during those scenes because it was too embarrassing. Obviously, I’m acting, but knowing that my mom and my family were watching is kind of awkward. There’s really no way around it.” 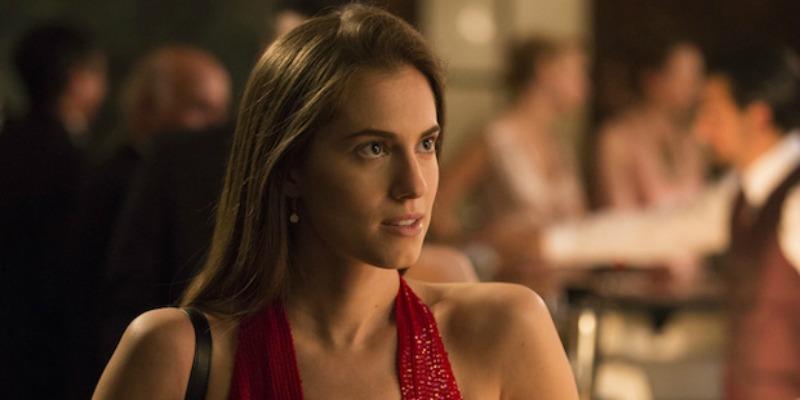 The Girls actress filmed multiple sex scenes for the HBO show, so she couldn’t avoid having her famous father see them. Jemima Kirke was with Allison Williams and her father, Brian Williams, when they watched one of the show’s sex scenes together.

“I was so nervous,” revealed Kirke to New York magazine. “I don’t even know [Brian Williams], but can you imagine [with this]?! Watching a kissing scene with my dad next to me is awful, let alone with you getting — whatever that’s called — motorboated in your a**.” 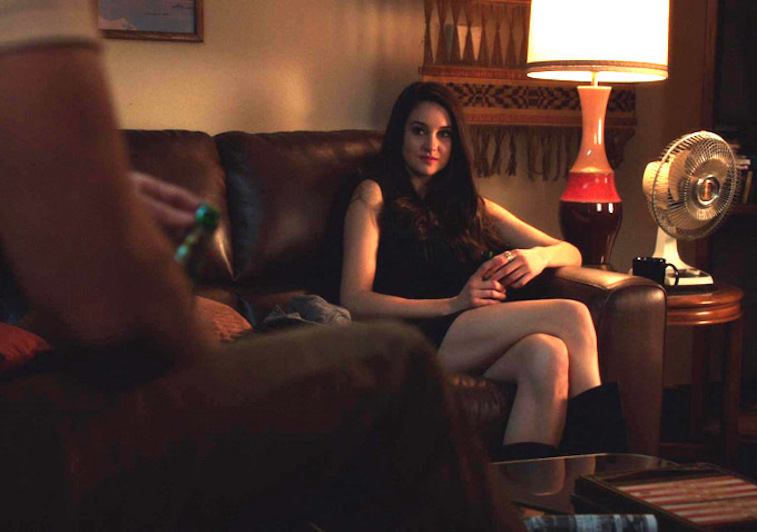 The actress filmed a sex scene for the film, White Bird in a Blizzard. She said having her parents watch wasn’t what she expected.

“My parents saw the film,” she said, according to E! News. “I thought it might be awkward, but they both loved it.” 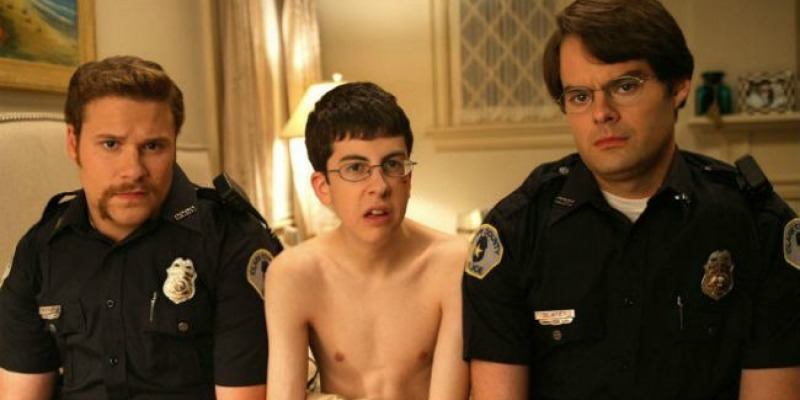 The Superbad actor actually had to have his mother there while filming his sex scene because he was only 17 years old at the time.

“Stupid law,” he said in an interview with GQ. “I was just sitting there with my bors on, waiting for my mom to drive down to the set. She got there, and I had fake sexual intercourse in front of her.” 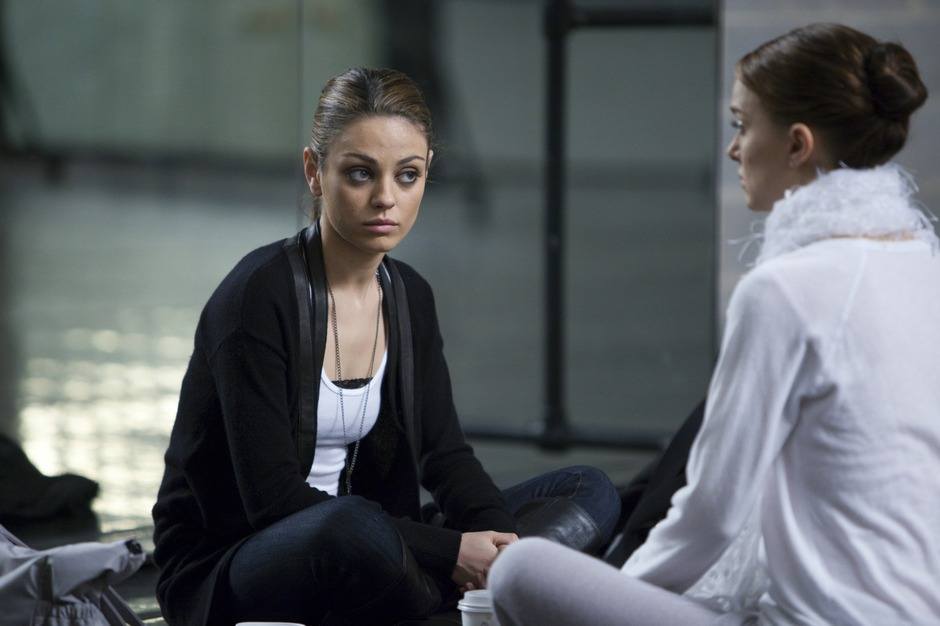 The Black Swan actress filmed a sex scene in the drama with Natalie Portman. Her dad couldn’t even get through the sex scene, although he tried.

“I feel sorry for my dad though,” Kunis explained to Parade. “If I’m not mistaken, he walked out during the sex scene in Black Swan. I just don’t think he wants to envision his daughter doing that kind of thing. I’m not sure if he’s going to be able to see Friends with Benefits. He’ll be leaving the theater a lot. I think I might have to ban him.” 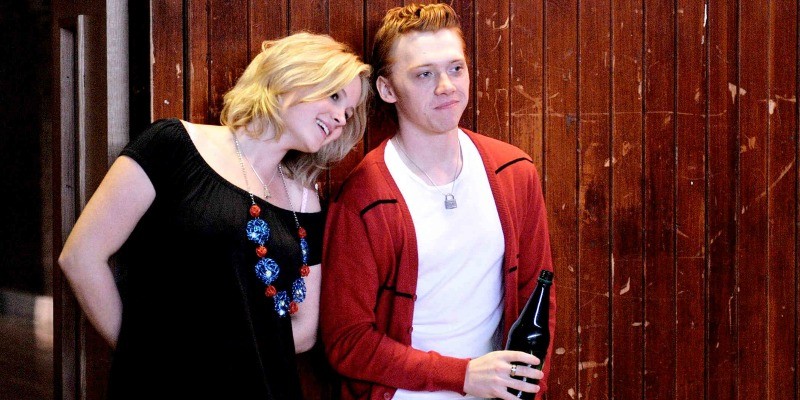 After years of playing Harry Potter‘s Ron Weasley, the actor has moved on to more mature roles that include sex scenes. He had to film one for Cherrybomb. “Filming it was a really nerve-racking experience,” he told The Mirror. “But the worst bit was watching it with my parents.”

He described the experience as agonizing. “When the scene arrived, we all sat there not really saying anything,” he continued. “Afterwards, nobody talked about it — which was kind of a relief.”

On The Road | MK2 Productions

The Twilight actress filmed a sex scene for On The Road and later watched it with her mom. She thinks it’s weirder to film a sex scene than to watch it with your parents. She explained this in an interview with HollywoodLife.

It’s hard to step outside of it. I know it’s funny to talk about it from an outsider’s perspective, like ‘Oh, it must be weird to sit down and watch your a** with your mom’ or whatever, but it’s so weird being on the inside of it. I genuinely don’t feel like … I don’t want to say that I’m watching another person at all, because what I love about my job is aspects of life that you relate to, but you didn’t quite know you had in you, can shock the s**t out of you and so the process of making the movie is finding out why you responded that way. 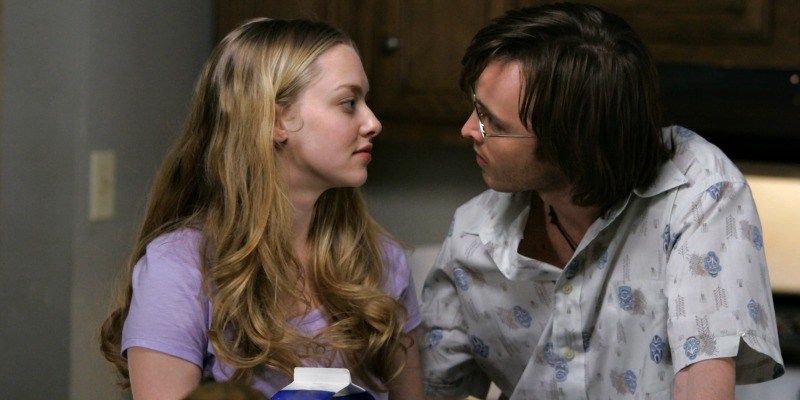 The actress showed Big Love to her parents and felt horrified when her sex scene came up.

“‘I was sitting there watching and all of a sudden, it cut to a scene where two people are having sex, and it’s me! Having sex! I just thought, ‘No, no, no!'” she told The Telegraph. “‘It was so much more graphic than I remembered. I was horrified.” 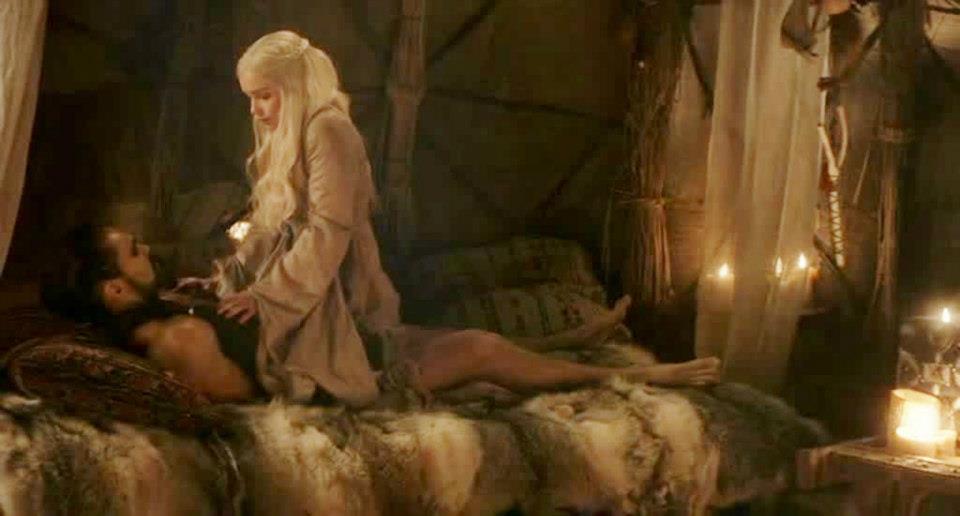 The Game of Thrones star started off the show doing multiple nude scenes. But she didn’t really think of that when she decided to watch a later episode with her parents and one came up.

“I ended up sitting them down and being like, ‘Let’s watch it‘, and then instantly regretting it,” she said. “My dad was like, ‘Again?'” She has tried to be more careful recommending episodes to them since then. 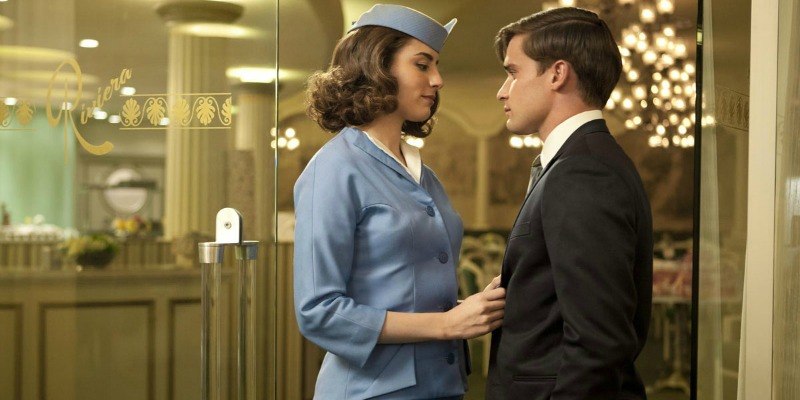 The actress filmed a sex scene for Magic City. Though her actor father, Andy García, became emotional about it at first, it turned out for the best.

“We watched that scene together — me, him and my mom — and it was fine,” Dominik García-Lorido told NY Daily News. “They actually thought it was beautifully done.” 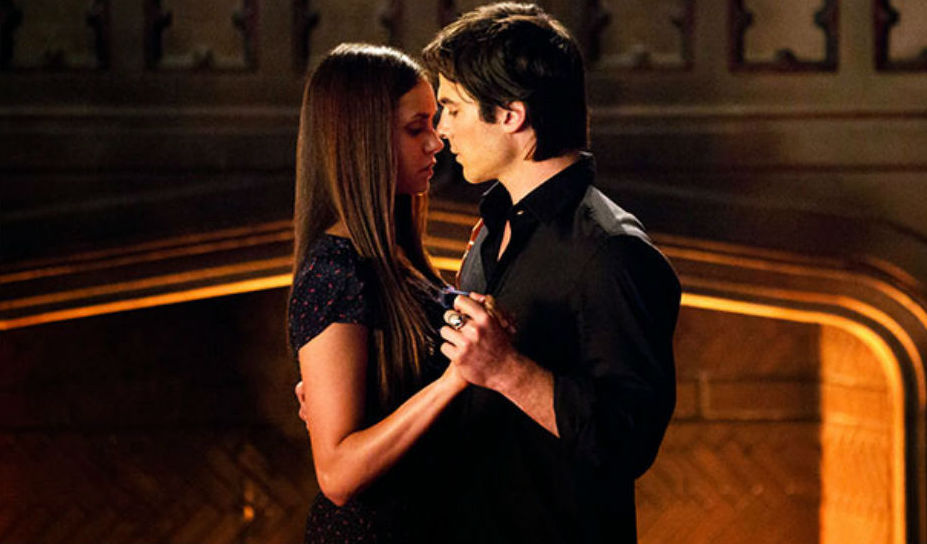 The Vampire Dairies star not only had her parents watch her sex scenes, but her mother also visited the set while she was filming one!

“The awkwardness, the weirdness, is like when my mom comes to set and I have to do like sex scenes or something,” explained Nina Dobrev to Conan O’Brien. “And that can get weird, but what is even weirder is when I come off set and she starts giving me notes.” 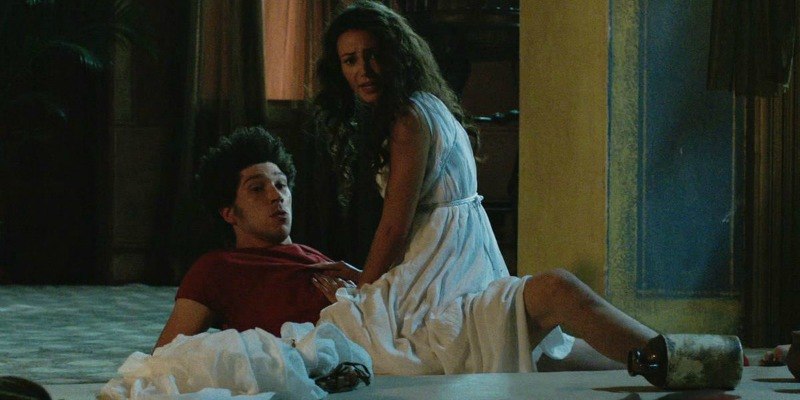 The actress filmed a sex scene for Our Girl, and things got awkward at the screening.

“With parents watching, it’s so cringe-worthy! We had a screening a couple of days ago in Manchester and my parents came,” Michelle Keegan said on BBC1. “But luckily I wasn’t anywhere near them, but my brother was… and it’s one of the first opening scenes.” 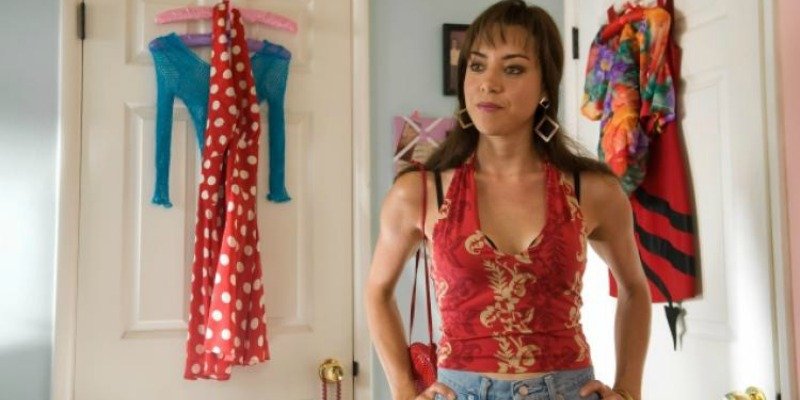 The funny actress did a sex scene in The To-Do List and it took her parents by surprise.

“My mom was shocked,” she told Vanity Fair. “But I think she’ll be O.K. My dad was actually really psyched about it. He’s not like my dad in the movie — he’s actually really excited and not weirded out [by the sex scenes] at all. Which I think is weird.” 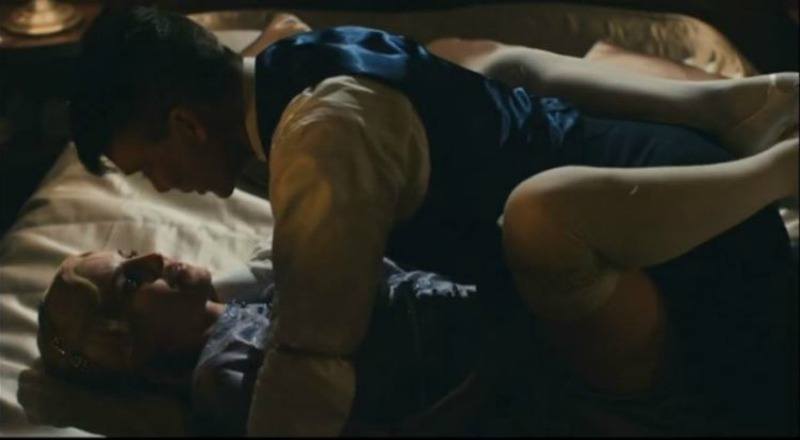 “I was in a sex scene,” she explained on The Graham Norton Show. “Watching it with [my parents] was so awkward and afterwards my dad said, ‘Well, we know where you get that from! Good girl!'”