17 Celebrities Who Did the Mannequin Challenge 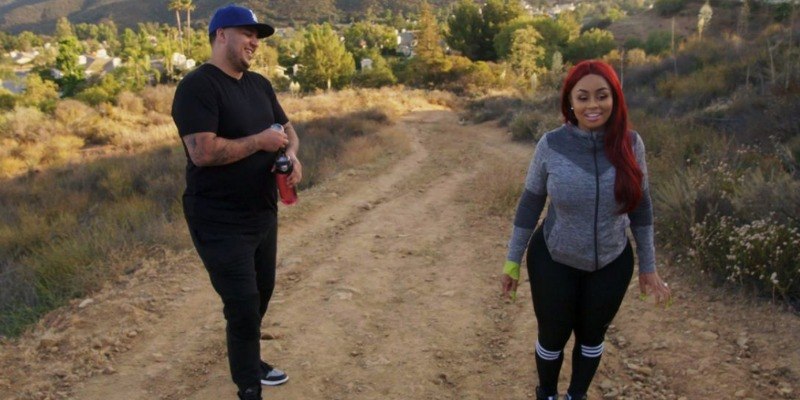 Once again, social media has come up with a new challenge for everyone to do. The Mannequin Challenge simply gets participants to freeze in one place, but people are getting creative with it. Some have actually managed to tell crazy stories through the challenge, and remain still in crazy positions.

Now, celebrities are getting in on the action. They have stunned their followers and started trending on social media for their fun take on the challenge. So which celebrities did you miss? Here are 17 who did the Mannequin Challenge.

The reality star and her fiancé Rob Kardashian had a huge day on November 10 because she gave birth to their baby girl! They named her Dream Renee Kardashian and she weighed 7 pounds and 5 ounces. The mother had the baby by C-section. Kris Jenner, Corey Gamble, and Chyna’s mom, Tokyo Toni were also at the hospital, according to E!

The parents have been active on social media throughout their pregnancy. “Checking on our baby girl! Never knew I’d be so happy about gaining 72 pounds!” the mother wrote in a caption of a photo of herself in the doctor’s office on Instagram. So it shouldn’t be that surprising that they were also updating social media before and after the birth.

Yes, after going through surgery and having a baby, Chyna also had time to take part in the Mannequin Challenge. She freezes as she’s about to push with Kris Jenner, her mother, and more by her side. This family definitely never takes a break from social media.

The powerhouse singer posted a video of her and her friends doing the challenge. Everyone is rocking cowboy hats and laughing it up at a bar as a song plays in the background.

Sure we’d like a Destiny’s Child reunion to happen on stage, but fans definitely were happy to see the trio participate in the Mannequin Challenge together.

The icon did a very simple pose at a piano for his challenge, but what makes it so great is that Rae Sremmurd’s “Black Beatles” is playing over it.

The talk show host is always staying up to date with the latest social media trends. So it’s no surprise that she along with her staff, did their own challenge, and it looks like she’s about to win a game of ping pong!

6. Dancing with the Stars cast

A long day of camera blocking calls for a midday #MannequinChallenge break. 😬🎉 #DWTS

The cast and crew got in on the fun by doing the challenge, and topped it off with a little dance at the end.

Soooo. This happened! Last night at @chefmichaelmina test kitchen for #internationalsmoke and they’re on to the next! @ayeshacurry congrats! #mannequinchallenge

The basketball player and a whole bar did the challenge together. He stops in the middle of taking a shot with the bartender.

The DJ celebrated a birthday by doing the challenge along with a whole crowd of fans. Of course they end up unfreezing to get back to partying.

This one might not be perfect, but it definitely gets points for having an interesting location! The rapper did the challenge while getting on a jet.

It looks like the comedian was working hard at the gym and decided to do his own version of the challenge. Stopping in the middle of lifting weights doesn’t look easy, but his facial expression is hilarious.

We use our bodies to make our own #MannequinChallenge 🎉 THANK YOU for voting #PieceOfMe for @TheBestOfLV!!!

The pop star announced that she won Best Resident Performer in Las Vegas with a fun mannequin challenge with her backup dancers.

The famous friends look like they were partying it up outside when they decided to strike a pose for the mannequin challenge.

They said it could not be done. But we did it. Rallied 150+ complete strangers in a bar to do the mannequin challenge. 😎 @cheeklane #MannequinChallenge #OneTake #nailedit🎯

The Vampire Diaries star was pretty ambitious with her video since she got 150 people to join in on the fun.

The Voice coach took a break from her radio interview to do the mannequin challenge. It looks like she’s using her skills on a different kind of keyboard.

The talk show host’s team did a pretty good job getting their challenge to span across multiple rooms.

This mannequin challenge will give you a serious case of FOMO given the celebrities at this awesome table.

17. Kristen Wiig and the cast of Saturday Night Live

While preparing for the upcoming episode, the cast of the show stike a pose for the challenge. Is there any better way to get people excited for Kristen Wiig hosting?