Celebrities Who Stand With DACA’s ‘Dreamers’ 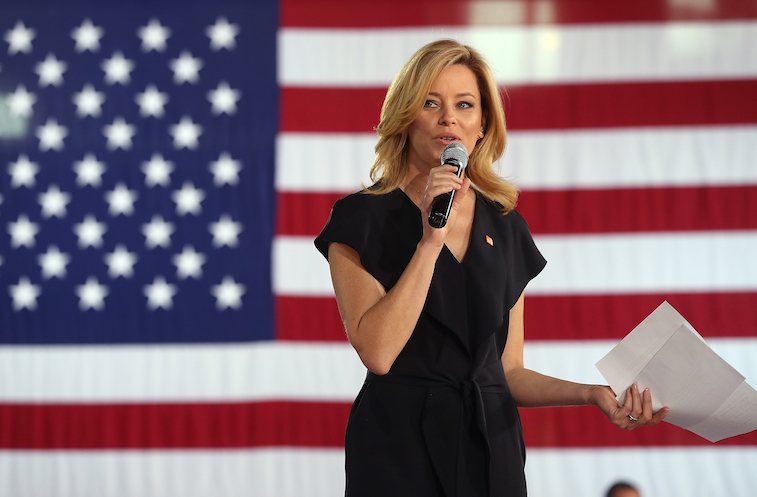 On Tuesday, Sept. 5, 2017,  Donald Trump and his administration made the decision to revoke the immigration policy put in place by Barack Obama in 2012, known as the Deferred Action for Childhood Arrivals (DACA). The policy, which was Obama’s response to the government’s refusal to pass the DREAM Act, was put in place in order to help children who have emigrated illegally to get jobs and stay in the country longer, so that they’re hopefully able to eventually gain citizenship.

As with so many other things Trump has done, many were infuriated by this decision. Amidst those fighting for DACA and the Dreamers are many celebrities, who voiced their opinions loudly on social media. Here are some of the standouts.

Spent the morning angry. Cooler head on now. Need to say (almost just inserted a lot of profanity) I love you #Dreamers I will #DefendDACA

The Pitch Perfect 2 actress and director never backs down from sharing her thoughts on politics. Though a self-professed “goofball,” Elizabeth Banks knows when to be serious.

Banks tweeted several times about the issue, including retweeting facts from others, such as Connecticut Senator Chris Murphy. She also tweeted her own message, in which she said, “I love you #Dreamers I will #DefendDACA.”

Thank you. I was starting to forget what a president is supposed to sound like. https://t.co/zv7zSpJIKA

He doesn’t just play Captain America in the Marvel Cinematic Universe. Chris Evans is happy to speak up  — and he’s not holding back.

Evans retweeted Barack Obama’s statement condemning the repeal of DACA. He added in his own snarky commentary, aimed directly at Trump: “I was starting to forget what a president is supposed to sound like.”

In my own words #unity pic.twitter.com/8gle4ZSk1a

Speaking of patriotic Avengers, Brie Larson (who will soon be seen on screen as Captain Marvel), posts about social and political issues almost arguably more than she does her own films. And two of her most recent Instagrams prove this.

Larson initially shared an image with the words “Defend DACA” written over and over, in the caption of which she urged her followers to call their senators in protest of Trump’s order. She followed this up with screenshots of a Twitter thread from user @ciriacisbeth that goes into detail about exactly what DACA is, encouraging everyone to fact check before they attack.

On Sept. 5, Cher tweeted a call for those who are able to house and protect Dreamers who are displaced, adding that she herself would be doing this. A Twitter user was skeptical, replying, “Sure you will Cher.. I’ll believe it when I see it!”

The singer’s response? “Then keep your eyes open b***h” — which has since gone viral.

#defenddaca (link in bio to how to help)

Even those outside of the U.S. want to help. Canadian citizen and Orphan Black star Tatiana Maslany has shared her opinion on social and political issues in the past, and this time is no different.

Maslany took to her Twitter and Instagram, where she shared a simple image proclaiming “I Stand With Dreamers.” Included with this is the hashtag, #DefendDACA, and a link to a HuffPost article titled “If You’re Outraged by Trump’s DACA Decision, Here’s How You Can Help Recipients Like Me.”

Lots of love to all. A March of decency and good that reflects the best in our nation. Diversity, inclusion and commitment. https://t.co/PbOeBmyuSd

He had something to say about DACA, too. On Sept. 6, Ruffalo tweeted, “Today our courageous and inspired #Cville2DC marchers arrive in DC! Come out and join their march against white supremacy! #DefendaDACA.” He has also retweeted many videos and facts on the subject.

Though she was born in the U.S., young model Gigi Hadid is the daughter of immigrant parents. So it makes sense that she would be in support of DACA.

Considering her profession, her Instagram feed is heavily populated by images from photo shoots and fashion shows. But she took time out to share a quick message of support for Dreamers, simply captioned “#daca.”

The founder of the most popular social networking site on the web remains relatively silent, often even refraining from commenting on issues directly related to Facebook. But Mark Zuckerberg has professed his frustration with Trump’s administration on a couple of occasions.

He shared several paragraphs on Facebook (naturally), in which he called the move “particularly cruel” and spoke about his own connection to Dreamers. Zuckerberg ended his message by encouraging readers to call their representatives and shared the URL Dreamers.FWD.us.

But that’s not all — Zuckerberg took it one step further. The next day, he sat down and talked with three Dreamers in his own home, in order to get a real perspective on the issue. The conversation is 45 minutes long, but well worth the watch.

Back to things that MATTER IN THE WORLD. #DefendDACA Please spread the word. https://t.co/IemUMuw4KS

Self-described activist Sophia Bush may still be best known for her stint on teen drama One Tree Hill, but today, her life is about a lot more than her acting career. Bush has supported countless causes throughout the years, often with the aid of her social media clout.

But regardless of how much good you do, there will always be “haters.” On Sept. 6, in several tweets, Bush expressed her frustration with fake fans who judge her and say mean things. However, she also used the opportunity to end her proclamation on a positive note, writing, “Back to things that MATTER IN THE WORLD. #DefendDACA Please spread the word.”

#Repost @undocumedia ・・・ ✊#CallToAction Will you take one minute from your day to repost this post on Instagram, retweet on Twitter, and share on Facebook? Let's show them that they can't break our spirits – we always find a way! Immigrants get the job done!! #DefendDACA Follow @UndocuMedia for the latest on #DACA & immigration. #ImmigrantJustice

As Trump’s views on immigrants have been aimed primarily at those from the Middle East or Mexico, George Lopez, a Mexican-American, is one actor many may look to for their opinion. And Lopez isn’t holding back — he’s spoken out against the administration’s policies on many occasions, and this one is no different.

I stand with the #Dreamers #DefendDACA

A young, white socialite who grew up alongside Ivanka Trump is probably the last person you’d expect to speak out against the president. But Paris Hilton, though not exactly in the spotlight the way she was in the early ‘00s, has an opinion on this matter.

Hilton took to Instagram to share a double post in support of DACA. The first image is quintessentially her: a simple pink backdrop with some of the lyrics to “This Land is Your Land.” She captioned it, “I stand with the #Dreamers #DefendDACA.”

I stand with the DREAMers right to stay legally in the country that they grew up in.  Please tell your representatives it's unfair to deport people from a country that they came to as a child, and in many cases is the only country they know.  We are a country of immigrants built on dreams.  We are all dreamers searching for the truth!

Despite her own personal struggles over the last few years, musician Kesha has shown her empathetic nature many times in support of LGBTQ+ rights, among other issues. Last week, she shared a message for those affected by Hurricane Harvey, and she was also keen to tackle the latest U.S. disaster.

Kesha shared an image of a tattooed woman holding up a sign that reads “Dreamer” among other protesters. The artist included a few sentences as her caption, ending it with a positive message: “We are a country of immigrants built on dreams. We are all dreamers searching for the truth!”

Shouldn't all people, no matter where they come from, have the right to dream, to believe and to belong. #dreamers

Though he’s known as an Oscar-winning actor to most, you wouldn’t know it from his Twitter account. Whitaker tweets almost exclusively in support of various causes, including his own organization, Whitaker Peace & Development Initiative.

He had a simple message to share on behalf of DACA: “Shouldn’t all people, no matter where they come from, have the right to dream, to believe and to belong. #dreamers.”

Okay. The Bad Man continues to do bad.
Your move, Congress.#DefendDREAMers #DREAMAct #LetsGo

One of the most sought-after men in showbiz these days, Lin-Manuel Miranda, Hamilton playwright and an American of Puerto Rican descent, has a lot to say. He frequently uses his Twitter to share with his 1.6 million followers his dissenting opinions on the Trump administration.

Miranda chimed in amongst the DACA chatter with a plea to our government. He wrote, “Okay. The Bad Man continues to do bad. Your move, Congress. #DefendDREAMers #DREAMAct #LetsGo.”

I stand with dreamers!

Rapper and music mogul Sean “Diddy” Combs occasionally tweets a bit nonsensically, but it appears he always seems to have good intentions. Indeed, when he’s not sharing clips and encouraging phrases with the hashtag #HustleHarder, he finds plenty of time to show his support for various causes.

He had little to say on this particular subject, but got his positive message out just the same. Diddy tweeted simply, “I stand with dreamers!” on Sept. 5., before switching gears and promoting an upcoming speaking engagement.